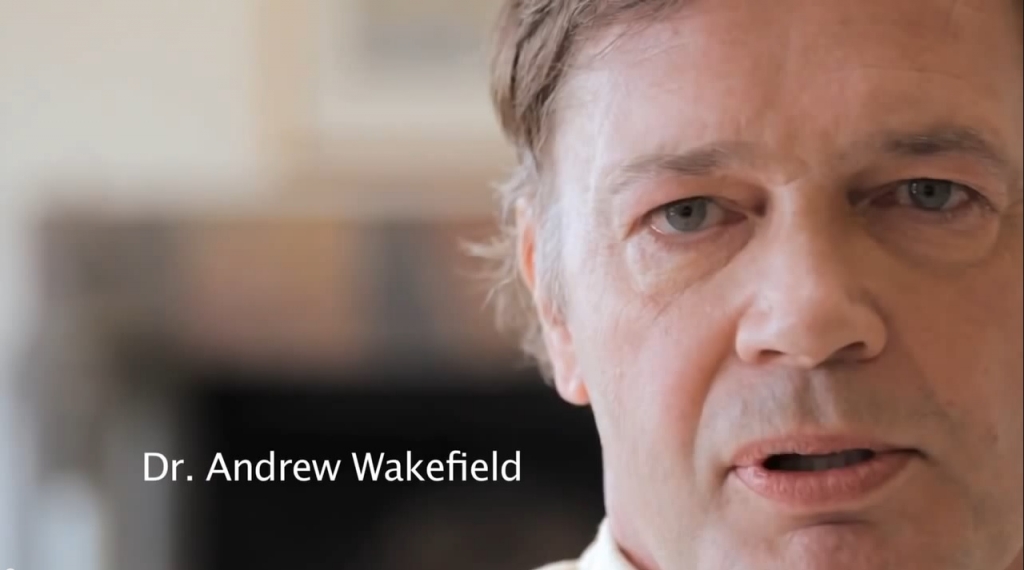 In what is perhaps the biggest news event of the year (that the mainstream media does not want to cover), the full ramifications of Dr. William Thompson of the CDC coming forward as a whistleblower to confess that the CDC has covered up data linking vaccines to autism are yet to be seen. (See: CDC Whistleblower: CDC Covered Up MMR Vaccine Link to Autism in African American Boys)

However, while blame and (hopefully) criminal complaints more than likely await many people who participated in this cover-up, there is one man who deserves honor, and to whom the mainstream media owes a huge apology: Dr. Andrew Wakefield.

Dr. Wakefield is the world-renowned gastrointestinal surgeon and researcher who has been accused of fraud and fabricating studies that show a link between the MMR vaccine and bowel disease, present in many children with autism. Dr. Wakefield was not an anti-vaccine doctor. Rather, he was a doctor interested in vaccine safety, and his studies led him (and many other researchers) to believe that there were problems with the three-combo vaccine of measles, mumps, and rubella (MMR). He did not advise his patients to stop vaccinating, but instead to vaccinate for these three diseases with single vaccines, rather than the combo.

Dr. Wakefield’s research regarding the MMR vaccine and its link to bowel disease and autism was originally published in the Lancet. But a journalist by the name of Brian Deer published an article in the British Medical Journal criticizing Dr. Wakefield and accusing him of fraud. As a result, his study in the Lancet was retracted. Dr. Wakefield, and one of the co-authors of the retracted article, Prof. John Walker-Smith, were barred from practicing medicine by the United Kingdom’s General Medical Council regulatory board.

What you will not read in the mainstream media, however, is that both the BMJ and Lancet have strong financial ties to the manufacturer of the MMR vaccine. (See: BMJ & Lancet Wedded to Merck CME Partnership) You probably also did not read that Dr. Andrew’s co-author in the study,  Prof. John Walker-Smith, fought an expensive legal battle against the United Kingdom’s General Medical Council and won. He was completely exonerated.

Dr. Andrew Wakefield, in the meantime, lost his career and name for simply following the truth his research led him to. He became the scapegoat, the “straw man” to knock down in the mainstream media. Every time someone would bring up any question regarding vaccines and autism you will usually encounter something like: “That theory has been totally proven false, and the guy who made it up was convicted of fraud.” I have even had people tell me on social media that “the guy” (most don’t even know his name) did “prison time.”

However, Dr. Wakefield was never convicted by a jury or in a court of law, and he lives in the U.S. today. He has issued challenges to his accusers to debate him in the media, but of course they have never accepted his challenge. He is a leading expert in gut health, a subject sorely needing research today, in an age where not only vaccines, but antibiotics, pesticides, and many other things have destroyed our ability to digest our food properly, leading to many bowel diseases. A list of his research, provided from his Facebook Page, is listed below.

If you want to know what people who personally know Dr. Wakefield think about him, read this report from one of the parents of two children that were part of his study that was allegedly “fabricated.” Dr. Wakefield was so successful in working with parents and children in in the U.K., helping them to find solutions to complicated health problems, that a British TV program was made dramatizing his work in the 1990s. It recently resurfaced on YouTube here.

Why is This Serial Online Harasser Supported by the Times of London?