Holy sh*t it’s like the UK has no comprehension of its own laws and just arrests everyone for anything they want with impunity. So they are claiming he violated a reporting ban but the reporting ban law is about publication of court case information that has a reasonable chance of causing violence/harm to the defendants. They also claim that he is in violation of “breach of peace”, but in UK law that would mean that he is attempting to damage property or people of which recording video is neither. He’s also not with a publication and is just a citizen. Amazing.

Seems as though only the UK papers have scrubbed the story.

[TLB editors had to switch between two different platforms to make this a complete story from IWB due to censoring.]

This is some spooky 1984 Ministry of Truth Orwellian Bullshit if the UK has a gag order on the press from reporting about Tommy Robinson’s Imprisonment.

How can you be arrested and sentenced in the same day. What happened to due process?

Articles about the arrest and subsequent imprisonment of independent journalist and activist Tommy Robinson are being rapidly scrubbed from the internet after the British government put restrictions in place banning any reporting on the matter.

Robinson, 35, was arrested on Friday for suspicion of ‘breaching the peace’ while livestreaming to report on the trial of a child grooming gang. He will now have to serve a prior 13 month suspended sentence for a similar offense.

They are being taken down in real time. This is 1984. The UK is a police state. pic.twitter.com/hWV3mQCCMQ 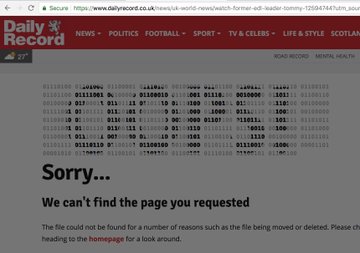 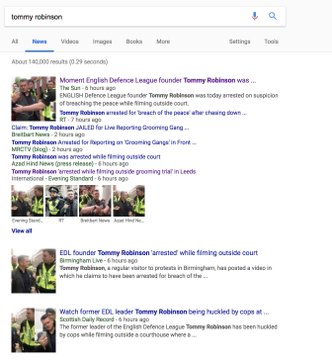 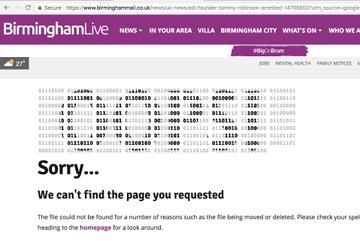 Articles from the Daily Record, Birmingham Live, The Mirror, RT and even Breitbart News were all taken offline in the hours following his detention.

The leaked gag-order to the press states that it “appears to be necessary for avoiding a substantial risk of prejudice to the administration of justice in these proceedings.” The order prohibits “any report of these proceedings.”

Monroe has also been archiving the deleted stories.

Tommy Robinson sentenced to a year in prison: The shocking facts UK authorities are trying to keep secret

(TLB) published this article from IWB with our sincere gratitude for the availability.

Bill Maher: The Woke Liberals Have a Bad Case of Progressophobia [Video]