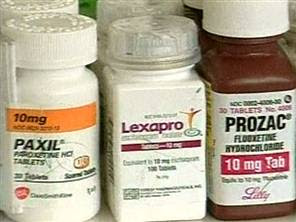 I am Ann Blake Tracy, author of Prozac: Panacea or Pandora? – Our Serotonin Nightmare. Since early 1990 I have devoted every minute of my life to researching and writing about the SSRI antidepressant drugs. Since 1992 I have been testifying as an expert court witness on their adverse effects. I also head an international organization, the International Coalition for Drug Awareness (www.drugawareness.org), designed to educate the medical profession, patients, government authorities and others about these adverse effects and their impact upon our society. To see a full bio of who I am and what I have been doing over the past two plus decades you can go to http://www.drugawareness.org/mission/board/

In the beginning I had NO idea the overwhelming opposition I would face in my attempt to point out the obvious faults in the hypothesis behind these new antidepressants. I quickly learned that opposition was due to the massive amount of income produced by this group of drugs. But when I saw the damaging results I have seen from these drugs upon our society, I was determined to help save the lives of so many that are being needlessly lost. So concerned was I about the violence we were seeing in women and children I called the NRA and asked them to help me warn of the dangers of these drugs telling them that in the end these drugs would be the means by which enough violence would be produced that there would be a call to take America’s guns. Two decades later that is exactly where we are. Once you understand the science behind the drugs you will be able to see that such a prediction was only simple deduction.

Most important to learn is that SSRI (selective serotonin reuptake inhibitors) antidepressants are the most similar drugs to LSD and PCP– long known to produce indescribable violence, we have ever seen. Yet LSD, was patented in 1956 by Eli Lilly, the makers of Prozac which was the first of these SSRI antidepressants to be produced. They marketed LSD as a cure for mental illness and alcoholism and as an aid in psychoanalysis even though initially LSD was introduced by Sandoz Pharmaceuticals as a way to chemically induce insanity in someone so that scientists could then determine what was the root cause OF insanity.

PCP was introduced by Parke Davis Pharmaceutical and thought to be such a safe and effective prescription drug that it was on the market 7 years before pulling it. Its removal from the market was NOT due to concerns of the AMA or FDA, but at the insistence of law enforcement and judges who were tired of dealing with the violence produced by the drug. In fact over the past decade now scientists have even suggested that Ketamine (Special K), a sister drug to PCP, is the perfect antidepressant … with only one major drawback being the hallucinations/psychosis it produces. Of course since PCP and Ketamine are anesthetics they should know the drugs would stop all feeling, but do we really want a huge portion of society walking around under anesthesia? Yet since these antidepressants are so similar in action that is exactly what we have now.

In the early 2000′s law enforcement began to ask why violence for seemingly NO reason at all was appearing everywhere. And in February of 2004 Sheriff Richard Mack testified before the FDA on this same type of violence being produced as a result of these antidepressants. He ended his comments with: “”Some people don’t have the adverse reaction to these drugs, some do. I learned the same with LSD when I investigated that as an undercover narcotics officer. I can only say that the evidence is mounting over and over [as we investigate]. We cannot, as law enforcement officials, ignore such circumstantial evidence. I doubt very seriously if you could either… I am an advocate for state’s rights and I do believe that if the FDA fails to take action, the state and local authorities will have to.” (Sheriff Mack’s full testimony can be viewed here:  http://youtu.be/t9wLpnu-iSc)

As you look at the following information I believe you will agree that it is time for state and local authorities to take action.

ANTIDEPRESSANTS & SCHOOL VIOLENCE: This is a very long list of school violence/shootings we have documented which have been linked to antidepressant use since 1988 – 67 cases on the list: http://www.youtube.com/watch?v=JpFoivbZH1o&feature=youtu.be

A direct link to this list where you can read more on each individual case is at http://www.drugawareness.org/ssri-nightmares/school-shootings and an entire database of almost 5000 cases like this ending in workplace violence, murder/suicides, etc. is at www.ssristories.drugawareness.org

Two other videos which you will find extremely enlightening are Corey Baadsgard’s video interview with him and his father about his own experience as the only school shooter I am aware of to talk about what happened, “Why I Took a Gun to School…”http://www.drugawareness.org/recentcasesblog/why-i-took-a-gun-to-school-1

Mark Taylor was the first boy shot at Columbine High School. He took 7 -13 bullets and survived. He became known as the Columbine Miracle Boy. This is Mark’s story about a new nightmare worse than what happened the day he was shot Mark Taylor’s Fight for Columbine.” You will learn about the cause of Columbine which includes Michael Moore stating it was NOT the guns, but the antidepressants that caused Columbine: http://www.drugawareness.org/recentcasesblog/mark-taylors-fight4columbine

Here is Mark’s testimony before the FDA: http://www.drugawareness.org/fda-testimony/mark-taylors-testimony-before-the-fda-9132004

For the science behind the violence I would point out that these drugs have suicidal and homicidal ideation listed as side effects. Ideation is not just thoughts of either suicide or homicide. Ideation is ruminating compulsive thoughts or actions resulting in suicide or homicide. Once again I ask why is it okay to have prescription medications on the market known to cause both suicide and homicide? I refer also you to my brief September 2004 FDA testimony. http://www.drugawareness.org/fda-testimony/dr-ann-blake-tracys-september-13-2004-to-the-fda and my 2006 FDA testimony to give you more in depth information on other types of cases these drugs are producing other than school shootings: http://www.drugawareness.org/fda-testimony/dr-ann-blake-tracys-december-13-2006-to-the-fda

Another very serious issue I have been tracking this entire time is the problems in the military with these drugs. Hopefully you noticed the last two mass shootings in the military, the Navy Yard shooting and the Fort Hood shooting were both committed by someone taking antidepressants. Besides that since about 2007 the number of suicides in the military have outnumbered the deaths in battle – a first in our military while young recruits are being told they must take these antidepressants to go into combat. At this point we now have 660 suicides and another 1600 suicide attempts per month! I know the very large majority are being caused by these drugs, but it needs to be documented and then it needs to stop!

It is also important to note that I just testified before the Danish Parliament on the brain damage, endocrine damage and terrible long term withdrawal associated with antidepressants. Critical to understand is that the FDA has issued warnings that ANY abrupt change in dose of an antidepressant (whether increasing or decreasing the dose) can produce suicide, hostility, and/or psychosis. The withdrawal MUST be extremely (months and even years) in order to avoid these deadly effects!

Please feel free to contact me after viewing this information if I can answer any question left unanswered or if I can be of any further assistance.