Trump-Putin Had a ‘Tremendous’ Meeting; The Left Goes Ape

Anything short of a declaration of war is treason, according to some in this country. I see the neocons are mostly never Trumpers now, without an organ in the government to draw from. Since their interests and the democrats are aligned now, the left would be wise to ignore them and cast them out from their party, otherwise you will soon become the party of war.

On the topic of the Trump-Putin meetings, the President said it was ‘tremendous.’

Putin said Trump was a lot different in person than on the teevee, implying that teevee Trump is somewhat of a cracked coconut.

Now the media doesn’t like this one bit, or those on the left who’ve been trying to pin a treason charge on Trump for his ‘collusion’ with the Russians to hack into John Podesta’s email box — helping him to steal the election from Hillary Clinton.

If Secretary of State Rex Tillerson’s readout of Donald Trump’s meeting with Vladimir Putin is a preview of the Trump administration’s approach to Russia, it’s going to be a rough three and a half…

What Trump made clear in Europe is that he will not deter Putin from future election meddling. Americans must prepare a defense without him.

Upset because Trump didn’t permit leakers into his meeting with Putin.

We’ll never know what was said, but let there be no doubt about this: Trump has no intention of protecting America from Russian influence. https://twitter.com/jimsciutto/status/883400482072416256 …

Morning Joe’s take: Trump is hanging out with an autocrat who kills journalists. What?!

Even if you accept Tillerson readout, Trump never threatened Russia with punishment for past or future election interference. Big Putin win.

Russian President Putin says US President Trump appeared to agree that Moscow did not interfere in election http://cnn.it/2u47VE3 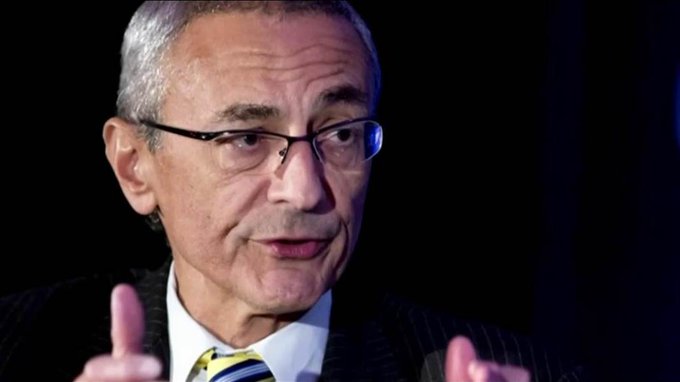 John Podesta: The President is unhingedhttp://on.msnbc.com/2tXACBH

And here’s Max Boot again, former Romney advisor, neocon scum, comparing the cold war to alleged Russian hacking. Essentially, what Max and others want you to swallow is the black pill — never question US intelligence reports or ask for proof. We are supposed to just sit here and believe it, even after the disastrous Iraqi war intelligence failures. Trump’s position is not in line with the “IC”, so they’ve been at war with him since day 1.
And here is the crown jewel, the heart of the left, Maxine Waters going on a rant that encapsulated just about all of the phobias now present in the democratic party.
*********
Original article
TLB published this article from iBankCoin with our thanks for the coverage.
About the writer Dr. Fly