U.K. Politician on Migration: No One Asked Us if We Wanted Our Culture Destroyed

“No one asked the people of the UK if we wanted our culture and way of life destroyed.” So said Janice Atkinson, an independent Member of the European Parliament (MEP) for South East England, in a recent interview. The stateswoman, author of the book Migrant Crime Wave: The EU Cover-Up Revealed, also lamented that Britons “have imported the third world, and are now suffering from third world practices.”

In the interview, published on Thanksgiving Day by Jihad Watch, Atkinson takes an uncompromising stance toward Islam, whose adherents have changed Britain’s face over the last two decades.

The MEP also complained about a culturally cowed U.K. that has enabled this transformation, telling interviewer Joshua Winston,

“We have allowed this [Muslim] minority to exist in their own multicultural bubble which has festered hate, mistrust, misogyny and abhorrent practices such as FGM, child marriage, arranged marriage and Sharia law. And, of course, child sexual grooming, which is conducted by 80% Pakistani/Pakistani heritage men.”

Atkinson is referring to outrages such as the Rotherham child rape-gang scandal, in which the sexual abuse and torture of approximately 1,400 native British girls by primarily Muslim perpetrators was allowed to continue for 16 years because cowardly British authorities were afraid of “racism” accusations.

In fact, a U.K. official who blew the whistle on the scandal was forced into “diversity training” and was told, “You must never [again] refer to Asian [Muslim] men,” and your “awareness of ethnic issues” needs to be raised.

As for the U.K.’s raising the white flag, another example Atkinson mentioned was the case of Pakistani Christian Asia Bibi. Despite being acquitted of a trumped-up blasphemy charge by Pakistan’s high court, Bibi, a mother of five, is now targeted by Muslim mobs intent on seeing her stoned. Yet even though her life is in imminent danger, Britain refused her asylum because, well, the inmates are running the asylum — that is, authorities are afraid of inflaming their Muslim minority (video below). 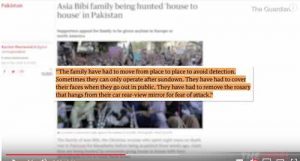 Lamenting this mentality’s importation, Atkinson also told Winston that she was struck by how Muslims “migrate to Western countries, presumably to live a free existence for their families, but then revert to living under Islamic rule”; she said that “Sharia [law] is unacceptable under any circumstances.”

Yet as CBS News reported in 2006 in its piece “Many British Muslims Put Islam First,” 78 percent of U.K. Muslims advocate punishing the publishers of Muhammed cartoons. A 2010 study found that 32 percent of Muslim students surveyed at 30 British universities support killing for Islam, and a poll of 40,000 Al Jazeera readers conducted by the news network earlier this year revealed that 80 percent of them supported ISIS.

The same phenomenon is apparent in the United States. For example, “the Center for Security Policy released a 2015 poll of Muslims in the US showing that ‘a majority (51 percent) agreed that ‘Muslims in America should have the choice of being governed according to Shariah,’” as I reportedlast year (related video below). 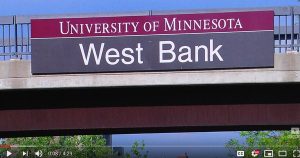 None of this is surprising, as changing countries isn’t synonymous with changing cultures. People may migrate to the United States — or to a freer, less expensive state within it — for a better lifestyle. But this won’t alter their deep-seated emotional attachments to misbegotten ideas. Thus do south-of-the-border migrants, and Northeast liberals moving to the South, bring their socialist/statist mentalities to their new home — resulting, when they vote, in governments there that start to resemble the ones they fled.

Atkinson touched on this phenomenon as well, averring that British capitulation to Muslims is partially explainable by their being “the left’s voter base.” It’s similar in the United States, mind you, where 85 to 90 percent of our (im)migrants hail from the Third World and 70 to 90 percent of them vote Democrat upon naturalization.

Atkinson also mentioned that even “so-called Conservatives … do not understand [the threat], and that is why they are losing votes to the so-called ‘populists.’” Quite true, as Westerners in general are in the grip of what I call immigrationism, the belief that immigration is always good, always necessary, always above being questioned, and must be the one constant in an ever-changing universe of policy. Thus is it never halted — even when the rate of immigration greatly exceeds that of assimilation.

Immigrationist or not, Atkinson is certainly a realist, as her prescription evidences. “Islam, if not curbed, will be a huge problem,” she said. “We should halt all new mosques; shut down those financed by Saudi Arabia, deport hateful Imams and tell the adherents that they have to live by the law of our land, not Sharia. We should also consider a ban on Muslim migration from countries like Pakistan.”

She then spoke of the cultural change, mentioning that the locality Tower Hamlets “is Sharia-compliant and burkas are de riguer [sic].” Moreover, those who complain in an “unapproved” manner may be silenced with hate-speech law (which Atkinson insists must be abolished).

In fact, “No one asked the people of London, or indeed, the UK, whether we wanted to have apartheid in our towns and cities,” she continued. “No one asked us if we wanted our culture and way of life destroyed.”

Yet the pseudo-elites never ask; they just proceed like a bull in the China shop of a nation’s culture — and our land is no exception. Just consider how the Immigration and Nationality Act of 1965 — which changed the face of U.S. immigration — was sold to the unsuspecting American people at the time with “Dewey Defeats Truman” quality predictions.

Among them was this stupid-pill gem from Secretary of State Dean Rusk: “I don’t think we have a particular picture of a world situation where everybody is just straining to move to the United States.”

He would have been accurate if he’d just stopped at “I don’t think…” (I mean, yeah, who’d want to move to the United States when you could live in Third World squalor?)

Yet the real prevarication-packed prediction came from the 1965 act’s high-profile promoter, Senator Ted Kennedy (D-Mass.), who boldly stated, as presented by the Center for Immigration Studies:

First, our cities will not be flooded with a million immigrants annually. Under the proposed bill, the present level of immigration remains substantially the same…. Secondly, the ethnic mix of this country will not be upset…. Contrary to the charges in some quarters, [the bill] will not inundate America with immigrants from any one country or area, or the most populated and deprived nations of Africa and Asia…. In the final analysis, the ethnic pattern of immigration under the proposed measure is not expected to change as sharply as the critics seem to think.

Incredibly, every single above line was an untruth (or a lie — you can be the judge). The actual results of the immigration change?

• We were flooded with just about a million immigrants annually (now it’s up to 1.3 million), an increase from the historical average of 250,000.

• The country’s ethnic mix was radically altered. Its European-extraction peoples decreased from a historical norm of approximately 85 percent of the population to only 61 percent today, and their share is projected to drop to 46 percent in 2065.

• A full 26 percent of our immigrants are from one country, Mexico; and, again, 85 to 90 percent do come from the “deprived” Third World.

• Immigration’s “ethnic pattern” changed completely, transitioning to the above despite previously having been primarily a European phenomenon.

Whether this was accidental or by design is a question, though logic dictates that some politicians (not the swiftest bunch) were more insightful than others.

As for Britain’s diversity blessing, though, it certainly was no accident. After all, ex-Tony Blair aide Andrew Neather confessed in 2009 that the previous years’ massive Third World migration into the U.K. was intended, as he put it, “to rub the Right’s nose in diversity and render their arguments out of date.”

And that’s what happens when love of power exceeds love of country.

ER recommends other articles by The New American

UKIP Leader Hints Tommy Robinson Could Be Locked Up With Islamists Who Tried To Murder Him.

Burkas & Buffoons: Boris, Baroness Warsi and the War on White

2 Comments on UK Politician on Migration: No One Asked Us if We Wanted Our Culture Destroyed