Having secured the crucial endorsement of GOP swing vote Sen. Susan Collins of Maine, the Senate now votes to confirm Supreme Court nominee Brett Kavanaugh, after the embattled Judge finally secured the necessary votes to become the next Associate Justice.

With Kavanaugh’s ascension to the highest court in the land, liberals have raised concerns that a firmly conservative Supreme Court may roll back abortion rights, outlaw affirmative action, protect religious rights and limit federal regulatory power.

Kavanaugh’s work on a federal appeals court suggests he will align with his four fellow Republican appointees in ideologically divisive cases. Kavanaugh will succeed the retired Justice Anthony Kennedy, the court’s swing vote for the last decade. –Bloomberg

“It is quite possible we will have not just a conservative court, but an aggressively conservative court — a court that would not merely refrain from protecting civil rights, but one that may be poised affirmatively to strike down progressive state and federal laws and regulations for decades to come,” said Walter Dellinger, Bill Clinton’s top Supreme Court attorney

That said, Kavanaugh says he considers the landmark abortion legislation of Roe v. Wade as “important precedent” and “settled law.”

The USSC may also weigh in on pending appeals to decide whether federal law outlaws employers from discriminating on the basis of gender identity or sexual orientation, as well as Trump’s efforts to roll back deportation protections for undocumented migrants.

This live feed is via ZeroHedge with our thanks at TLB for the coverage.

“The sergeant in arms will restore order in the gallery,” Vice President Pence, who was presiding over the vote, said as he banged the gavel several times to try to silence protestors. Protesters shouted “Shame on you!” and “I did not give consent!” as they were taken out of the gallery.

As CNN’s Steve Brusk reports, “Shouting at the top of their lungs, protesters yelling “I will not consent” are being forcibly removed. They continue to scream as they’re pulled into the hallway. At least 8 have been removed from the Gallery” while Fox News’ Chad Pergram notes, “a’ vocal and as disruptive a demonstration I have ever seen during a vote.” 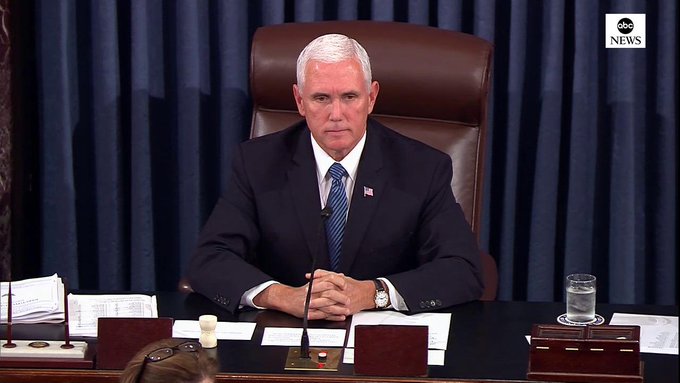 Where is my representation?”

Shouts break out in Senate just ahead of final vote on Brett Kavanaugh as Vice President Pence calls for order to be restored. http://abcn.ws/2y3fbAw

BuzzFeed News✔@BuzzFeedNews
JUST IN: Supreme Court announces Brett Kavanaugh will be sworn in later this evening “so that he can begin to participate in the work of the Court immediately” https://www.buzzfeednews.com/article/paulmcleod/brett-kavanaugh-senate-vote-confirmed-supreme-court?bfsplash&bftwnews&utm_term=4ldqpgc#4ldqpgc …