The court of appeals in Lyon, France, has found agribusiness giant Monsanto guilty of poisoning a man named Paul François. François is a farmer who claimed that he suffered a multitude of ailments, including headaches, memory loss, neurological problems and stammering, after he unintentionally inhaled Monsanto’s herbicide, Lasso.

François used Lasso for over 15 years, and in 2004 accidentally inhaled the product. After the incident, the farmer began getting severe headaches and experienced moments of mental absence and an inability to speak.

The chemical’s effects on François were so severe that he fainted, was hospitalized and fell into a coma. François was diagnosed with monochlorobenzene poisoning by his doctors, who found that the chemical permanently damaged his brain. Monochlorobenzene makes up 50% of the herbicide Lasso.

It is worth noting that the herbicide was prohibited in France and the rest of the European Union in 2007, and at the time of the incident, it was already banned in Canada (since 1985), Great Britain and Belgium (since 1992).

The Appeals Court in Lyon upheld the original 2012 decision and ruled that the biotech giant, notorious for what some believe is a toxic combination of GMOs and Roundup herbicide, was “responsible” for the poisoning and must “fully compensate” François for damaging his health. Monsanto has stated that it will appeal the ruling at the French Supreme Court.

Monsanto attorney Jean-Daniel Bretzner, made a statement regarding François potential compensation, should the ruling be upheld by the highest court:

“We are speaking about modest sums of money or even nonexistent. He already received indemnities (by insurers) and there is a fundamental rule that says that one does not compensate twice for a loss, if any.” (Source: Reuters)

Yet, regardless of the fine, François’ win against Monsanto would set an important precedent for others who suffer from ailments due to herbicide and pesticide exposure.

“It is a historic decision in so far as it is the first time that a (pesticide) maker is found guilty of such a poisoning.” – François Lafforgue, François’ lawyer (Source: Reuters)

This case could be a significant game changer for Monsanto, who sells many potentially-dangerous chemical products, many of which are used on food crops. For example, another common ingredient in Monsanto’s products is alachlor, which “has the potential to cause damage to the liver, kidney, spleen, nasal mucosa and eye from long-term exposure,” as stated by the EPA. Monsanto is also well-known for its glyphosate products such as Roundup. Glyphosate has been identified by the World Health Organization as “probably carcinogenic to humans,” a claim that Monsanto is insisting is based on pseudo-science and should be withdrawn.

Below is a news summary of the case from France 24:

About the Author:Alex Pietrowski is an artist and writer concerned with preserving good health and the basic freedom to enjoy a healthy lifestyle. He is a staff writer for WakingTimes.com and Offgrid Outpost, a provider of storable food and emergency kits. Alex is an avid student of Yoga and life.

This article (Court Finds Monsanto Responsible for Poisoning French Farmer) was originally created and published by Waking Times and is published here under a Creative Commons license with attribution to Alex Pietrowski and WakingTimes.com. It may be re-posted freely with proper attribution, author bio, and this copyright statement. 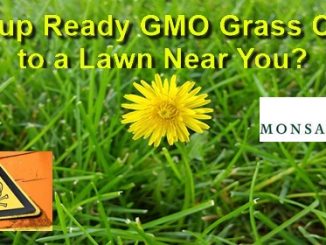 Roundup Ready GMO Grass Coming to a Lawn Near You?

The Special Ed Epidemic: Uncovering the Answers (Part 4 of 4)