Editors Note: Thanks to Pam Jones for a heads-up on this one.  Pam is a TLB staff writer/reporter, taking a little “medical time out,” as well as a contributor at WeaponizedNews.com

The smog has become so thick in Beijing that the city’s natural light-starved masses have begun flocking to huge digital commercial television screens across the city to observe virtual sunrises.

The futuristic screens installed in the Chinese capital usually advertise tourist destinations, but as the season’s first wave of extremely dangerous smog hit – residents donned air masks and left their homes to watch the only place where the sun would hail over the horizon that morning.

Commuters across Beijing found themselves cloaked in a thick, gray haze on Thursday as air pollution monitors issued a severe air warning and ordered the elderly and school children to stay indoors until the quality improved.

The city’s air quality is often poor, especially in winter when stagnant weather patterns combine with an increase in coal-burning to exacerbate other forms of pollution and create periods of heavy smog for days at a time.

But the readings early Thursday for particles of PM2.5 pollution marked the first ones of the season above 500 micrograms per cubic meter. Public announcement: The LED screen shows the slogan ‘protecting atmospheric environment is everyone’s responsibility’ on the Tiananmen Square which is shrouded with heavy smog on January 16, 2014 in Beijing, China.
.

The density of PM2.5 was about 350 to 500 micrograms Thursday midmorning, though the air started to clear in the afternoon. It had reached as high as 671 at 4 a.m. at a monitoring post at the U.S. Embassy in Beijing.

That is about 26 times as high as the 25 micrograms considered safe by the World Health Organization, and was the highest reading since January 2013.

Serious air pollution plagues most major Chinese cities, where environmental protection has been long sacrificed for the sake of economic development.

Coal burning and car emissions are major sources of pollution. In recent years, China has beefed up regulations and pledged financial resources to fight pollution.

In the far northeastern city of Harbin, some monitoring sites reported PM 2.5 rates of up to 1,000 micrograms in October, when the winter heating season kicked off. In December, dirty air gripped the coastal city of Shanghai and its neighboring provinces for days, with the density of PM 2.5 exceeding 600.

Beijing authorities said the haze on Thursday had reduced the visibility to several hundred meters (yards) and that the severe pollution was likely to continue through Friday.

Beijing’s mayor pledged on Thursday to cut coal use by 2.6 million tonnes and set aside 15 billion yuan ($2.4 billion) to improve air quality this year as part of the city’s ‘all-out effort’ to tackle air pollution, state news agency Xinhua said. The announcement by Wang Anshun came as the capital was blanketed in its worst smog in months. An index measuring PM2.5 particles, especially bad for health, reached 500 in much of the capital in the early hours.

A level above 300 is considered hazardous, while the World Health Organization recommends a daily level of no more than 20.

Coal-burning boilers inside Beijing’s fifth ring road – covering the built-up area of the city – will be eliminated and measures taken against coal burning in the capital’s periphery, Xinhua quoted Wang as saying. Tourists in masks use mobile phone cameras to snap shots of themselves during a heavily polluted day on Tiananmen Square in Beijing, China.
.

Separately, Xinhua said China had shut down 8,347 heavily polluting companies last year in northern Hebei province, which has the worst air in the country, as the government moves to tackle a problem that has been a source of discontent.

Local authorities will block new projects and punish officials in regions where pollution is severe due to lax enforcement, Xinhua cited Yang Zhiming, deputy director of the Hebei provincial bureau of environmental protection, as saying.

Hebei, the country’s biggest steel producer, is home to as many as seven of its 10 most polluted cities, Xinhua said, citing statistics published monthly by the Ministry of Environmental Protection.

Pollution in Hebei often spreads to neighboring Beijing and Tianjin.

Some small high-polluting plants are being relocated to remote areas to avoid oversight, Xinhua quoted Yang as saying. He said the government would ‘beef up the industrial crackdown’.

China has drawn up dozens of laws and guidelines to improve the environment but has struggled to enforce them in the face of powerful enterprises.

On Wednesday, China’s commercial capital, Shanghai, introduced emergency measures, allowing it to shut schools and order cars off the road in case of severe smog.

Hebei plans to slash crude steel output by 15 million tonnes in 2014 and cut coal consumption by the same amount as part of anti-pollution measures.

Is This the Beginning of the End of the Empire? China Signals May Soon Stop Buying US Treasuries 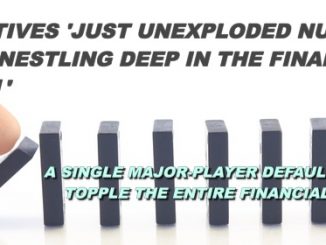 Shielding the World From US Chaos Is No Easy Task