While Twitter has flagged some of President Trump’s tweets, they have not done the same with Schiff tweets that declassified memos show are misleading

Twitter has on more than one occasion appended or flagged President Trump’s tweets as misleading. But so far, it has not done the same with several posts by House Intelligence Committee chairman Adam Schiff that are demonstrably false or misleading, raising questions of a double standard. 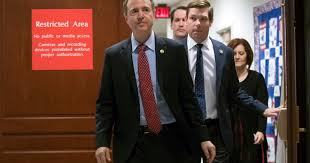 For instance, Schiff tweeted in July 2018 that “the release of the Carter Page FISA application makes clear, once again, the FBI acted lawfully and appropriately” in reference to the surveillance warrant the bureau used to spy on the Trump adviser during the Russia collusion probe.

Wrong again, Mr. President. It confirms the FBI acted appropriately and that Russian agents approached two of your advisors, and informed your campaign that Russia was prepared to help you by disseminating stolen Clinton emails. https://t.co/G128SNicdn

In fact, the FISA application that Schiff referred to in the tweet contained 51 statements that were inaccurate, misleading or undocumented, and included 17 violations of FBI rules ranging from false and unverified information to omissions of exculpatory evidence of innocence, the Justice Department inspector general reported last December.

Likewise, DOJ officials withdrew two of the four Page FISA applications, and the chief judge of the FISA court ruled in March that the FBI has misled the court. “There is thus little doubt that the government breached its duty of candor to the Court with respect to those applications,” U.S. District Judge James Boasberg said.

And last week, an ex-FBI lawyer agreed to plead guilty to a felony and admitted he falsified a document to deceive the court.

In other words, the FBI acted unlawfully and inappropriately in the Page FISA debacle. And to date, Twitter hasn’t flagged or appended Schiff’s tweet even though he has enormous influence on the platform with 2.4 million followers.

Patrick Boland, a spokesman for Schiff, did not immediately return a call Sunday seeking comment.

Just the News identified more than a dozen tweets that Schiff has posted since 2017 that are inaccurate or misleading based on the declassified information that has been made public over the last year by the Justice Department, FBI, and intelligence community.

Earlier this month, for instance, Schiff tweeted out a claim that Trump had not taken action to stop Russia from interfering in elections.

“Donald Trump has never deterred Russia from interfering in U.S. elections. Far from it. The sum total of Trump’s words and actions has only encouraged Russian meddling in our elections,” Schiff wrote.

The sum total of Trump’s words and actions has only encouraged Russian meddling in our elections.

While it is true Trump as a candidate once encouraged Russia to find and make public Hillary Clinton’s emails, he has as president taken sweeping actions to punish Russia for 2016 and 2018 election meddling.

In all, the Trump administration has taken more than four dozen actions to punish Russia for activities ranging from cyberhacking to aggression in the Crimea region of Ukraine, according to a tally kept by the left-leaning Brookings Institute.

Those actions include the Trump Justice Department issuing two separate indictments against Russian citizens for election interference activities in the 2016 and 2018 elections, signing into law new legislation to punish foreign actors who try to influence elections, and imposing multiple sanctions against Russians accused of election meddling.

For instance, the Trump Treasury Department sanctioned 11 entities and individuals in Russia last September for interference in the mid-term elections. The punishments targeted “Russian actors that attempted to influence the 2018 U.S. midterm elections,” Treasury said.

Several times, Schiff has tweeted claims that there is evidence Trump’s campaign colluded with Russia to hijack the 2016 election. For instance, the California Democrat posted a tweet in April 2018 accusing Republicans of ignoring “when in plain sight — evidence of collusion between the Trump campaign and Russia.”

Throughout the investigation, Committee Republicans chose not to seriously investigate — or even see, when in plain sight — evidence of collusion between the Trump campaign and Russia. pic.twitter.com/1aa1tmX9Zb 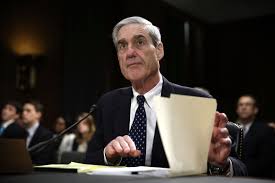 Multiple investigations ranging from the Senate Intelligence Committee to Special Counsel Robert Mueller have concluded there is no evidence any Trump campaign official – or any other American – colluded with Russia to influence the 2016 election.

“The investigation did not establish that members of the trump campaign conspired to coordinate it with the Russian government in its election interference activities,” Mueller wrote, saying extensive contacts between Trump campaign officials and Russians did not amount to a conspiracy.

Then-Senate Intelligence Committee Chairman Richard Burr last year came to a similar conclusion. “We don’t have anything that would suggest there was collusion by the Trump campaign and Russia,” he announced. 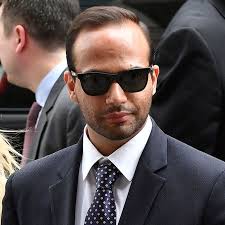 Quite the opposite, Mr. President. The most important fact disclosed in this otherwise shoddy memo was that FBI investigation began July 2016 with your advisor, Papadopoulos, who was secretly discussing stolen Clinton emails with the Russians. https://t.co/2rGOE1jGg2

But the final Mueller report did not cite a single instance in which Papadopoulos talked directly with Russians about the emails, instead noting he had discussion with a Maltese-born professor named Josef Mifsud in April 2016. Mueller claimed Mifsud had links to the Kremlin without providing any specifics.

Mifsud and his lawyer deny being tied to the Kremlin, saying instead the professor had long ties to Western intelligence and worked for an Italian education institution whose visitors include the FBI and many other Western law enforcement and intelligence agencies.

Papadopoulos also talked about Mifsud’s claim about the Russians having Clinton emails with an Australian and a Greek official, but Mueller offered no evidence the Trump adviser ever talked to the Russians about it.

More importantly, recently declassified transcripts show Papadopoulos was recorded by an FBI informer in fall 2016 saying the Trump campaign had nothing to do with hacking the Democratic Party. “It’s illegal, you know, to do that  sh-t,” Papadopoulos said to the FBI confidential source in a statement that further undercuts the Schiff tweet’s insinuation Papadopolous was trying to work with the Russians.

FBI officials have said they disregarded Papadopoulos’s statement of innocence in the recording and did not tell the FISA court. The DOJ inspector general concluded that omission violated the bureau’s requirement to be scrupulously transparent with the court.

Papadopoulos said Sunday night in an interview from Italy that Schiff’s tweets should be taken down or flagged by Twitter.

“I want those comments retracted or censored from Twitter,” he said. “Those tweets have been archived and viewed by thousands … of people and have left a bad legacy for myself and it has been hurtful personally and damning towards my reputation.”

Likewise, Schiff indirectly peddled in a summer 2017 tweet a long-debunked conspiracy theory in the Russia case that Alfa Bank had secretly helped the Trump campaign communicate with Putin. He did so while criticizing the administration’s appointment of a former Alfa Bank lawyer.

The Alfa Bank computer pings conspiracy has been repeatedly knocked down as false, starting in October 2016 by the FBI and continuing through Mueller’s testimony to Congress last summer.

Reporting From the Dark Side: Stop the Steal!

The basics of a Staged Bioterror Attack