Vice President Joe Biden’s office was warned in 2015 that the Obama State Department believed the Ukrainian gas oligarch whose firm hired Hunter Biden was corrupt and that some of the evidence supporting that conclusion had been gathered by the U.S. Justice Department, newly released diplomatic memos show. 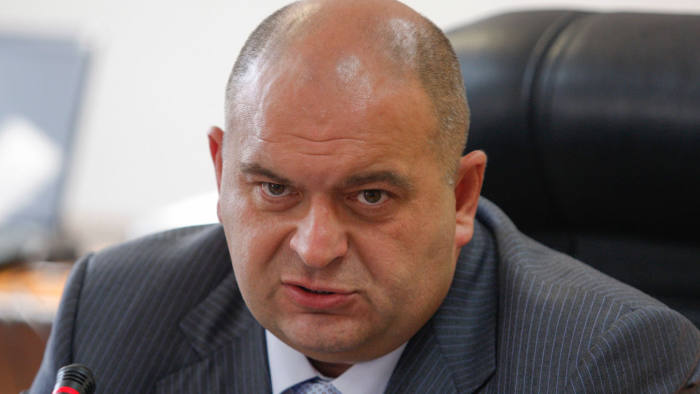 “I assume all have the DoJ background on Zlochevsky,” Pyatt wrote in an email to top Biden advisers in the White House. “The short unclas version (in non lawyer language) is that US and UK were cooperating on a case to seize his corrupt assets overseas (which had passed through the US).”

Pyatt added that the asset forfeiture case “fell apart” when individuals in the Ukrainian prosecutor general’s office “acted to thwart the UK case.”

By the time Pyatt had written the email, one of his deputies in the Kiev embassy, George Kent, had already alerted the FBI that State officials believed Ukrainian prosecutors had been paid a $7 million bribe to thwart the asset forfeiture case. Kent recounted his efforts in an email to a fellow ambassador a year later.

A year later, Pyatt’s successor as U.S. ambassador to Ukraine, Marie Yovanovitch (pictured above), wrote her superiors in Washington that the American embassy believed Burisma had paid another bribe in the form of cheap gas to get Ukrainian prosecutors to drop remaining cases against the gas firm.

Pyatt’s email, dated Dec. 6, 2015, was sent to Kate Bedingfield, Biden’s then-communications chief, Michael Carpenter, one of his security advisers, and Amos Hochstein, the vice president’s energy adviser for the region.

Bedingfield was appointed recently by Biden to serve as White House communications chief if he assumes the presidency on Jan. 20.

Pyatt’s communication provides the clearest picture to date of what Biden’s inner circle knew — and what the vice president should have known — about U.S. officials’ concerns about Burisma and Zlochevsky and the heartburn they felt about Hunter Biden’s position with the firm.

It also is one of the first government documents to discuss that the U.S. Justice Department had played a role in the 2014 asset forfeiture brought against Zlochevsky in the United Kingdom right around the time Hunter Biden was hired on Burisma’s board.

Multiple State officials have testified to the Senate recently that they believed Hunter Biden’s hiring as a Burisma board member around the same time Joe Biden took over U.S.-Ukraine policy created an awkward appearance of a conflict of interest that undercut U.S. efforts to fight corruption in the former Soviet republic.

Pyatt had previously given a speech in Odessa in September 2015 in which he personally called out Ukrainian prosecutors for thwarting the U.K asset forfeiture case against Zlochesvky.

His December 2015 email was in response to talking points Biden’s staff in Washington had created in which they suggested the vice president avoid talking about Hunter Biden’s board position or singling out Zlochevsky as an example of Ukrainian corruption.

“Have you asked Hunter to step down from the board? Has he discussed that with you?” the talking points anticipated being asked.

“I’m not going to discuss private conversations with my family. Hunter is a private citizen and does independent work,” the memo recommended the vice president answer.

If pressed by a question asking whether Joe Biden thought “Zlochevsky is corrupt,” the talking points suggested the vice president respond, “I’m not going to get into naming names or accusing individuals.”

Just a few days after Pyatt’s email was sent, a New York Times article surfaced alleging that Hunter Biden’s role with Burisma while it remained under corruption investigation in Ukraine was potentially undercutting U.S. anti-corruption policy.

Separately, a Russian-backed media outlet in Ukraine had written an even more scathing expose on what it called the “Ukrainian scam of the Biden family.” That article sent State officials scrambling to develop messaging for the U.S. government.

Pyatt (pictured above) was recently deposed by investigators for the Senate Finance Committee and the Senate Homeland Security and Government Affairs Committee about the Ukraine controversy. Though his staff had reported an alleged Burisma bribe and believed the Bidens’ conduct in Ukraine created an apparent conflict, Pyatt said he never felt compelled to raise such concerns with the vice president.

“So you never gave thought of raising a concern to the Vice President about this board position his son had?” a Senate investigator asked Pyatt during the deposition back in September.

“No,” the ambassador answered. “He’s the Vice President of the United States, and it would have been wildly out of place for me to raise something like that, especially insofar as it had zero impact on the work that I was doing.”

While Pyatt claimed the concerns about the Bidens had no impact on his work, it did for some of his top staff.

Kent testified how in 2016 he had to block an effort by Burisma to try to participate in a USAID clean energy project in Ukraine because of the corruption concerns. His memos also show he twice reported that Burisma was suspected of paying bribes and that the Bidens’ dealings made things awkward for the professional diplomats in the U.S. embassy in Kiev.

Yes, There Were FBI Informants, But They Were Paid by the CIA