Blockbuster Report: How Biden Family Was Compromised By China

A number of months ago, I was approached by an individual I had known for the better half of a decade. I had known this individually professionally and enjoyed their company and deep insight into our overlapping professional interests. Consequently, I would not infrequently seek out their professional opinion. They had written a research report [link below]for a client worried about political risk that involved background on the Biden’s in China. This individual believed that the information that had been discovered, and with the approval of the client, needed to make its way into the public domain.

They asked my help in putting the research report in the hands of press asking them just to use the information for their own professional purposes leaving the report anonymous.  Knowing this individual and the quality of work they do, I agreed after reviewing in detail the report that was produced. There are a couple of key points about the report.

First, it is almost exclusively taken from public sources and documentation. Everything from Chinese news reports to corporate records. The report is immaculately cited so that anyone who wishes to replicate where a specific piece of information was found or see the underlying documentation can do so.

Second, the complexity of the overall story, attempts have been made to break down the key points about what happened, who was involved, with timelines and indexes.

For two months I have worked on behalf of my colleague to ensure that this report helped others report on the documented evidence of Biden activities with regards to China. I want to emphasize a couple of things about my own involvement.

First, I did not write the report and I am not responsible for the report. I have gone over the report with a fine tooth comb and can find nothing factually wrong with the report. Everything is cited and documented. Arguably the only weakness is that we do not have internal emails between Chinese players or the Chinese and Bidens that would make explicit what the links clearly imply.

Second, I will not be disclosing the individual who did write this report. They have very valid reasons to fear for both their personal safety and professional risks. Throughout the years that I have known this individual we never discussed politics. I have never heard them criticize any political party other than the CCP. They are not a Republican.

Third, it was my very real wish that the press would have reported on the documented evidence in this report and left me and the author entirely out of this situation. I did not vote for Trump in 2016 and will not vote for him in 2020. This information however is entirely valid public interest information that the press has simply refused to cover due to their own partisan wishes. I have serious policy differences with President Trump. I am pro-immigration. I would like to see more free trade efforts to shift trade away from China and into partner countries from Mexico to Vietnam and India. I believe that institution building in Asia is vital and America needs to take that lead. However, I cannot in good conscience allow documented evidence of the variety presented here go unreported by partisans who are simply choosing to hide information. 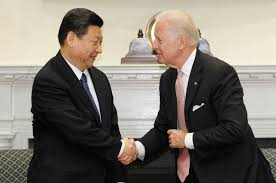 Key Points of the Report:

Lost among the salacious revelations about laptop provenance is the more mundane reality of influence and money of major United States political figures. Ill informed accusations of Russian hacking and disinformation face the documented reality of a major Chinese state financial partnership with the children of major political figures. A report by an Asian research firm raises worrying questions about the financial links between China and Hunter Biden.

Beginning just before Joe Bidens ascendancy to the Vice Presidency, Hunter Biden was travelling to Beijing meeting with Chinese financial institutions and political figures would ultimately become his investors.  Finalized in 2013, the investment partnership included money from the Chinese government, social security, and major state-owned banks a veritable who’s who of Chinese state finance.

It is not simply the state money that should cause concern but the structures and deals that took place. Most investment in specific projects came from state owned entities and flowed into state backed projects or enterprises. Even the deals speak to the worst of cronyism. The Hunter Biden investment firm share of a copper mine in the Congo was guaranteed with assets put at risk by the larger copper company to ensure deal flow to Hunter’s firm.

In another instance, Bank of China working on an IPO in Hong Kong gave its share allocation to the BHR investment partnership. They were able to do this because even though the Hunter Biden firm completed no notable work on the IPO, it is counted as a subsidiary of the Bank of China. The Hunter Biden Chinese investment partnership is literally invested in by the Chinese state and a subsidiary of the Bank of China owned by the Chinese Ministry of Finance.

The entire arrangement speaks to Chinese state interests. Meetings were held at locations that in China speak to the welcoming of foreign dignitaries or state to state relations. The Chinese organizations surrounding Hunter Biden are known intelligence and influence operatives to the United States government. The innocuous names like Chinese People’s Institute for Foreign Affairs exist to “…carry out government-directed policies and cooperative initiatives with influential foreigners without being perceived as a formal part of the Chinese government.”

Interestingly the CPIFA is under the Chinese Ministry of Foreign Affairs. When the investment partnership was struck in 2013, the Minister of Foreign Affairs was Yang Jiechi. Yang would have been very familiar with Hunter Biden from his days in Washington as the Chinese Ambassador to the United States from 2001 to 2005 during which he met regularly with Joe Biden chairing the Senate Foreign Relations Committee. Today the same individual who oversaw institutions helping shepherd Hunter’s investment partnership as the Minister of Foreign Affairs is Xi Jinping’s right hand man on foreign affairs and member of the powerful Politburo.

Most worrying is the financial leverage this gives the Chinese state over a direct member of the Biden family.  Despite the widely reported $1-1.5 billion of investment the reality is likely much higher. A co-founder of the investment firm reports the total assets under management as $6.5 billion.  While this number cannot be completely replicated, given that two deal alone were worth in excess of $1.6 billion this number is not unrealistic at all.  A 2% annual fee on assets under management would generate $130 million annually. Add in the 20% fee on capital gains the firm would recognize and it is not difficult to see Hunter’s stake being worth in excess of $50 million.

According to Hunter’s attorney, he did not invest his $400,000 in the company until 2017. Even assuming the veracity of this statement, this raises a major problem. Founded in 2013, the firm had large amounts of revenue and assets under management by 2017. In other words, his $400,000 stake would have already been worth far more than what he paid for it. This paltry $400,000 investment worth more than $50 million now would have realized a gain of more than 12,400% in three years.

The difficulty in eluding these concerns is their documentability by anyone who cares to look.  There is no potential for hacking because it is all public record in China. Any journalist who wishes to look can go review IPO prospectuses, news reports, or corporate records. There is no secret method for discovering this data other than actually looking. There is simply no way to avoid the reality that Hunter Biden was granted a 10% stake worth far in excess of what he paid for a firm that is literally operated and owned by the Chinese state.

I did not vote for Donald Trump in 2016 and have significant concerns about his policies in areas like immigration. Having lived in China for nine years throughout the Xi regimes construction of concentration camps and having witnessed first hand their use of influence and intelligence operations, the Biden links worry me profoundly. 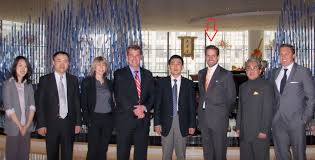 Whether Joe Biden personally knew the details, a very untenable position, it is simply political malpractice to not be aware of the details of these financial arrangements. These documentable financial links simply cannot be wished away.

(TLB) published this report from Balding’s World with our sincere gratitude for the coverage.

Hunter Biden Still Listed As Board Member Of Chinese Company