Evidence from alleged Hunter Biden computer was turned over to the Delaware Justice Department.

By John Solomon and Lee Smith

Rudy Giuliani, one of President Trump’s private attorneys, has reported to Delaware police concerns that materials on a laptop purportedly tied to Hunter Biden contained evidence of possible child endangerment. 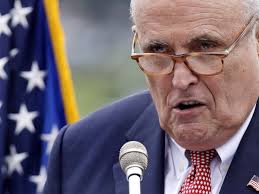 “I told them other details about what appears to be an inappropriate sexual relationship,” he said in an interview. “They told me it would be investigated.”

Law enforcement officials in Delaware told Just the News that Giuliani’s concerns have been forwarded to the state Department of Justice. 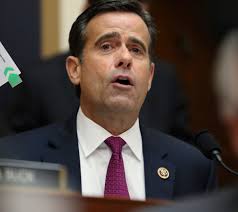 A senior federal law enforcement official told Just the News on Tuesday night that the FBI is in possession of the laptop and that the bureau concurs with Director of National Intelligence John Ratcliffe’s assessment that the laptop is not part of a Russian intelligence operation, as some Democrats have alleged. That official declined to discuss the contents of the laptop. (Ratcliffe pictured left)

Giuliani said the materials he gleaned from the controversial laptop — which a Delaware computer shop owner alleges was left with him by Hunter Biden — gave him concern for the welfare of a minor girl. Giuliani declined to identify the alleged minor victim or who was in the photos.

“There are many texts which I gave to them that point out that family was concerned about the safety of the child,” Giuliani said. “I will tell you the evidence I gave them states it was reported to Joe Biden. What did he do about it?”

“The conduct falls under the mandatory reporting requirements for child endangerment,” Giuliani said. “If I was the U.S. attorney or the mayor or Bernie was still the commissioner, it would have been a crime for us not to report what we had.”

The Delaware Child Abuse Prevention and Treatment Act mandates reporting by “any person, agency, organization, or entity who knows or in good faith suspects child abuse or neglect.”

The police report is the latest drama to unfold from the week-old Biden laptop revelations, news about which influential social media sites choose to block from public view, including stories from The New York Post, purportedly because of “potential harm.” Facebook and Twitter did not disclose any details of the “potential harm.” Conservatives have pointed out that the FBI has possessed the computer materials for a year. Giuliani said the FBI’s apparent inaction factored into his decision to report the matter to local police.

“The FBI has had this for a long time,” Giuliani said. “No indication they did anything about this, so I went to the local police and said, ‘What are you going to do about this?'”

Delaware Attorney General Kathy Jennings was a protege of Beau Biden, who served as the state’s attorney general from 2007-2015. She began her tenure as state prosecutor in 2011 and was named Delaware’s top law enforcement officer in January 2019. Jennings’ Chief Deputy Attorney General is Alexander S. Mackler, who was Vice President Biden’s deputy legal counsel.

“I’ve known Joe, Jill, and the Biden family for most of my life,” Jennings wrote in a post on her Facebook page in April 2019. “I’m choosing Joe because nobody understands more what it means to heal, and right now that’s what America needs.”

Here’s ‘Anonymous,’ And Here’s How They Outed Her.

The Democrats Are White-washing Leftist Violence