Changing the Name … Doesn’t Change the Game! Another Corporate Buyout

Over the last decade, and at an ever increasing pace, Monsanto has earned a massive amount of dislike, distrust and outright hate globally. An ever increasing number of protests and marches are taking place to push back against what most of us now believe is one of the most evil companies in existence today … actually Monsanto has been voted the world’s most evil corporation year after year and for good reasons.

Those of us who have been in the GMO fight for any length of time are painfully aware of the corruption and cronyism involved. Mega corporations such as Monsanto enjoy a revolving door into the regulatory heart of many governments across the globe with a special emphasis on the US government.

We are already getting a glimpse of the uncontrolled proliferation of GMO crops beyond their intended boundaries with very minimal to no action by their creators to limit this, or take any responsibility for it. Scientists are already sounding the alarm bells loudly on the eminently destructive, even terminal nature of this proliferation to the global biospheres natural flora.

“Monsanto evil empire” is the name used to describe the corporation by most people in about 50 countries. For them, the company is the incarnation and plenitude of evilness. From Agent Orange to GMO seeds (Monsanto GMO Seeds), Monsanto is bad with capital B. Let’s consider top 7 evils facts about Monsanto to find out why critics in over 50 countries describe the agriculture company as the “most evil corporation in the world.”

So from, accusations (backed by peer reviewed studies), of sterility, cancer, kidney failure, etc… to farmers waking up to the failed claims of increased crop yield, decreased use of pesticides/herbicides, the rise of super weeds and bugs, or maintained nutritional value of their crops  (as compared to organic crops), to the rash of suicides in India resulting from seed policy and failed expectations, the world is becoming increasingly aware of the failed promises and outright lies of Monsanto.

Now Bayer steps up to the plate to make an offer of $62 Billion Cash for Monsanto, it follows similar moves in the sector from Dow and DuPont as well as Syngenta and ChemChina.

So will merging this globally destructive entity with another Chem-Ag giant make all this evil evaporate … or will business as usual continue under another less hated name? If you chose the former “PLEASE WAKE UP! If you chose the latter … THANKS FOR BEING AWAKE !!! 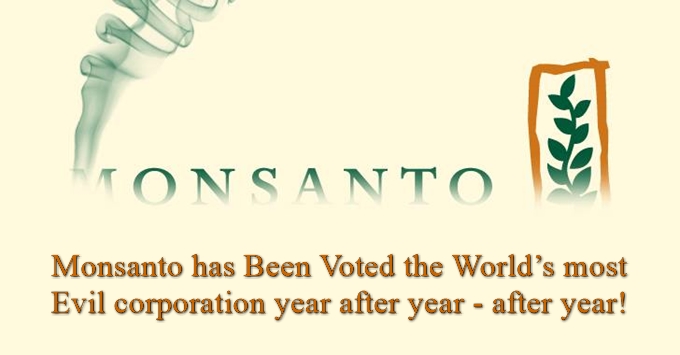 Once again I put forth …

TLB has other above the fold articles, videos and stories available by clicking on “HOME” at the top of this post. Never miss a new post, sign up for E-Mail alerts at the bottom of the Home page and get a link dropped right to your in-box. 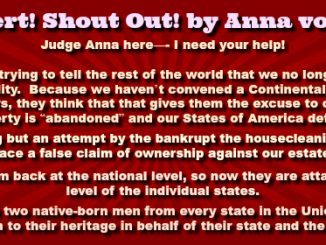