China’s Big Surprise (Years In The Making): An EMP Attack?

Post by Tyler Durden, Authored by Peter Pry, op-ed via The Hill

The coronavirus pandemic has exposed dangerous weaknesses in U.S. planning and preparation for civil defense protection and recovery, and those weaknesses surely have been noticed by our potential enemies: China, Russia, North Korea, Iran and international terrorists.

The U.S. spent decades, and billions of dollars, supposedly preparing for biological warfare. The Centers for Disease Control and Prevention, the National Institutes of Health, and the departments of Defense and Homeland Security are supposed to have contingency plans to protect the American people from lethal biological weapons such as anthrax and genetically engineered smallpox, which could have mortality rates of over 90 percent.

But our defenders have not even been able to competently cope with COVID-19, which has a mortality rate under 1 percent. The White House took over management of the pandemic, apparently to compensate for the failure of the U.S. government to have adequately stockpiled such basics as ventilators, masks and pharmaceuticals.

Hostile foreign powers surely have noticed the panicked, incompetent U.S. response to the virus that shut down a prosperous U.S. economy, self-inflicting the worst economic crisis since the Great Depression. The nationwide lockdowns brought shortages of all kinds, exposing societal and critical infrastructure fragility — and causing widespread fear.

Adversaries also have noticed the ongoing U.S. “cold civil war.” According to federal authorities, radicalized young people on both sides of the political divide and criminals have been infiltrating recent protests — rioting, toppling statues and setting fires. The swelling counter-culture anarchy and self-condemnation is reminiscent of 1968, a year of riots and anti-war protests in America that is recognized by most historians as the psychological turning point toward U.S. defeat in the Vietnam War.

North Korea applauds America’s domestic chaos as proof that democracy does not work and the future belongs to totalitarian states such as China. America looks fragile to dictators who would replace the U.S.-led world order with a new one dominated by themselves. China, for example, has been planning to defeat the U.S. with an electromagnetic pulse (EMP) and cyber “Pearl Harbor” attack for a quarter-century. As I warned the Senate Subcommittee on Terrorism, Technology and Homeland Security in 2005, Chinese military writings — such as the following excerpt — make reference to U.S. vulnerability to EMP attacks:

“Some people might think that things similar to the ‘Pearl Harbor incident’ are unlikely to take place during the information age. Yet it could be regarded as the ‘Pearl Harbor incident’ of the 21st century if a surprise attack is conducted against the enemy’s crucial information systems of command, control and communications by such means as electronic warfare, electromagnetic pulse weapons, telecommunications interference and suppression, computer viruses, and if the enemy is deprived of the information it needs as a result. Even a super military power like the United States, which possesses nuclear missiles and powerful armed forces, cannot guarantee its immunity. … In their own words, a highly computerized open society like the United States is extremely vulnerable to electronic attacks from all sides. This is because the U.S. economy, from banks to telephone systems and from power plants to iron and steel works, relies entirely on computer networks.”

As noted in a May 14, 1996, People’s Liberation Army newspaper about a surprise attack on U.S. critical information systems:

“When a country grows increasingly powerful economically and technologically… it will become increasingly dependent on modern information systems… The United States is more vulnerable to attacks than any other country in the world.”

So it is very bad news, more than a year after President Trump issued an Executive Order on Coordinating Resilience Against Electromagnetic Pulses, that the Department of Energy (DOE) and Department of Homeland Security (DHS) have done nothing to protect the national electric grid or other critical infrastructures that sustain the lives of 330 million Americans.

Instead, non-expert bureaucrats conduct endless studies and conferences to wrangle over technical issues — in effect, reinventing the wheel regarding EMP — that were resolved long ago by real EMP experts. The “coordination process” for national EMP preparedness is the same kind of bureaucratic fumbling that Washington regards as “action,” which gave us the biological warfare unpreparedness and inability to properly respond to the coronavirus pandemic.

Hopefully, the U.S. Navy is better prepared to cope with an EMP attack than are DOE and DHS. A nuclear EMP attack against U.S. aircraft carriers is the key to victory in China’s military doctrine, as noted in a Feb. 12, 2000, article in the official newspaper of the Shanghai Communist Party Central Committee:

In March 2020, a panel of China’s military experts threatened to punish U.S. Navy ships for challenging China’s illegal annexation of the South China Sea by making an EMP attack — one of the options they considered least provocative because the crew would be unharmed, but most effective because the ship would be disabled. Now three U.S. aircraft carriers are in the Pacific to challenge China’s aggression in the South China Sea.

Dan Gallington, a former senior Defense Department official, asks in his recent Washington Times article, “Is America on the path to another Pearl Harbor, but with China?”

China may offer the answer soon.

(TLB) published this article as posted by Tyler Durden at ZeroHedge, Authored by Peter Pry, op-ed via The Hill, 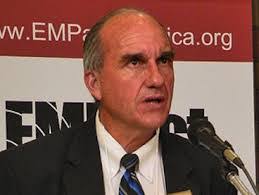 Scotland: Investigation After ‘Mystery’ Surge in Deaths of Newborn Babies