Top globalists, communists, and Islamists from around the globe gathered this month on the Arabian Peninsula for the World Government Summit — yes, that is the confab’s real name — to push for what they called a “new world order.” More than a few speakers made clear that liberty, self-government, and the “America First” agenda were in the crosshairs.

On the other hand, Big Government, trans-humanism, and globalism were presented as the solution to basically everything, from alleged man-made “global warming” and health problems to unemployment and even hate. Aside from global governance and statism, one of the key themes of the conference was the merger of man and machine to become “cyborgs.” Artificial Intelligence and “Happiness,” directed by authorities, were also major topics.

But while critics ridiculed and slammed the scheming, and most American media outlets completely ignored it, the globalist confab has been helping to advance a planetary agenda that is completely at odds with American traditions of liberty and self-government. And the speakers, organizers, and attendees barely bothered to conceal that fact — probably in part because they knew Americans were unlikely to hear about the antics from the purveyors of “fake news” posing as “mainstream” media.

The truth was plain to see. In an official press release put out by the World Government Summit, the organizers said the event ended with “a plea for institutions to realign with the new world order.” And the speakers made that clear, too. Among those quoted in the press release, one claimed that people’s expectations “need governments to develop progressive policies that can accommodate the global transition.”

Of course, “new world order” and “progressive policies” are both loaded terms that offer a strong hint about the real agenda of the forces behind the World Government Summit. “Progressive,” for instance, despite having absolutely no intrinsic relationship to progress, has become synonymous with statism, immorality, and corruption. And while the term now has a bad stench in the United States, much of the world remains oblivious to the slick marketing gimmick used to portray tyranny as modern and hip.

“New world order” has an even more troubling connotation. For decades, top globalists, including multiple U.S. presidents from both parties, have been openly and loudly demanding what they call a “new world order.” Former President George H.W. Bush defined it as one in which the United Nations would use its military forces to implement the “vision of the UN’s founders.” That illustrious group included mass-murdering dictator Joseph Stalin on the Soviet side, and convicted Soviet spy Alger Hiss, who was selected to serve as the first UN secretary-general, on the U.S. side. 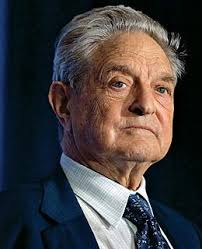 More recently, billionaire Rothschild protégé and self-styled “god” George Soros has been demanding a “new world order.” He said publicly that the mass-murdering Communist Chinese regime should “own” the new world order in the same way that the United States owned the previous one. Soros also claimed the murderous Chinese regime has a “better functioning government” than the United States. In Beijing, meanwhile, the dictatorship has been loudly and publicly demanding what it, too, calls a “new world order.”

World Government Summit Chairman Mohammed Abdullah Al Gergawi, who also serves as “Minister of the Future,” boasted that the summit, now in its sixth year, was a “permanent knowledge platform” for governments. “Through the World Government Summit, we seek to create new models of international cooperation,” he said, touting the agenda of “His Highness Sheikh Mohammed bin Rashid Al Maktoum.” The goal is to “prepare for the future within the framework of global efforts to achieve a common goal.”

In reality, though, The New American‘s William F. Jasper explained what is truly going on. “Sheikh Mohammed is merely acting as a front man for the organized one-worlders,” Jasper wrote in a 2017 article about the summit’s focus on “happiness” as a governmental responsibility. “This is standard operating procedure at the UN and other international forums: have some small country or group of nations propose the pre-arranged, prepared, global agenda subplots, so it won’t appear that they are originating from the globalists in the United States, EU, and other major powers.”

Other elements of the World Government Summit agenda have been alluded to in not-so-subtle ways. Last year, for example, the globalists at the summit made headlines worldwide for gathering under a replica of the infamous “Arch of Baal.” Analysts suggested that the inclusion of the bizarre monument, which once stood in front of a pagan temple to the false god Baal to whom children were often sacrificed, was extremely significant to some of the higher-ranking globalists. It was not immediately clear whether the pagan artifact was at this year’s summit.

Beyond that, the anti-American tone of the latest confab was noticed by more than a few observers. “This is a very anti-American three-day globalist summit,” reported WND, pointing to various anti-America, anti-Trump rants by celebrities and globalist bigwigs at the summit that made America the “number 1 enemy.” Among them was aging celebrity turned man-made-global-warming theorist Robert DeNiro (shown above), who ridiculed his homeland, referring to it as a “backward country, a place where science once reigned and lately has been replaced by ignorance.”

Some of the high-profile speakers at the summit and their comments were also a dead giveaway about the agenda. UN World Health Organization (WHO) boss Dr. Tedros Adhanom Ghebreyesus, an Ethiopian communist, for example, promoted government control of healthcare under the guise of providing “universal” health. In fact, he claimed that “pursuing” government healthcare “is the responsibility of every country and national government.”

For some perspective on what Tedros means by “universal healthcare,” a look at his recent comments and actions is helpful. Consider that last year, the WHO boss became the subject of global criticism and ridicule for trying to appoint genocidal Marxist dictator Robert Mugabe — infamous primarily for mass murder and destroying his once-prosperous nation — as WHO “goodwill ambassador.” According to Tedros, the reason for the honor was the dictator’s “strong commitment to health” and how his regime supposedly “places universal health coverage and health promotion at the center of its policies to provide health care to all.”

Beyond promoting the government takeover and destruction of healthcare — a key goal of “progressives,” communists, and NWO globalists everywhere — a number of speakers also promoted a radical restructuring of government education to help centrally plan the economy. For instance, Sheikh Abdullah bin Zayed, the “Minister of Foreign Affairs and International Cooperation” for the United Arab Emirates (UAE), called for “identifying pupils talented in computing at an early age.” New government “education” standards need to begin in “nurseries and preschools,” he said.

The Islamic sheikh, advocating an “unprecedented rethink in education,” called for a “new national strategy” that would “meet the requirements and targets of the UAE [government] in both the private and public sectors.” “We need a new system of education that looks into the future, competitiveness and the country’s economic requirements,” he continued, implying that the state would train future workers for future jobs that it believes will be needed.

Of course, that is exactly the sort of rhetoric and ideology that animated communist “education” and indoctrination systems of the past, from the Soviet Union and Cuba to China and Cambodia. But in reality, the outlandish idea that central planners could somehow predict what the future economy 20 years from now will require — and then shape “human capital” (children) for it — has been thoroughly debunked. Unfortunately, globalists around the world — at the UN, and even in the U.S. Department of Education — apparently never got the memo. Almost 90 percent of the UAE’s workforce is employed by government today, Sheikh Zayed said. 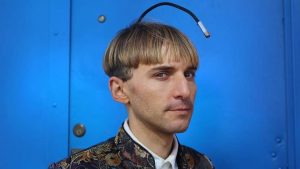 In addition to the globalism and statism, the World Government Summit also promoted agendas that almost sound too fringe and outlandish to believe. Consider, for instance, the prominent role of a man with an antenna sticking out of his head touted as the world’s first “cyborgist,” Neil Harbisson (pictured). With gender confusion all the rage, and being legitimized by “progressive” governments and pushed by the UN, Harbisson argued that governments must now accept that some people will identify as cyborgs and will become  “part-technology, part-human.”

“I have an antenna that is implanted inside my head, which allows me to extend my perception of reality beyond the visual spectrum,” said Harbisson, co-founder of the Cyborg Society and the Transpecies Society which fight for people who “identify” as non-human. “I can sense infrared and ultraviolet, and I also have an internet connection in my head that allows me to receive colors from other parts of the world, or connect to satellites so I can send colors from space.”

Another key plank of the summit was the promotion of “Artificial Intelligence.” Unsurprisingly, the UN and the globalist establishment have already announced their intention to hijack AI technology to advance their totalitarian vision for the future, summarized neatly in the UN Agenda 2030 Sustainable Development Goals. And already, robots programmed to regurgitate globalist talking points and praise for the UN have been paraded in front of the world as paragons of wisdom and virtue. And this is probably only the beginning.

The World Government confab received almost no coverage in establishment media outlets in the United States, despite the attendance and support of multiple prominent “journalists” and media organs. But lest the summit be dismissed as a fringe gathering of irrelevant kooks, a brief look at the 130 speakers reveals strong establishment support for the World Government agenda. Indeed, among the summit speakers was a virtual who’s who of the globalist establishment and its leading shills and useful idiots.

With the globalist movement increasingly dropping the mask, and the Internet making it easy to spread information, Americans have an unprecedented opportunity to derail the global-government agenda on display at the summit. Exposing globalist bigwigs using their own words and deeds is a crucial way to help. But America and liberty are in a race against time — the globalists have been hard at work for decades, while Americans slept. If the sleeping giant that is the American public wakes up, all the schemes for “world government” in the world could be easily crushed. But getting involved now in preserving and protecting liberty, self-government, and the U.S. Constitution is crucial.

ER recommends other articles by The New American

Alex Newman, a foreign correspondent for The New American, is normally based in Europe. He can be reached at anewman@thenewamerican.com. Follow him on Twitter @ALEXNEWMAN_JOU or on Facebook.

Is Denmark Also On The Brink?

HAARP and the New World Order