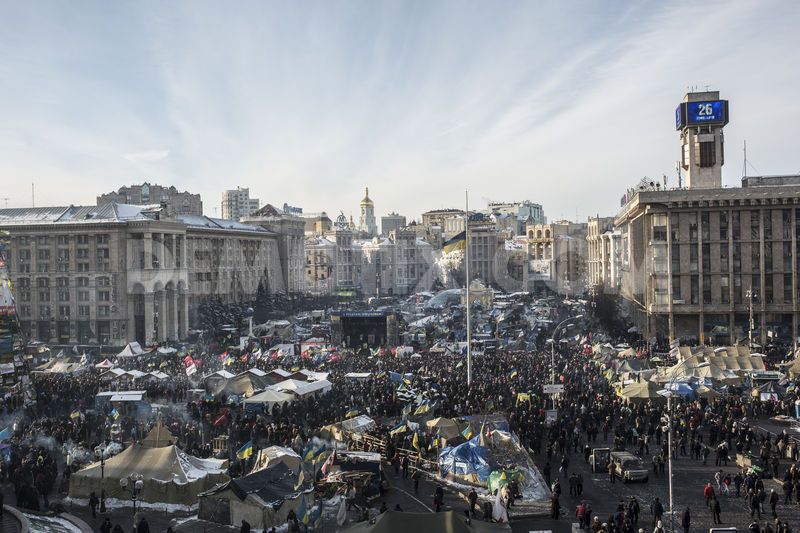 “The United States relies on a coup…Americans spend $ 20 million a week to fund the opposition and the rebels, including arming them” – Sergei Glazyev, advisor to President Putin

“The Western support for the Ukrainian economy will not be a mountain of money” – Lady Ashton, European Commissioner.

The West – USA – NATO – EU – tried again on Thursday the 6th to press for a so-called “dialogue in Ukraine” with the visit to Kiev of a high U.S. official, Victoria Nuland, who was summoned by Moscow to not resort to “blackmail” in Kiev.

After a Russian warning against any shift in the Ukraine, Assistant U.S. Secretary of State, Victoria Nuland, came to Kiev and immediately met the three main opposition leaders, Vitali Klitschko, Arseniy Yatsenyuk and neo-fascist leader, Oleg Tiagnybok. She was to meet in the day President Viktor Yanukovych, according to the US Embassy.

Her visit, coming after the coordinated head of European diplomacy Catherine Ashton’s intervention on Wednesday, is part of what the media called “NATO and the West efforts to put in place a dialogue in the Ukraine to end the long political crisis triggered by the opposition in November of thousands of protesters against the pro-Russian reversal of power.” Nuland presented the results of her talks on Friday during a press conference in Kiev, said the embassy of the United States.

This Thursday, upon the arrival of Ms. Nuland , the Kremlin raised its voice , summoning the United States to stop the ” blackmailing” vis-à- vis the Ukraine and end the financing of the “rebels ” in this country. “The West must stop the blackmail and intimidation as evidenced by her meeting with the business leaders, the representatives of the president and the opposition ,” said Russian adviser Sergei Glazyev in an interview with Kommersant (Ukraine).

“As far as we know, she threatened to put the business leaders on a U.S. blacklist if President Yanukovych does not give power to the opposition. This has nothing to do with international law, ” he said.

“It seems that the United States rely on a coup,” said Mr. Glazyev still saying that Americans spend ” $20 million a week to fund the opposition and the rebels, including arming them. ” Mr. Glazyev also denounced “an attempted coup in the Ukraine that the government must, according to him, fight by force to avoid chaos.” 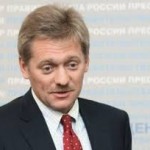 A day earlier, President Vladimir Putin’s spokesman, Dmitry Peskov , said Moscow would maintain its $15 billion support to the Ukraine and the 30 percent drop in gas prices provided Kiev respects its side of the commitments.

Note that a shocking audio distributed on Friday the 7th confirms Moscow’s accusations. The following is the recording of an intercepted phone conversations between the leaders of the Ukrainian opposition and the trio Victoria Nuland, the U.S. ambassador to Ukraine Jeffrey Payet and European Commissioner with regard to coordinating an overthrow of the Ukrainian government.

Russian President Vladimir Putin and his Chinese counterpart Xi Jinping, in Sochi on Thursday, strongly condemned the external interferences in the current Ukrainian situation with regard to the massive unrest since mid-January, said Dmitry Peskov, spokesman to the head of the Russian state.

“The situation in Ukraine was discussed. The two sides stressed the inadmissibility of outside interferences in the events going on in this country. Such interference was severely condemned, ” said M.Peskov. Furthermore, this conviction was expressed by the Chinese side, in a strong diplomatic gesture, and supported by the Russian side.

The President of the People’s Republic of China (PRC), Xi Jinping, is in Sochi from the 6th to the 8th of February to attend the opening ceremony of the Olympics. This is the first travel of Xi abroad in 2014. It is also for him a working visit with Russia.

Meanwhile,  the West keeps plotting . Wednesday, Lady Ashton has asked Ukraine to “do more to end the crisis in the country, ” now over two months old. She hoped that “things would accelerate.”

Westerners , USA and its lackeys in Brussels, hand in hand , are trying to establish a “Marshall Plan” to extract Kiev from Russia and counter the Russian economic help. But the coffers are empty in Washington and Brussels.. 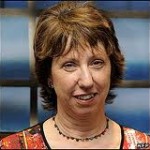 Lady Ashton has noted that the “EU is ready to support reforms and contribute into the investigation of the violence last month.” But that “the Western support for the Ukrainian economy, currently under study, will not be a silver mountain,” she warned, however.

In this high roller poker game, the Westerners are bluffing and do not have the means to back up their arrogant pretensions . Moscow has already put in $3 billion on the table.

In addition, Gazprom has also set the record straight in Kiev. Ukraine’s outstanding debt for its gas supplies will reach $4 billion. Who will pay without a comprehensive Russian help?

This grand geopolitical game underlies how weak the West has become, insidiously rotten by decades of profligacy and corruption and the bills are coming due. The drama has all the ingredients to turn into a major crisis and possibly a world war. What have we learned from History remains the unanswered question.