Cayce would diagnose illnesses and reveal lives of past and future through his prophecies through the acts of laying down on a couch and closing his eyes, drifting into a state of relaxation or meditation…

Edgar Cayce was the world’s christian mystic with an extraordinary gift of prophecy to predict in trance state of sleep or meditation, such health afflicted illnesses and earth changing events before they took place. He lived from (1877 till 1945) and is known as the “sleeping prophet,” the “father of holistic medicine,” and the most documented psychic of the 20th century. Edgar Cayce was born on a tobacco farm in Hopkinsville, Kentucky, in 1877.

ONE COULD ONLY WONDER WHAT GREAT ACHIEVEMENTS IN HEALTHCARE COULD HAVE RESULTED IF THIS FATHER OF HOLISTIC MEDICINE LIVED TODAY?

Edgar Cayce was a man of God, his favorite book the “Bible”–he would read on a daily basis. As a child and adult he was illiterate and had trouble with his words and learning yet he knew that if he could just nap or sleep on his books or any information that needed to be retained he could and would memorize the contents and he did through his unique God given abilities that proved to help thousands through his 40 years of dedicated and unconditional time of giving his gift away to all who seeked his assistance. With the knowledge that flowed from his trance state of consciousness, one would never have guessed that Edgar Cayce did not have any formal education on the anatomy and physiology of the human body or the many topics of information regarding the earth and world affairs, past, present and future.

At age 18 he met his soul mate Gertrude Evans who he married after six years of courtship. Gertrude assisted Edgar during his readings as she would ask him the questions mailed in from those in need and document his answers. They raised a family of three sons.

Over 40 years of readings later, were born the holistic health beginnings and the treatment of illness to dream interpretation and reincarnation, Cayce’s materials and insights offer practical help and advice to individuals from all walks of life, even today.

As an adult, Cayce would put himself into a state of meditation, connecting with the universal consciousness and from this state, came his documented “readings”.

Cayce would diagnose illnesses and reveal lives of past and future through his prophecies through the acts of laying down on a couch and closing his eyes, drifting into a state of relaxation or meditation, his gift and abilities would “place his mind in contact with all time and space” what is known today as the universal consciousness, also known as the super-conscious mind. It was there he could respond to questions as broad as “What is my purpose in life?” “How were the ancient pyramids of Egypt built?” “What can I do to heal my disorder?”… for these readings and their profound insights offered help and advice to all.

The majority of Edgar Cayce’s readings dealt with holistic health and the treatment of illness. Even today, individuals from all walks of life and belief receive physical relief from illnesses or ailments through information given during past readings, some as far back as one hundred years ago. One of these most treasured treatments was the use of “Castor Oil” as it appeared to normalize the lymph flow and aiding in elimination, removing toxins directly from the area of the body treated, whether the subject ingested a tablespoon of this oil or used it topically, everyone was diagnosed uniquely and each treatment was different yet the results were the same as the subjects all experienced the stimulating effects it had on the bowl or area of affliction. Cayce was not limited to concerns about the physical body as his entire readings related to over 10,000 different topics. Through his diversified subject matters, there were five categories listed, and what he discovered was that man could not be separated from his beliefs or thoughts as this was the building blocks to our reality.

Some of his predictions

Earth changes, past and future lives and carnations of the lost civilization of Atlantis as well as diet and holistic wellness of afflicted in need of healing, he would prescribe applications of home remedies without the knowledge of being a doctor himself as his gift took him deep inside himself to a place of time and space where all the answers would come to him as he tapped into what was referred as the “Akashic Records”. In 1931, the nonprofit group founded by Cayce is known as A.R.E. Association for Research and Enlightenment. It’s members have access to the entire set of 14,306 readings in a database with 9,000 out of the readings are health related.

Visitors come from all over the world to this Virginia Beach Library and Research Center to feed upon this documented knowledge of a sage and enlightened soul who helped thousands of the sick during his day and age. One could only wonder what profound differences he would have made LIVE in our health and wellness system considering all the controversial issues today effecting our food, water and air, as well as vaccinations and the treatment of our shell shocked veterans as he worked with many during his day and age, also it was Cayce who stated that one day that discovery would show what toxins are in a persons body by sample of their blood.

Although Cayce died more than 70 years ago, his readings and material are timeless and with subjects like discovering your mission in life, developing your intuition, exploring ancient mysteries, and taking responsibility for your health it is evidenced by the hundreds of books written on the various aspects of this work as well as a dozen or so titles focusing on Cayce’s life itself.

Together, these books contain information so valuable that even Edgar Cayce himself might have hesitated to predict their impact on the contemporary world. In 1945, the year of his passing, who could have known that terms such as “meditation,” “spiritual growth,” “auras,” “soul mates,” and “holistic health” would become household words? Thomas Sugrue, documents the details of Cayce’s life and work in his book, “There Is a River” (1942).

For Further Insight please view the video and database included 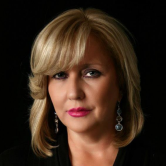 Soros, Obama and Hillary Clinton are the Shadow Party

Mueller Said To Be “Close To Completion” Of Trump Obstruction Probe