The beef between Bill Gates and Elon Musk appears to be very real.

Over the last 24 hours, text messages between Musk and Gates leaked on Twitter, wherein Musk declines to speak to Gates about philanthropic opportunities because Gates supposedly still has a “half billion dollar short position against Tesla”.

The leaked messages were posted by @WholeMarsBlog, a source that is known to be close to Tesla and Musk. “So apparently Bill Gates hit up @elonmusk to discuss “philanthropy on climate change” but Elon asked if he still had a half billion dollar short position on $TSLA,” the tweet reads.

“Bill said he hasn’t closed it out, so Elon told him to get lost,” it continues. Included in the Tweet are screenshots of the texts.

“Do you still have a half billion dollar short position against Tesla?” Musk asks. “Sorry to say I haven’t closed it out. I would like to discuss philanthropy possibilities,” Gates replied.

To which Musk wrote: “Sorry, I cannot take your philanthropy on climate change seriously when you have a massive short position against Tesla, the company doing the most to solve climate change.”

So apparently Bill Gates hit up @elonmusk to discuss “philanthropy on climate change” but Elon asked if he still had a half billion dollar short position on $TSLA.

Bill said he hasn’t closed it out, so Elon told him to get lost. No idea if this is true lol pic.twitter.com/iuHkDG3bAd

Musk confirmed in a Tweet that the conversation was real and said that he didn’t leak it to the New York Times. “I heard from multiple people at TED that Gates still had half billion short against Tesla, which is why I asked him, so it’s not exactly top secret,” Musk wrote.

But Musk wasn’t done there. In the later hours of Friday night, Musk Tweeted out a photo of Bill Gates, comparing him to the new Apple “pregnant man” emoji (yes, this is a thing and we wrote about it here), with the caption: “in case u need to lose a boner fast”.

in case u need to lose a boner fast pic.twitter.com/fcHiaXKCJi

Musk then took a jab at Twitter, posting a photo of cloaked shadowy figures with the caption: “shadow ban council reviewing tweet …” 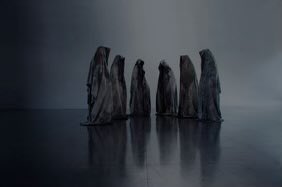 “My conversations with Gates have been underwhelming tbh [to be honest],” Musk wrote about Gates back in 2020, when the two first started feuding.

“It’s important to say that what Elon did with Tesla is one of the greatest contributions to climate change anyone’s ever made. And you know, underestimating Elon is not a good idea,” Gates told Kara Swisher last year.

According to CNBC, when Gates was asked back in 2020 about possibly shorting Tesla stock, he responded: “I don’t talk about my investments but I think he should be very proud of what he’s done.”

Democrats And Republicans Unite To Demand US Invasion Of Cuba