Most who would read this article are already painfully aware of the super pesticides and herbicides we suffer today as allowable residuals in the food we eat.

Scientists from across the planet have been railing against one in particular for years … Glyphosate. This Genetically Engineered Biotoxin has been tied (via solid scientific research) to increased sterility, kidney failure, cancer and more. Just last year the US government allowed a massive increase in this chemical (residual) in the very food you put on your dinner table to feed your children and loved ones. If at the original level allowed scientists where alarmed … why (without any public fanfare or knowledge) permit an increase of any significance, or at all? One has to wonder …

Another player of ever increasing significance is 2,4-D, the main active ingredient in Agent Orange. Agent Orange is the gift that keeps on giving in places like Cambodia and Vietnam, where its spraying several generations ago, was used to defoliate (KILL) forested areas to allow the US military to track enemy troop and supply movement during the Vietnam war. The indigenous populations are to this day still suffering cancers, massive birth defects, still births, infertility and more as a result. Dozens of studies have been published on the links between 2,4-D and non-Hodgkin’s lymphoma, as well as soft-tissue sarcoma in humans, and this is just the tip of the iceberg!

Now we come to the hyper insanity, a relatively new product branded ENLIST DUO is about to increase in proliferation in a huge fashion. This evil substance contains a combination of Glyphosate and 2,4-D, two of the most damaging chemicals to the human physiology and the biosphere know to science. Yet this government seems oblivious to scientific facts, historical data and the ever increasing rage of the population.

Although each of these GE Toxins on their own is serious reason for concern, the result of combining them is totally uncharted territory. Science has proven many times that combining two chemicals does not necessarily double the toxic reaction but may actually result in an increase of toxicity of magnitudes. Where are the studies to prove this is not the case here, where is the proof that these giant chemical companies are not unleashing a blight on humanity magnitudes above the already know toxic fallout of these chemicals as individual agents of death and destruction. Where is a government who’s purpose and mandate is to protect us ???

Once again humanity will be substituted for the lab rat and a generation from now we will know the results via our damaged for life, dead, or never born. And if the ramifications of each of these toxins individually is any indication … WE ARE IN SERIOUS FREAKING TROUBLE !!!

What we present below is further information pertaining to this relatively new Bio-toxic evil called Enlist Duo … There is no doubt in the mind of any in The Liberty Beacon project, that we will live to regret this poison in a fashion beyond our understanding today, unless we rally the troops and provide some serious push back … For the sake of our children, loved ones, humanity and this very planet … The Environmental Protection Agency is currently reviewing an application from Dow AgroSciences, a wholly owned subsidiary of Dow Chemical Co., to sell Enlist Duo for use in agriculture. Enlist Duo would be used on millions of acres of farm fields in combination with a new type of herbicide-resistant, genetically engineered crops.

The medical and scientific experts told a Congressional briefing that this would put human and environmental health at risk.

The U.S. Department of Agriculture is weighing a separate application from Dow to market corn and soybean seeds that the company genetically engineered to tolerate the 2,4-D/glyphosate combination.

Those who spoke at the briefing to oppose Dow’s application included Dr. Philip Landrigan of Mount Sinai School of Medicine, Dr. Catherine Thomasson of Physicians for Social Responsibility, John P. Wargo, Ph.D. of Yale University, Doug Gurian-Sherman, Ph.D. of Center for Food Safety and Gary Hirshberg of Stonyfield Farm and the advocacy group Just Label It.

Click here to listen to a full audio recording of the briefing.

“Exposures to herbicides in early life can lead to disease in childhood or disease later on in adult life or even old age,” said Dr. Landrigan, dean for global health at Mount Sinai School of Medicine. “Herbicide chemicals can also cross from mother to child during pregnancy and prenatal exposures that occur during the nine months of pregnancy are especially dangerous.”

“Physicians are very concerned about exposure to the combination of 2,4-D and glyphosate because of the potential lifelong and irreversible effects on the health of vulnerable populations, including children, pregnant women and farm workers,” said Dr. Thomasson, executive director of Physicians for Social Responsibility. “Policy decisions should take into account the costs that can result from failure to act on the available data on toxic herbicides.”

Americans are already exposed to 2,4-D in herbicides applied to lawns, turf grass and other non-agricultural sites. Exposure to the toxic defoliant has been linked to non-Hodgkin lymphoma and Parkinson’s disease as well as immune system, thyroid and reproductive problems. Glyphosate is the harmful active ingredient in Roundup, the infamous weed killer developed by chemical giant Monsanto.

“2,4-D already is permitted by EPA to remain as residues on over 300 different forms of food,” said John P. Wargo, Ph.D., professor of environmental health and politics at Yale University. “Spraying millions of additional acres with these chemicals will increase their contamination of soils, surface and groundwater and foods bearing their residues. If applied by aircraft, sprays will drift to adjacent lands, potentially endangering those who reside, go to school or work nearby.”

Crops genetically engineered to withstand Roundup were introduced in the mid-90s. As scientists predicted, weeds quickly developed resistance to the herbicide, which in turn led to the use of hundreds of millions more pounds of the weed killer than would have occurred without these crops.

“The toxic herbicide mix is being proposed because glyphosate alone is no longer working, since its overuse has led to the development of herbicide-resistant ‘superweeds’,” said Gary Hirshberg, chairman of Stonyfield Farm and Just Label It. “This ‘chemical treadmill’ benefits the GE patent holders at the expense of farmers, human health and the environment.”

“The biotech industry is about to repeat the same mistakes that got us into this predicament,” said Doug Gurian Sherman, Ph.D, senior scientist with Center for Food Safety. “The public must demand policies and research that help farmers adopt proven, ecologically-based farming systems with minimal pesticide use that are productive, profitable and better for society.”

Before the public comment period ended, EPA received half a million comments opposing the controversial proposal.

“The risks of approving a new 2,4-D mixture are clear,” said Mary Ellen Kustin, senior policy analyst at the Environmental Working Group. “If approved, the use of 2,4-D would increase three-to-sevenfold by 2020, according to the USDA. The risks are too great and benefits too few to jeopardize public health and the environment.” 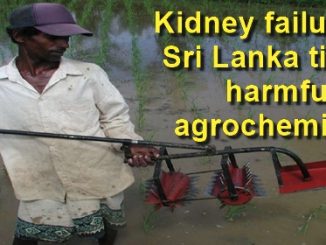 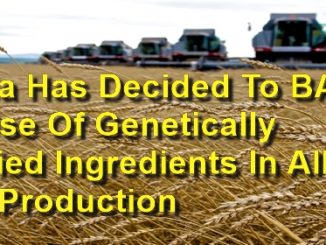