The EU commission’s Ursula von der Leyen and Council’s Charles Michel put their signature to Boris Johnson’s Brexit deal at a sombre ceremony today in Brussels. A copy will now be sent to Downing Street to allow the Prime Minister to complete the process ahead of its ratification in the EU Parliament next week. Writing on Twitter, EU Commission President Mrs von der Leyen said: “Charles Michel and I have just signed the Agreement on the Withdrawal of the UK from the EU, opening the way for its ratification by the European Parliament.”

EU Council chief Mr Michel added: “Things will inevitably change but our friendship will remain. We start a new chapter as partners and allies.”

The EU’s presidents flew back from Israel, where they had been attending events to commemorate the Holocaust.

The 600-page withdrawal agreement will now be transported to the Prime Minister in London to complete the process.

EU Council officials will oversee the depository of the document today in London.

Downing Street has been keen to keep news of the historic event quiet.

Last night, MEPs in the EU Parliament’s constitutional affairs committee recommended their colleagues back the deal in an institutional vote next week.

Just hours before, Brexit was enshrined in UK law when the Queen granted Royal Assent to Mr Johnson’s deal with Brussels.

In a possible sign of looming celebrations, several cases of English sparkling wine were delivered to Downing Street yesterday.

The Prime Minister’s spokesman said: “It has been a long three years but we have got Brexit over the line and the PM wants to move the whole country forward as one to a brighter future.”

Once Mr Johnson has added his signature to the withdrawal agreement, it will be transported back to Brussels where it will be stored in the bloc’s official archive.

Foreign Secretary Dominic Raab will also sign an “instrument of ratification” that will be deposited in Brussels to turn the Brexit deal into international law.

Hailing an end to the long battle over Brexit, the moment marks the close of more than three years of wrangling over Britain’s departure. 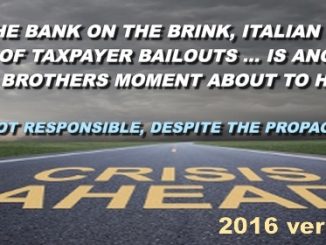