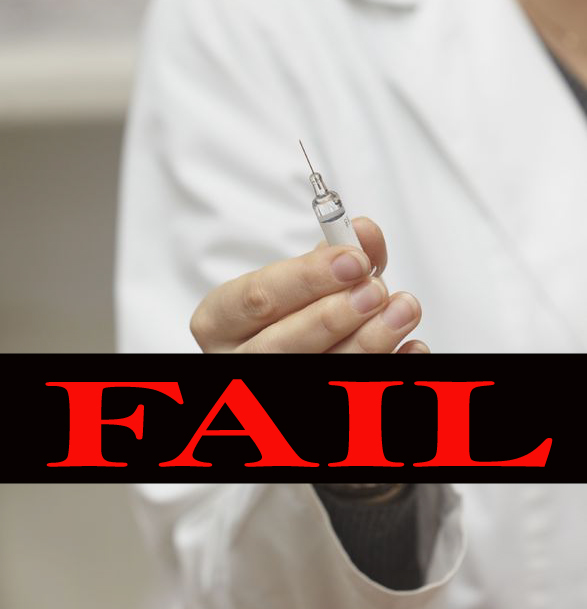 Just this week, the New York Times published an article stating that the problem of surging whooping cough cases has more to do with flaws in the current vaccines than with parents’ resistance. Could the truth about vaccines be going mainstream?

So, you’re trying to grow a plant. You take it inside, in a little pot. You feed it fertilizer, put it under lights, and when it starts to wilt, you prop it up with all sorts of sticks and tape, and when one fails, you add more. Eventually it dies.  All it wanted was sun, fresh air, clean water, and the magic of natural soil. I think of this pathetic image when I reflect up the absurdity of our vaccination program. If it were only absurd, and not deadly, my reflections would be just that. Instead, I am here to speak to pregnant women about how to arm themselves with knowledge, to warn them so there are no regrets.

As I have declared, I take pregnancy interventions, epigenetic exposures, and maternal health very, very seriously. After my fellowship-level training in psychiatric treatment of these women, I understand, all too well, how flawed and nearly impossible to achieve, safety data is for pharmaceutical products in pregnancy. Passive reporting systems and industry-maintained registries don’t cut it. I’d like to take you on a brief tour of one particular product that your OB may recommend, coerce, or bully you into, and then your child’s pediatrician will take the torch and do the same for your tiny baby: the diptheria, tetanus, pertussis vaccine, also known as DTaP.

As of 2012, every woman, regardless of any individual considerations or risk/benefit, is recommended the DTaP vaccine after 20 weeks of gestation.

Here’s how we got into this situation

Pertussis incidence was waning on its own until a 1980 mandate to vaccinate in 42 states. Since this time, and since the introduction of the seemingly “less dangerous” acellular pertussis vaccine (the whole cell vaccine was so clearly toxic that seizure activity and fevers drove parents away from vaccination, and it still took almost 50 years to change the product) was introduced in 1996, ten years after pharmaceutical companies were granted immunity through the National Childhood Vaccine Injury Act (i.e. ten years after there stopped being any incentive to produce safe vaccines).

Because of subsequent increasing incidence, more and more boosters were added to compensate for “waning immunity” and now children get 6 doses by 6 years old. Another stick thrown under that failing plant was the “cocooning” strategy which recommended that women and household members be vaccinated immediately after birth to “protect” the vulnerable newborn. This practice has been abandoned because of inefficacy and concerns for active spread to these infants. Now, the proposed solution is vaccinating before delivery. Seems to make sense, right? Vaccinate the mom so the antibodies pass to the baby before she’s born, and then she’ll be protected for a little while until we can start her lifelong vaccination program. The problem is that this idea, quaint as it is, has no basis in evidence and discussions in the literature have repeatedly pointed to this quandary:

“There is a lack of evidence that transplacental maternal antibody induced by Tdap administered during pregnancy will protect infants against pertussis.”

“Because no correlate of protection is known for pertussis, it is uncertain whether this increase in antibodies can be considered clinically protective.“

And, even from the horse’s mouth, the CDC claims:

“In addition, a woman vaccinated with Tdap during pregnancy likely will be protected at time of delivery, and therefore less likely to transmit pertussis to her infant.”

Unfortunately, all the “unknowns” and “likely”s and “uncertain”s  and a frank admission that In prelicensure evaluations, the safety of administering a booster dose of Tdap to pregnant women was not studied. do not stop the CDC from their recommendation that:

The wisdom of the immune system is such that infection educates the body in ways that we do not completely understand (it’s more than just antibody production!), and then passive exposure from infected individuals in the community, serves to continually reeducate and “boost” the potential response that keeps reinfection at bay.

Vaccines don’t do this, have never done this, and will never do this. DTaP is a perfect example.

In the case of infants, they would inherit natural antibodies and then pass them onto their newborns for years of protection – by evolutionary design. The assumption that vaccine-induced antibodies that pass through the placenta would pass for protection has never been demonstrated, and, in fact, is just that – an assumption. We have also seen shifts of the burden of disease to more vulnerable populations, and in many cases, this population is the newborn, exactly who we were intending to protect.

This pseudoimmunity, as Dr. Suzanne Humphries calls it, is what now requires that women and baby be continuously vaccinated from cradle to grave in hopes of achieving something approximating natural immunity.

So the vaccine doesn’t protect from disease?

Despite egregious efforts on the part of the media, and even medical authors (compare the abstract conclusion to the data, especially the image in this paper!) to blame the unvaccinated population, the truth is finally too obvious to ignore. After known outbreaks in Idaho, Cincinnati, California, and North Carolina where the majority to 100% of the infected population was vaccinated (no room for finger pointing there), we, just this week, have the crowning achievement appearing in the NY Times, of all places, stating:

“But scientists say the problem of surging whooping cough cases has more to do with flaws in the current vaccines than with parents’ resistance. The new finding suggests yet another weakness of the vaccine — that even people recently vaccinated may be continuing to spread the infection without getting sick.”

Whenever scientists actually bother to study these agents in primates, devastating signals of harm emerge.  To explore the hypothesis that the currently mandated vaccine, may in fact, after almost 20 years, be ineffective AND contribute directly to spread of illness, researchers infected infant baboons with the whole cell and “modern” acellular vaccine and found:

“Together these data form the key finding of this study: aP vaccines do not prevent infection or transmission of Bordetella pertussis even 1 mo after completing the primary vaccination series.”

And also noted abnormal patterns of immune response including:

And, similar to this late-to-the-game news on Hep B vaccine, they boldly state that, because vaccine “trials” don’t actually test for infection/colonization in recipients:

“Therefore, no experimental data exist on whether vaccination prevents B. pertussis colonization or transmission in humans.”

They appear to be advocating for use of the old whole cell vaccine, and attribute declines in whooping cough incidence after the 1940s to this vaccine rather than to the post-vaccine redefinition of whooping cough (as was done with Polio) and underreporting by physicians.

It doesn’t protect, it spreads disease, and wait, there’s more?

I can never seem to get enough of these horror show ingredient lists, so let’s start with these: filamentous hemagglutinin (FDA), pertactin, fimbriae, formaldehyde, polysorbate 80 (Tween 80), gluteraldehyde, 2-phenoxoyethanol, aluminum and thimerosal (mercury).

It is an unacceptable notion that any of my pregnant patients would inject metals, carcinogens, and neurotoxins into their muscle when we have spent hours upon hours helping to support their natural immunity, health and wellness through nutrient dense diets, pesticide and GMO elimination, elimination of endocrine modulating environmental chemical exposures, and stress management. Aluminum is an adjuvant implicated in neuroinflammation and autistic spectrum disorders, and may play a significant role in the process of molecular mimicry related to common peptides in B. pertussis and the human body that underlies the more devastating outcomes associated with this vaccines including sudden infant death, transverse myelitis, hemolytic anemia, and others documented on GreenMedInfo.

You can see what a mess of tape and sticks the CDC has made of the health and immunity of our population through even just this one DTaP vaccine mandate. Roping pregnant women into this concoction of half-baked ideas and neglect of harm is where we all need to draw the line, if you haven’t already. It’s time to take a step back, as citizens, to take a long, hard look at what is happening to our health as a population, and to appreciate that we cannot continue to take recommendations from doctors who trust companies who engage, repeatedly in criminal behavior, and who refuse to acknowledge any role for lifestyle, diet, and individual genetics in infectious disease. We cannot wait for them to say “oops” after decades of unacceptable risk in a context of no appreciable benefit. Opt out of the experiment. None of the subjects leave healthy.

Dr. Brogan is allopathically and holistically trained in the care of women at all stages of the reproductive cycle experiencing mood and anxiety symptoms, including premenstrual dysphoria (PMDD), pregnancy and postpartum symptomatology, as well as menopause-related illness.

You can learn more about Dr. Brogan at www.kellybroganmd.com, and connect with her on Facebook,