“It is well known that in war, the first casualty is truth – that during any war truth is forsaken for propaganda.” ~ Harry Browne

The war against so-called ‘vaccine preventable’ diseases has a new frontier: the internet, and most recently The Council of Foreign Relations (CFR) has entered the fray with the publication of an interactive map that it claims
“visually plots global outbreaks of measles, mumps, whooping cough, polio,
rubella, and other diseases that are easily preventable by inexpensive and
effective vaccines.”  This widely referenced map generated news headlines such as:

CFR’s map is “made possible by the Bill & Melinda Gates Foundation,” and is part of The Global Health Program at the Council on Foreign Relations, which it claims “provides independent, evidence-based analysis and recommendations to help policymakers, business leaders, journalists, and the general public meet the health challenges of a globalized world.”  The problem, however, with this map is that is not based on peer-reviewed biomedical evidence as one would expect, but largely anecdotal evidence aggregated from unconfirmed and often unverifiable news stories.

With not a shred of evidence, reporters like Michael Hiltzik from the LA Times opine that the prevalence of measles in Europe — especially Britain — and the U.S are an “artifact of the anti-vaccination movement, which has associated the vaccine with autism.” Really? Why no mention of the extensive evidence within the published literature of measles vaccine failure in the US since 1995 in immunization compliant populations, revealing that measles epidemics are often due to a failing vaccine and not the failure to vaccinate? If the CFR’s map is ‘evidence-based,’ why no references to the primary literature?

Take a quick peek at a few examples of the explicitly not evidence-based sources for this map, which are simply re-broadcasted official statements of state- or private medical establishment-sponsored propaganda:

Shockingly, in the last CFR/Gates Foundation map’s reference from the Springfield News Sun the author actually points out that one of the likely causes of the increase in pertussis vaccine is the vaccine itself:

“Reasons for the increase are multi-pronged, but may be due in part to changes to the pertussis vaccine, according to the study.

The FDA conducted the study in baboons, an animal that reproduces whooping cough similar to humans. Two groups of baboons were vaccinated with whole-cell pertussis vaccine and the accelluar vaccine, which replaced the use of whole-cell vaccine in the 1990 due to concerns about sides effects. 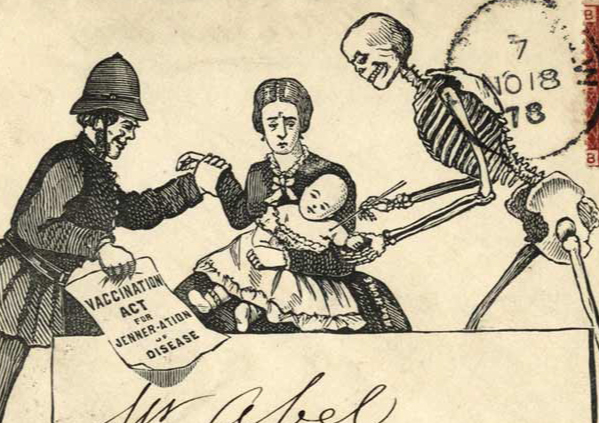 Clearly, the CFR’s map can not be taken seriously, and is simply a higher order expression of at best subpar health reporting, at worst baseless propaganda, demagogically projected into the media to hapless consumers whose ability to think critically and question authority is virtually non-existent. By framing advocates of non-vaccination as rabidly irrational ‘anti-vaxxers’ and blaming them for what are often non-vaccine preventable diseases — having far more to do with environmental factors such as access to clean water and basic nutrition –the CFR (and the Bill & Melinda Gates foundation who shares responsibility in creating this disturbingly inane and non-credible piece of propaganda) is joining a growing global movement, recently evidenced by UNICEF’s attack on independent health journalism related to vaccines, aimed at eliminating vaccine choice, despite increasing awareness of their true dangers and lack of effectiveness. The result of this shoddy work, however, is to further lionize a growing global movement to reject the alarmingly rapid expansion of vaccine schedules in favor of a more natural, precautionary approach to disease prevention.

Sayer Ji is the founder of GreenMedInfo.com, an author, researcher, lecturer, and an advisory board member of the National Health Federation. Google Plus Profile. His writings have been published and referenced widely in print and online, including, Truthout, Mercola.com, New York Times online, The Journal of Gluten Sensitivity, New York Times  and The Well Being Journal. He founded Greenmedinfo.com in 2008 in order to provide the world an open access, evidence-based resource supporting natural and integrative modalities. It is widely recognized as the most widely referenced health resource of its kind.