History Shows Free Speech Is The Loser In Mob Action 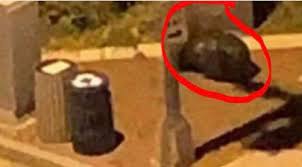 Below is my column in The Hill on the ongoing destruction of memorials and statues. After this column ran, I learned that one of the iconic busts of George Washington University had been toppled on my own campus. I did not learn that from our university, which was conspicuously silent about this destructive act at the very center of our campus.  There is something eerily familiar in the scenes of bonfires with police watching passively as public art is destroyed.  Such acts are akin to book burning as mobs unilaterally destroyed images that they do not want others to see.  There are valid issues to address on the removal of some public art but there is no room or time for debate in the midst of this spreading destruction.  Even when there is merit to objections to literally or artistic or historical works, mob action threatens more than the individual work destroyed by such action. The media has largely downplayed this violence, including little comparative coverage of an attack on the Democratic state senator who simply tried to videotape the destruction of a statue to a man who actually gave his life fighting against slavery in the Civil War.  As discussed earlier, history has shown that yielding to such mob rule will do little to satiate the demand for unilateral and at times violent action. People of good faith must step forward to demand a return to the rule of law and civility in our ongoing discourse over racism and reform.

Here is the column:

The scenes have played out nightly on our television screens. In Portland, a flag was wrapped around the head of a statue of George Washington and burned. As the statue was pulled down, a mob cheered. Across the country, statues of Christopher Columbus, Francis Scott Key, Thomas Jefferson, and Ulysses Grant have been toppled down as the police and the public watch from the edges. We have seen scenes like this through history, including the form of mob expression through book burning.

Alarmingly, this destruction of public art coincides with a crackdown on academics and writers who criticize any aspects of the protests today. We are experiencing one of the greatest threats to free speech in our history and it is coming, not from the government, but from the public. For free speech advocates, there is an eerie candescence in these scenes, flames illuminating faces of utter rage and even ecstasy in destroying public art. Protesters are tearing down history that is no longer acceptable to them. Some of this anger is understandable, even if the destruction is not. There are statues still standing to figures best known for their racist legacies.

Two decades ago, I wrote a column calling for the Georgia legislature to take down its statue of Tom Watson, a white supremacist publisher and politician who fueled racist and antisemitic movements. Watson was best known for his hateful writings, including his opposition to save Leo Frank, a Jewish factory manager accused of raping and murdering a girl. Frank was taken from a jail and lynched by a mob enraged by such writings, including the declaration of Watson that “Frank belongs to the Jewish aristocracy, and it was determined by the rich Jews that no aristocrat of their race should die for the death of a working class Gentile.”

Yet today there is no room or time for such reasoned discourse, just destruction that often transcends any rationalization of history. Rioters defaced the Lincoln Memorial in Washington and a statue of Abraham Lincoln in London. Besides attacking those monuments to the man who ended slavery, rioters attacked statues of military figures who defeated the Confederacy, like Grant and David Farragut, who refused to follow Tennessee and stayed loyal to the Union. In Boston, rioters defaced the monument to the 54th Massachusetts Infantry, the all black volunteer regiment of the Union Army. In Philadelphia, the statute of abolitionist Matthias Baldwin was attacked, despite his fight for black voting rights and his financial support for the education of black children.

This systematic destruction of public art is now often rationalized as the natural release of anger by those who have been silenced or marginalized. Even rioting and looting has been defended by some as an expression of power. However, a far more extensive movement is unfolding across the country, as people are fired for writing in opposition to these protests. In Vermont, Windsor School principal Tiffany Riley was placed on leave for questioning protest rhetoric on Facebook, where she posted, “While I understand the urgency to feel compelled to advocate for black lives, what about our fellow law enforcement?” She was denounced on social media as “insanely tone deaf” and is being forced to retire.

At the University of Chicago, there is an effort to fire Harald Uhlig, who is a professor and senior editor of the prestigious Journal of Political Economy. His offense was questioning the logic of defunding the police and other messaging from the protests. Writers like Paul Krugman of the New York Times denounced him, and he was accused of the unpardonable sin of “trivializing” the Black Lives Matter movement. Professors across the country are being targeted because they object to aspects of these protests or specific factual claims. Students also face punishment.

Syracuse University student journalists at the Daily Orange have fired a columnist for writing a piece in another publication that questioned the statistical basis for claims of “institutional racism” in police departments. Adrianna San Marco discussed a study published last year by the National Academy of Sciences that had found “no evidence” of disparities against Blacks or Hispanics in police shootings. Such a view could be challenged on many levels. Indeed, this once was the type of debate that colleges welcomed. Yet San Marco was accused of “reinforcing stereotypes.”

The merging of journalism and advocacy is evident in academia, where intellectual pursuit is now viewed as reactionary or dangerous. Many opposed a recent recognition given by the American Association of University Professors to an academic viewed by many as antisemitic. I disagreed with the campaign against the professor as a matter of free speech. However, I was struck by the statement that she “transcends the division between scholarship and activism that encumbers traditional university life.” That “encumbrance” was once the distinction between intellectual and political expression. As academics, we once celebrated intellectual pluralism and fiercely defended free speech everywhere.

However, we now increasingly join the mob in demanding the termination or “retraining” of academics who utter opposing views. In my 30 years of teaching, I never imagined I would see such intolerance and orthodoxy on campuses. Indeed, I have spoken with many professors who are simply appalled by what they are seeing but too scared to speak up. They have seen other academics put on leave or condemned by their fellow faculty members. Two professors are not only under investigation for criticizing the protests but received police protection at home due to death threats. The chilling effect on speech is as intentional as it is successful.

Such cases are mounting across the country as academics and students enforce this new orthodoxy on college campuses. What will be left when objectionable public art and academics are scrubbed from view? The silence that follows may be comforting to those who want to remove images or ideas that cause unease. History has shown, however, that orthodoxy is never satisfied with silence. It demands speech.

Once all the offending statues are down, and all the offending professors are culled, the appetite for collective suppression will become a demand for collective expression. It is a future that is foreshadowed not in loud cries around the bonfires we see every night on the news. It is a future guaranteed by the silence of those watching from the edges.

Vaccine disasters governments want you to forget [by Jon Rappoport]