Researchers affiliated with France’s National Institute for Agricultural Research recently announced the results of their study regarding potential conflicts of interest and published studies on GM crops. The study was published by the journal PLOS One and determined that a large portion of studies on genetically modified crops were rife with conflicts of interest.

Most of these studies were tainted because someone working on the study was also an employee of a GM-producing company either as an author or having received funds directly from the company.

Out of 579 published studies that were analyzed, around 40% showed a conflict of interest. “We found that ties between researchers and the GM crop industry were common, with 40% of the articles considered displaying conflicts of interest,” said the authors of the study.

The researchers also noted that studies with conflict of interest had a much higher likelihood of presenting a favorable outcome for GMOs when compared to those without.

In particular, we found that, compared to the absence of COI (conflict of interest), the presence of a COI was associated with a 50% higher frequency of outcomes favorable to the interests of the GM crop company.

The majority of these studies were American – 404 in total – and 83 Chinese.

“The most important point was how we also showed there is a statistical link between the presence of conflicts of interest and a study that comes to a favorable conclusion for GMO crops,” said Thomas Guillemaud, Director of Research at Francis National Institute for Agricultural Research. “We thought we would find conflicts of interest, but we did not think we would find so many.”

It should also be noted that the study itself was limited because it only investigated direct financial conflict of interest. It did not include conflicts of interest such as authors being members of advisory boards, co-holders of patents, or consultants to GM companies.

This study, thus, shows the incredible level of corruption, politicization, and deceit now present in the scientific community, particularly in the Western world. If academics and scientists want to know why more and more people distrust their claims, this is a perfect example.

This article (Hundreds of GMO Studies BUSTED By Discovery of Major Conflicts of Interest) can be republished under a Creative Commons license with  attribution to Brandon Turbeville, source and Natural Blaze.com, keeping links and bio intact. Image: GM Watch

Brandon Turbeville – article archive here – is an author out of Florence, South Carolina. He is the author of six books, Codex Alimentarius — The End of Health Freedom, 7 Real Conspiracies,Five Sense Solutions and Dispatches From a Dissident, volume 1 and volume 2, The Road to Damascus: The Anglo-American Assault on Syria,and The Difference it Makes: 36 Reasons Why Hillary Clinton Should Never Be President. Turbeville has published over 600 articles dealing on a wide variety of subjects including health, economics, government corruption, and civil liberties. Brandon Turbeville’s podcast Truth on The Tracks can be found every Monday night 9 pm EST atUCYTV. He is available for radio and TV interviews. Please contact activistpost (at) gmail.com. 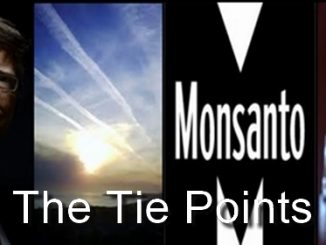 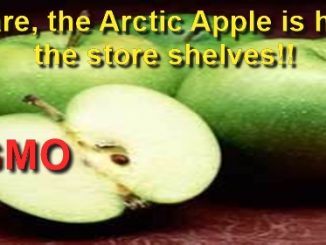 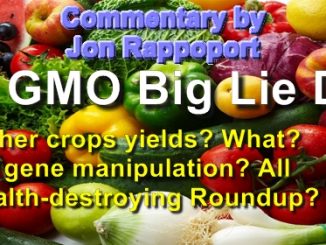 The GMO Big Lie dies on the vine – Jon Rappoport