A new Declaration of Independence for 2018

Now that 2017 has ended with a whimper, it is possible to look forward to what the new year might bring. Nuclear armed North Korea is the potential flash point for a new war, but unless leader Kim Jong-un is actually intent on personal and national suicide, it is unlikely that Pyongyang will take the steps necessary to escalate and trigger such an event. Far more dangerous is the Trump White House, which seems to confuse acting tough with acting smart. Every time Secretary of State Rex Tillerson mentions negotiating, he is contradicted by Nikki Haley or the president saying that diplomacy has played out, but the reality is that the incineration of the Korean peninsula and the deaths of hundreds of thousands or even millions, which such a war would inevitably produce, might just be a bridge too far even for the generals and assorted psychopaths that appear to be running the show. Which means that at a certain point, the diplomats, perhaps in an arrangement brokered by Russia or China, will have to take over. Let us hope so anyway.

And the United States has also shot itself in the foot regarding Russia, an adversary with which Donald Trump once upon a time wanted to improve relations. But that was all before a politically driven Russiagate happened, turning Moscow into the enemy of choice once again, as it once was during the Cold War. In any event, dealmaker Trump did not appreciate that you can’t improve relations when you threaten a vital interest of those you are wanting to improve relations with. The United States and its allies persist in running military exercises right on Russia’s borders under the false assumption that President Vladimir Putin heads an expansionist power. The recent decision to sell offensive weapons to Ukraine is a move that serves no American interest whatsoever while at the same time threatening Moscow’s vital interests since Ukraine sits right on its doorstep. It is a bad move that guarantees that relations with Russia will continue to be in the deep freeze for the foreseeable future.

Note that all the major problems that America is experiencing versus the rest of the world are pretty much self-inflicted. In my view, looking beyond Russia and North Korea, America’s principal foreign policy problems continue to be centered on the Middle East and all originate in the deliberate instability generated by Israel, currently joined in an unholy alliance by its former enemy Saudi Arabia. The Tel Aviv (excuse me, Jerusalem) to Riyadh axis is currently working hard to bring a new war to the Middle East as part of their plan to have the United States military destroy Iran as a major regional power.

One might reasonably observe that the United States has no vital interest in what either Israel or Saudi Arabia does, but it does have some minor interests in the region, which include not allowing the area to become a breeding ground for transnational terrorist groups and safeguarding the movement of energy products so there will be no surge in prices that would hurt the energy dependent U.S. economy. That’s about it, and the interests neither include nor justify starting World War III.

The problem with Israel is that it and its powerful billion-dollar domestic lobby have their hooks so deeply embedded in the American political system as well as in the national media that the Jewish state is virtually bullet-proof. Most recently, we have learned that Facebook has been deleting critical accounts at the request of the Israeli government. Meanwhile, that same government has been working hard to make any consideration of Palestine or the Palestinians disappear, recently successfully demanding that the National Basketball Association remove a website reference to Palestine, which Israel’s sports minister described as an “imaginary state.” NBA Commissioner Adam Silver apparently agreed. Even recent blockbuster revelations that Israel rather than Russia had been corrupting Team Trump produced a few Israelgate stories before disappearing completely down the memory hole.

Israel has consistently been able to make whoever is in the White House dance to its tune without suffering any serious consequences. With Donald Trump, one might even argue that it has been able to so condition the president that he goes around looking for things to do to please Benjamin Netanyahu that Israel has not even yet asked for. The moving the U.S. Embassy to Jerusalem is one such gift, something that pleases Israel so much that it is going to name a train station after the president, but which gives nothing but grief to the United States and to American citizens and businesses abroad.

Of course, one might argue that Trump had help in coming to his decision. He is surrounded by Orthodox Jews as well as Christian Zionists like Mike Pence and Nikki Haley, all of whom appear to put Israel first, not exactly a good formula for “Making America Great Again.” The Jewish advisers also have financial and business ties to Israel, suggesting that Robert Mueller might look towards the Middle East if he actually wants to find foreign government interference in U.S. politics. 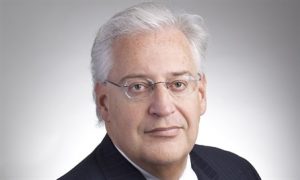 To cite only one recent example of how the constant pressure to please Israel and minimize its transgressions works in practice, the U.S. Ambassador to Israel David Friedman (pictured) apparently got into a pissing match with the State Department over its policy to refer to the Palestinian land that Israel has illegally stolen and settled as “occupied.” Friedman, a passionate supporter of the fanatical settlers who have done much of the occupying, would prefer a different adjective, possibly “improved” or “returned-to-original-owners.”

And Friedman might well be regarded as little more than a Zionist crank by comparison with Michael Makovsky, who heads the Jewish Institute for National Security Affairs (JINSA). Makovsky is much exercised over Iran’s alleged ambitions and wants to counter them by redrawing most of the borders in the Middle East. He intones “Maintaining Syria, Iraq, Lebanon and Yemen in their existing forms is unnatural and serves Iran’s interests.” Makovsky would like to break all those countries up into their component tribal, ethnic and religious parts, starting with separating the Kurdish region from Iraq and breaking Syria into three separate states. He does not mention that he is not original in this thinking as it reflects the Israeli Yinon Plan of the 1980s and the American neocon “Clean Break” proposal that was written by geniuses like Richard Perle, Doug Feith and David Wurmser and presented to Netanyahu in 1996. Makovsky also does not mention that, if there is a country in the Middle East that has artificial borders and strong sectarian divisions in the area that it rules over, it is Israel, but of course use of the word “border” would be somewhat inaccurate as an expansionistic Israel has no declared borders at all.

And the media is fully complicit in playing Israel’s tune. A recent attempt to link Hezbollah to drug trafficking into the U.S., implicating by proxy Iran, would appear to be a completely fabricated story. I can go on and on about why America on moral grounds should not be supporting an apartheid regime loaded with racist thugs from top to bottom, headed by a completely cynical regime that sends its “soldiers” into Palestinian areas to shoot people without legs and children, but it would only inflame the hasbarists that seem to gather like vultures anytime anyone writes or says anything negative about the “only democracy in the Middle East” and “America’s greatest and best ally.”

When all else fails, the Israel-firsters resort to name calling. On Sunday, the Washington Post featured a full-page ad condemning New Zealand pop singer Lorde, whose crime was that she had decided to cancel a 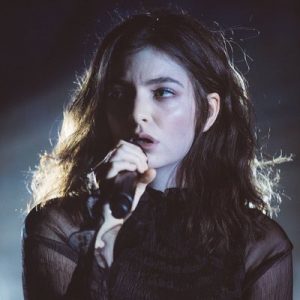 performance in Israel on political grounds. The ad, placed by “America’s Rabbi” Shmuley Boteach, absurdly called Lorde a bigot and “Jew-hater” while ludicrously linking her to the killing of civilians in Syria by virtue of the fact that she is willing to perform in Russia. Indeed, anyone who objects to Israel’s policies or to the strenuous efforts made by Jewish individuals or groups to promote the same is automatically dubbed “an anti-Semite.” Ditto for Americans who object to taxpayer money being used to put up and support the heavily politicized holocaust museums that seem to be popping up like mushrooms all across America. Those who protest are labeled “holocaust deniers.”

For those American Jews and Christian Zios who persist in their deep affection for Israel and choose to look the other way even as it tortures, kills, removes human organs and steals, I seriously ask for examples of Israel actually doing anything good for the United States and for the American people. What benefit does it provide in return for its constant interference in the U.S. political system and economy that nets it the many billions of dollars handed to it by the U.S. Treasury, billions more allowed as “charitable contributions,” and still billions more given in the form of coproduction projects and trade concessions?

What is the return for Washington trashing its own good name by protecting Israel in international fora like the United Nations, as has been occurring in spades since Nikki Haley appeared on the scene? When has Israel ever apologized or made amends for its virtually incessant spying on the U.S. and its thefts of American technology? And what about the attack on the USS Liberty fifty years ago which killed 34 Americans? The dwindling number of crew members are still waiting for an official inquiry that would make clear what Israel did on that day in June.

And finally, what would be the net gain for the U.S. if it gets prodded into a war with Iran in which it could quite plausibly lose an aircraft carrier or two while making traveling Americans prime targets for a new wave of terror attacks? The sad part is that it might be too late already. The Israeli media is reporting that the Trump

and Netanyahu have signed a secret agreement to actively target and go after Iran over its alleged military programs. A war in which Americans will fight and die, not Israelis, is certainly being planned behind the scenes.

What I am arguing is that, unlike the situations with Russia and North Korea where the United States has gotten itself maneuvered into a corner where there are actual interests at stake, there is absolutely no national interest that compels Washington to do anything for Israel. The U.S. should pull the plug on the phony “special relationship” with Netanyahu and his nest of vipers. Let’s make a New Year’s resolution to work hard to accomplish just that. Let’s boycott businesses and sport franchises whose owners are particularly fond of Israel’s settlements to send the message that there are consequences. Let’s talk about Israel, to be sure, but without the self-imposed censorship in the media and not through the mouths of the numerous gatekeepers that head so-called peace organizations, nor through the bought and paid congress-critters. Nor from the White House, which is rapidly becoming little more than a reliable echo chamber for Israeli interests. Let’s tell it like it is. If Americans are exposed to the hard truths about Israel it is hard to imagine that they will want to associate with it in any capacity. Cut the tie that binds and do it now.

Philip M. Giraldi, Ph.D., is Executive Director of the Council for the National Interest, a 501(c)3 tax deductible educational foundation that seeks a more interests-based U.S. foreign policy in the Middle East. Website is www.councilforthenationalinterest.org, address is P.O. Box 2157, Purcellville VA 20134 and its email is inform@cnionline.org

Facets: The Oath Keepers Of America Are Voting For Trump