If I could get my liberal Democrat friends to answer one question honestly, I think it would be this…

“Do you really believe that Hillary Clinton is innocent of the crimes she’s been accused of and has been honest with the American people?”

If they were being honest, I don’t think any of them could reply affirmatively. I am almost certain that none of them would be willing to make themselves liars by calling the woman honest or innocent. I know this because even liberals who are a bit more craven, like New Hampshire Governor Maggie Hassan (D-NH) and liberal journalist Bob Woodward (of Watergate fame), can’t bring themselves to do it.

Hassan is a devoted Clinton surrogate who has been making the rounds in the media trying to drum up support for her candidate. However, she got tripped up when she appeared on CNN Tuesday morning. During her conversation with CNN’s Manu Raju, she was asked a completely surprising question… well at least it was surprising to her.

“Do you think that she is honest and trustworthy?” Raju innocently asked the Governor. Did Hassan respond with an immediate and emphatic, “Yes, of course she is!”

Even a seasoned Clinton shill like Hassan could not bring herself to sink so low as to claim that Clinton was “honest”. Here’s how Hassan responded:

Maggie Hassan: “I support Hillary Clinton for the presidency because her experience and her record demonstrate that she is qualified to hold the job.”

So Manu Raju tried again, “Do you think she is honest?”

Maggie Hassan: “She has, um, a critical, critical plan among others for making college more affordable.”

Finally, Raju pled with Governor Hassan to answer the question, “But do you think that she is trustworthy?”

To which Hassan replied: “I think she has demonstrated a commitment always to something beyond herself, bigger than herself.”

Ha. Yea, Maggie, don’t worry about it. I couldn’t have told a bald-faced lie like “Hillary is honest” on national TV either. That kind of insincerity could only come from someone as seasoned at lying as a Clinton.

Don’t blame Hassan for being unable to even pretend that Hillary Clinton is honest. Even the most anti-conservative among us can see the dishonesty and the corruption oozing from Hillary’s pores. Just ask the Washington Post’s Bob Woodward.

Woodward was on CBS This Morning to discuss Donald Trump’s recent foreign policy speech and the state of the Hillary Clinton email scandal, but when asked to comment on what we should be watching for in the Congressional Clinton email investigation, Woodward described this as a “very serious issue.”

This is a “very serious issue. So many unanswered questions. Let’s face it, Hillary Clinton has not come totally clean on this…”

When answering why she hasn’t come clean on this, Woodward responded: “Habit of secrecy. The whole idea of the private server was so no one would know. It’s a very bad habit. I think people say, ‘if she became president are we going to have some kind of transparency. Is there going to be a culture of straight talk, rather than a culture of concealment?’”

You know Bob, when anyone else is knocked for having a “habit of secrecy” they’re usually just called LIARS. I know, that’s probably too straightforward for a liberal journo who’s spent the last 50+ years living and working in Washington, D.C. but that’s exactly what you’re talking about here. It’s not a culture of secrecy or concealment. It’s a culture of lying to cover up the things that might derail her future.

Stop parsing. Stop using weasel words. She is a liar and she hasn’t “come clean” because she knows that the things she is lying to cover up could destroy her career and her chances at becoming President. Hillary Clinton knows it, Maggie Hassan knows it, Bob Woodward knows it, and the American people SHOULD know it, too.

TLB finds other articles of interest at Constitution.com 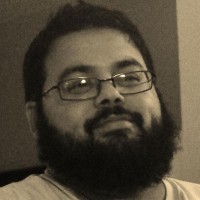 When Hillary says !@#^* or does [redacted] what does MS Media do?

When Too Much Power Makes Elites Insane