ER Editor: How the Globalist Media Do It. In this case, Canadian.

Dr. Joel Kettner (pictured), a Manitoba doctor, professor and top health administrator and veteran of 30 years and 30 pandemics, expresses a number of concerns not only with the puzzling position taken by WHO, but also the deleterious social, psychological and economic consequences for the public currently underway. And provides some statistics from Hubei Province in China, which completely undercuts the whole fear-panic narrative. He is finally cut off by CBC interviewer Duncan McCue, who then completely changes tack by talking about … Trump.

Note that one of the invited doctors onto this radio broadcast is pushing for more ‘flu vaccines, as is the public health agency of Canada, which are correlating with higher rates of the very disease that they’re supposed to PREVENT. This doctor is also ‘terrified’ of COVID. That seems to be the narrative we’re supposed to accept everywhere: immense fear and Big Pharma solutions. It is certainly the case here in France.

The relevant part of the radio program runs for about 6 or so minutes (linked to below), and is worth listening to. A transcription is provided.

Dr Joel Kettner phoned into the March 15th episode of CBC’s Cross Country Checkup podcast to discuss the Canadian (and international) reaction to the Covid19 pandemic. He was in the middle of making a point about statistics when the host abruptly cut him off.

While the two invited guests were very much taking the governmental line on the threat of Covid19, Dr Kettner was striking a different tone. 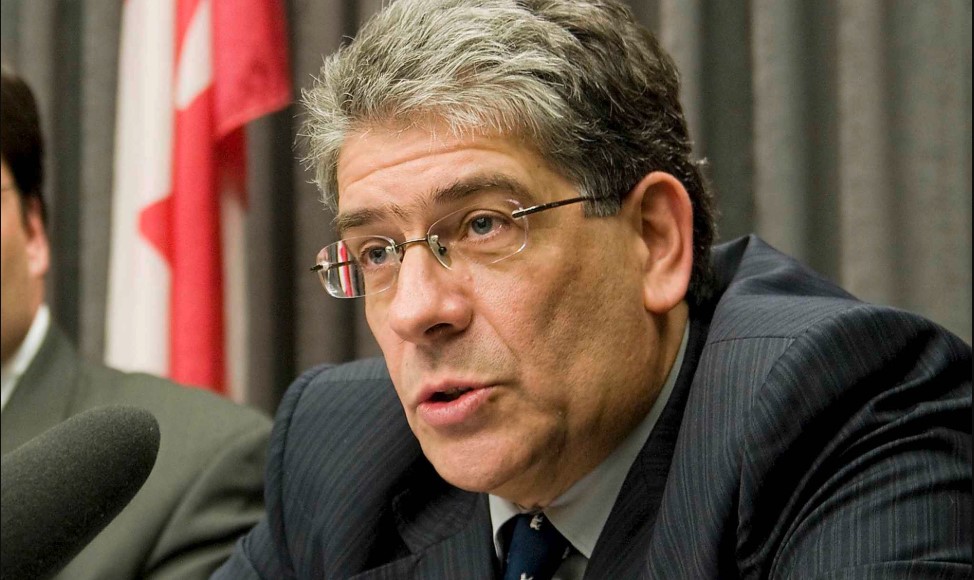 To be clear, Dr Kettner is not a fringe or controversial character. He is professor of Community Health Sciences and Surgery at Manitoba University, former Chief Public Health Officer for Manitoba province and Medical Director of the International Centre for Infectious Diseases.

He was interviewed on Global News in January, when the pandemic was first hitting the news.

His comments are informative and interesting, but the host’s reaction perhaps more so. Listen below (starting at around 1 hour 12 minutes in), or we have transcribed them for you.

Duncan McCue (DM, Host): Dr Joel Kettner is on the line from Manitoba. Hi, Dr Kettner welcome to Checkup. You teach at the University of Manitoba and are former Chief Medical Officer of Manitoba, I understand. So what do you think of how we are coping right now?

Dr Joel Kettner (JK): Well I don’t know what to think, frankly, but I’ll tell you what I do think. First, I wanna say that in 30 years of public health medicine I have never seen anything like this, anything anywhere near like this. I’m not talking about the pandemic, because I’ve seen 30 of them, one every year. It is called influenza. And other respiratory illness viruses, we don’t always know what they are. But I’ve never seen this reaction, and I’m trying to understand why. I have to say that I really feel for my colleagues that are in public health practice. it is easy for me to sit in the armchair of my office and look at this and observe it, and be critical and have ideas. But I really feel for them for three reasons.

One is that the data they are getting is incomplete to really make sense of the size of the threat. We are getting very crude numbers of cases and deaths, very little information about testing rates, contagious analysis, severity rates, who is being hospitalised, who is in intensive care, who is dying, what are the definitions to decide if someone died of the coronavirus or just died with the coronavirus.

There is so much important data that is very hard to get to guide the decisions on how serious a threat this is.

The other part is we actually do not have that much good evidence for the social distancing methods. It was just a couple of reviews in the CDC emerging infectious disease journal, which showed that although some of them might work, we really don’t know to what degree and the evidence is pretty weak.

The third part is the pressure that is being put on public health doctors and public health leaders. And that pressure is coming from various places. The first place it came from was the Director-General of the World Health Organization (WHO) when he said “This is a grave threat and a public enemy number one”. I have never heard a Director-General of WHO use terms like that.

Then when he announced the pandemic, he said he was doing it “because of a grave alarming quick spread of the disease and an alarming amount of inaction around the world” that puts a huge pressure on public health doctors and leaders and advisors and huge pressure on governments, and then you get this what seems like a cascade of decision making that really puts pressure on the countries and governments – provincial, state – to sort of…to keep up with this action that Dr Hoffman [an earlier guest on the programme] said that we are trying to avoid, or should avoid, which is an overreaction. I don’t know what is an appropriate reaction, but I do know that I am having trouble trying to figure this out and I…

DM: …So I’m sure that your medical colleagues across the country are probably nodding their heads when you say they don’t have enough data, that they lack data. I suspect health professionals around the world wish they had more data, whether it is testing rates, severity rates, all that kind of thing. So it’s probably a valid concern. But you mentioned that you are not confident with some of the literature with regard to social distancing and its effectiveness […] What is the basis of your concern then? If social distancing is debatable in your mind, what do you worry about then?

If you look at the data for what we are actually dealing with, I want to give this example. In Hubei, in the province of Hubei, where there has been the most cases and deaths by far, the actual number of cases reported is 1 per 1,000 people and the actual rate of deaths reported is 1 per 20,000. So maybe that would help to put things into perspective, as to the actual rate and risks of this condition, because it is a lot lower in any other part of the world, including Italy, and certainly in Canada and the United States…

[INTERRUPTED BY HOST AGAIN, INTERVIEW OVER]

Many thanks to Cory Morningstar for bringing this to our attention. She is doing great work collating dissident voices on the coronavirus, follow her on twitter if you don’t already.

Correction 18/03/20 – The original version of this article incorrectly suggested Kettner was an invited guest of the programme, when in reality he phoned in of his own volition.