Donald Trump fans are assembling at an Ohio fairground where the former president is scheduled to give a speech that will mark the start of a series of political events endorsing candidates running against his political nemeses.

(RT-USA News)  Trump will hold a rally in Wellington, Ohio on Saturday – his first since his January 6 event in Washington, DC that ended in the Capitol being stormed by a group of violent demonstrators.

A video posted to social media shows a large field with rows of parked cars, apparent evidence that “hundreds” of Trump supporters have arrived early to see the former president speak.

Hundreds of Trump supporters at the Lorain County Fairgrounds in Ohio this morning, as crowds gather ahead of Trump’s first public rally since January 6th, where he’ll be campaigning for congressional candidate Max Miller pic.twitter.com/GavS8pK5jI

Scenes from around the Trump rally this morning pic.twitter.com/Y51Z86hqaF

The stage where Trump is scheduled to speak contains a large sign saying, “Save America,” another video of the site revealed.

Stage set up with signs reading “Save America!” here in Ohio, where Trump is returning to the campaign trail for his first post-presidency rally this evening pic.twitter.com/NtB5qTFg3O 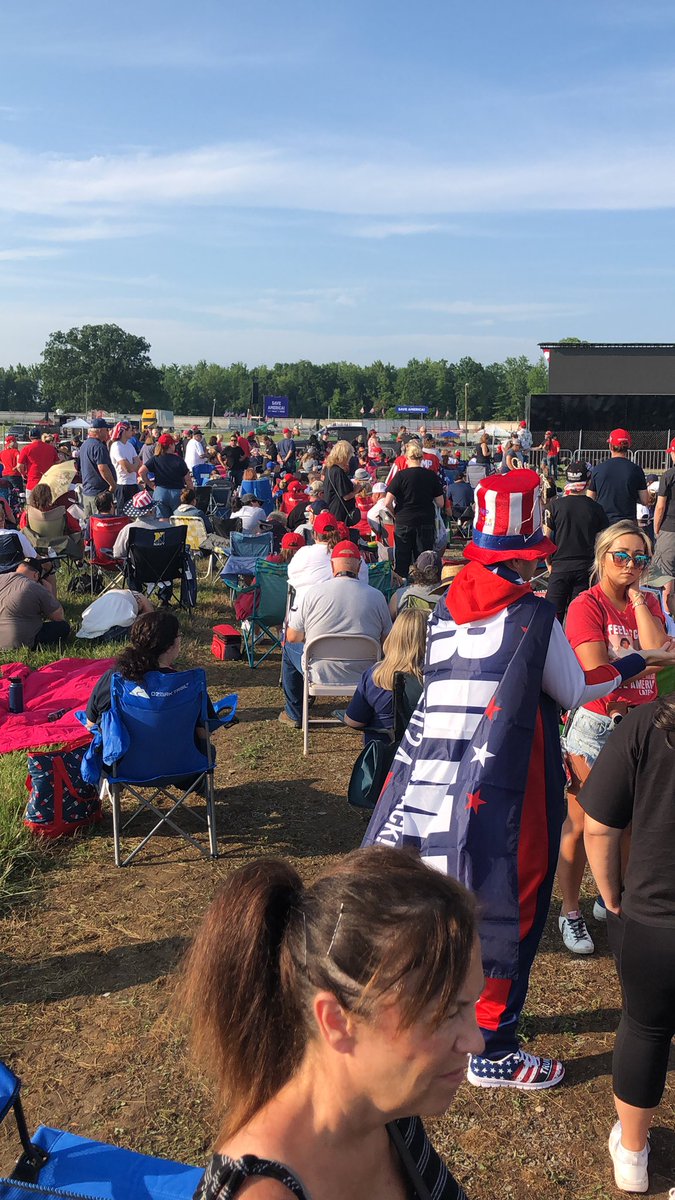 Trump is appearing in Ohio to throw his support behind former White House aide Max Miller, who has launched a primary challenge against Representative Anthony Gonzalez, one of the 10 GOP Congress members who voted to impeach Trump on a charge of inciting the January 6 unrest at the Capitol.

In addition to the rally, Trump will be fundraising for Miller on Saturday, with prices ranging from $1,000 for reception and priority seating at the rally, to $15,000 for a photo with the former president and VIP seating, according to The Blade.

Secret Service says it doesn’t have Hunter Biden emails from some years, his laptop says otherwise