The president of Mexico is intending to make a “proposal” on the subject of social media censorship, with the head of state criticizing what he said was overreach on the part of tech companies in the wake of cross-platform bans on U.S. President Donald Trump. 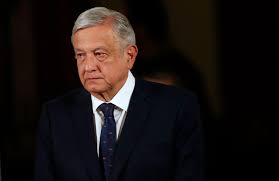 In a daily briefing [last week], President Andrés Manuel López Obrador vowed that “at the [next] G-20 meeting we have, I am going to make a proposal on this issue.” (picture credit MARCO UGARTE / AP)

“Yes, social media should not be used to incite violence and all that, but this cannot be used as a pretext to suspend freedom of expression,” Obrador said, adding: “How can a company act as if it was all powerful, omnipotent, as a sort of Spanish Inquisition on what is expressed?”

[And, what is being said around the Water Cooler?]

Obador is not the first world leader to speak out against social media’s recent censorship decisions. Polish Prime Minister Mateusz Morawiecki said earlier [this] week that “algorithms or the owners of corporate giants should not decide which views are right and which are not.”

Referring to social media bans on President Trump, meanwhile, a spokeswoman for German Chancellor Angela Merkel [.] said the chancellor “sees the complete closing down of the account of an elected president as problematic.”

Parler said Amazon shut it down to prevent Trump from joining