After Elon Musk’s early-Monday massacre of MSNBC‘s “Republicans are Nazis” narrative, the richest man in the world batted away a David Brock-esque bot who had a ‘gotcha’ queued up that included quotes from Nina Jankowicz – the head of the Biden administration’s new ‘ministry of truth.’

Musk was initially responding to a thread by Glenn Greenwald calling out journalist Molly Jong-Fast for being a raging hypocrite.

Rich white woman @MollyJongFast – who won the birth lottery by being born to rich famous white parents who raised her in Manhattan, sent her to private schools, and thus herself bought an Upper East Side co-op for $5 million in 2007 at the age of 29 – rants about “rich white men” https://t.co/gydaiG4T2o

Here’s your oppressed, marginalized journalist who really understands struggling and suffering at the hands of “rich white men”: https://observer.com/2007/12/sold-s… 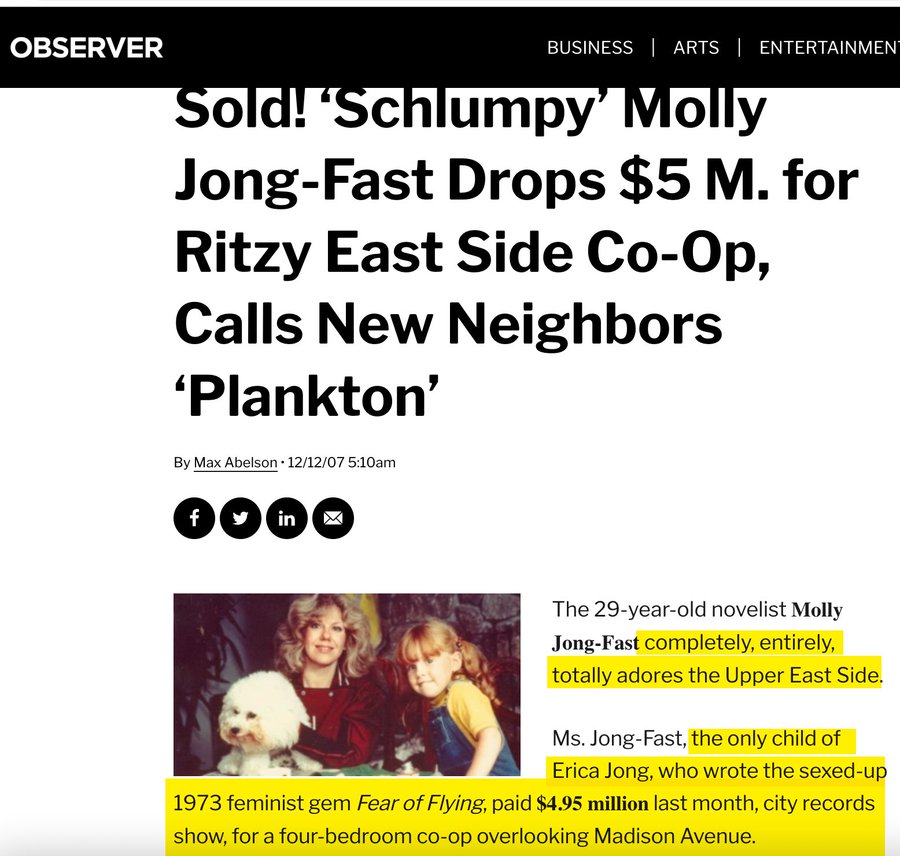 Are you not entertained?

Elon Musk slammed NBC News over their “Republicans are Nazis” narrative, adding that NBC is was the “Same org that covered up the Hunter Biden laptop story, had Harvey Weinstein story early & killed it & built Matt Lauer his rape office.”

The diss came after the network’s Mehdi Hassan said that the “neo-Nazi faction” of the GOP would regret championing a “petulant & not-so-bright billionaire,” referring to Musk.

NBC News is also the rag who let a no-name journalist team up with a partisan UK think tank to smear ZeroHedge with a lie-filled hit piece that was stealth-edited after publication. After the network was called out for attacking a rival news organization, said journalist went to work for Qatari-owned Al Jazeera.

Meanwhile, the network issued a note on Monday indicating that one of their journalists had committed 11 instances of plagiarism over the last year. No word on the fate of the jouno, or who it is.

No wonder networks are panicking over who controls the flow of information.

As I was saying … pic.twitter.com/tsGz6fCWuW

BIDEN BLEW UP OIL PRICES BY CANCELLING DRILLING IN U.S. — NOW HE CALLS ON OPEC