The premature results appeared on NBC affiliate WRCB in Chattanooga, Tennessee, but were stored on the servers of a widely used news content management platform. 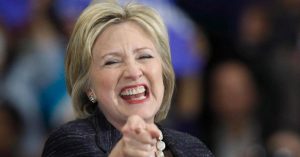 A NBC affiliate in Chattanooga, Tennessee inadvertently published what appears to be election night results. The results are published in the typical format used by mainstream news networks and display Presidential and Congressional results, the popular vote count, electoral votes, and percentage of precincts reporting in. The page was taken down soon after, but is available via the internet archive. The results of the Presidential contest name Hillary Clinton the winner with 41.7 million votes or 42% of the total. Trump, on the other hand, received 40.1 million votes or 40%. The results also gave Gary Johnson 8% while Jill Stein received 5%.

However, the posted premature results were not exclusive to NBC nor its Tennessee affiliate. The page was pulled directly from the content management platform, WorldNow.com, which is used by major networks including NBC, CBS, ABC, and Fox. These media companies use the platform, also known as Frankly, to power their news content. Many news affiliates display this on their webpage, including the NBC affiliate that posted the premature results, by showing “powered by Frankly” at the bottom of their pages. The results information can still be found on an FTP server at WorldNow.com. In addition, the leaked page showing national results, another page on the WorldNow.com FTP servers appear to show the Presidential election results state by state. These results show Clinton winning in states like Texas (42%-40%), Florida (44-40%), Pennsylvania (44-40%), and South Carolina (44-39%), all of which are “battleground” states as well as must-wins for Clinton.

Do these “results” definitively show the election is rigged? There’s no denying that the presence of these premature and obviously doctored results on the server of a top, new content management platform is downright suspicious. There’s no reason for these results to be there other than their planned illegal use on Election Day.

Would the well-documented collusion between the Clinton campaign and mainstream media go so far as to rig the election in such a way – by reporting doctored results prepared days in advance? The Clinton campaign has already set a precedent for such behavior. The night of the California primary, which promised a large turn-out for Bernie Sanders, the Associated Press published an image saying Clinton had “clinched” the Democratic nomination. The image was titled “secret win v2,” indicating that the image declaring Clinton the “winner” had been pre-planned and had undergone more than revision. However, in the week to come, we can only expect more evidence of shady dealings as this high stakes and high drama election finally comes to a close.

About the author: Whitney Webb 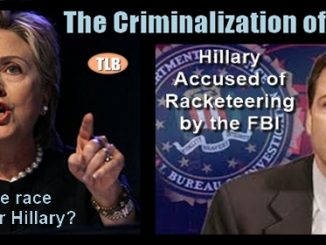 The Criminalization of Politics: Hillary Accused of Racketeering by the FBI, So Will She be Dumped from the Presidential Race?