In yet another stunning display of media bias, NBC now acknowledges that it had information that undermined the credibility of some of the women who accused then-Supreme Court nominee Brett Kavanaugh of sexual assault, but didn’t report it at the time.

On Thursday, Senate Judiciary Committee Chairman Chuck Grassley (R-IA) referred celebrity lawyer Michael Avenatti and his client Julie Swetnick to the Justice Department. Swetnick, in a sworn statement, accused Kavanaugh of drinking too much, acting aggressive toward women, spiking the punch at parties and orchestrating teenage gang-rapes. Her claims were ludicrous on their face, but the left-leaning media – eager to torpedo Kavanaugh’s nomination for fear he could be the deciding vote in overturning Roe v. Wade – ran with them anyway.

NBC was the worst offender. The network interviewed Swetnick even though it said up front it couldn’t verify her claims. This is Journalism Malpractice 101; you don’t put out possibly defamatory information you can’t verify. Of course, the media was totally okay with doing this if it meant keeping Kavanaugh off the Supreme Court. They didn’t care about the consequences to his family or his reputation.

NBC interviewed Swetnick on October 1. At the time, she backtracked on her key claims regarding Kavanaugh, and undermined her own story. Once her story crumbled, Avenatti released a second sworn statement from an unnamed woman, alleging almost identical claims as Swetnick. 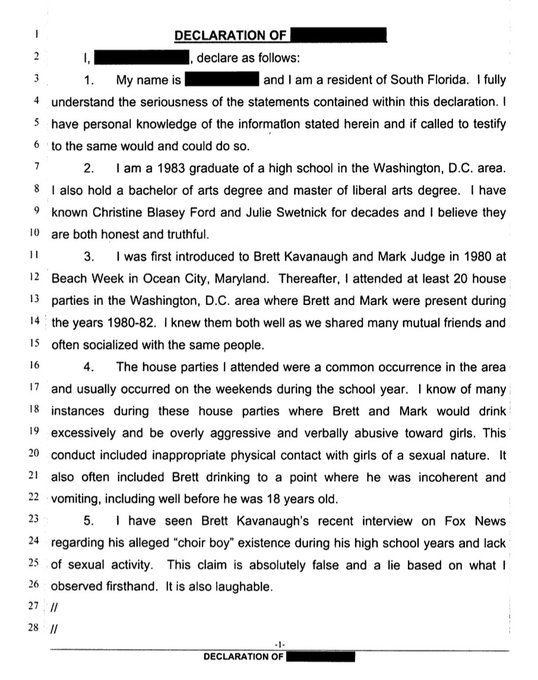 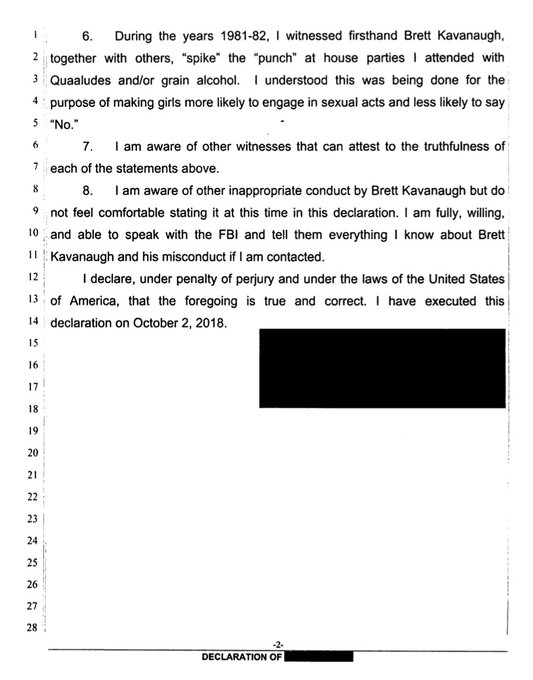 Yet another accuser has come forward (see sworn stmt below). She is prepared to meet with the FBI today and disclose multiple facts and witnesses.

That was on October 3, two days after Swetnick was interviewed by NBC, but three days before Kavanaugh would be confirmed.

(TLB) published this excerpt from The Daily Wire.

About the writer ASHE SCHOW

Ashe Schow is a reporter and columnist with bylines at the Federalist and the New York Observer. She also co-hosts a weekly podcast, The Snark Factor. She has previously worked for the Washington Examiner and the Heritage Foundation. She lives in Virginia with her two cats, Shadow and Charlie.

You can follow Ashe’s wacky adventures in politicking, cat-owning and video-gaming at @AsheSchow

“The Case For Russian Collusion – Against The Democrats”