Post by TYLER DURDEN | Written by Victoria Taft via PJMedia.com

California Governor Gavin Newsom has completely changed his response to COVID – again – this time leveraging opening the state for all Californians on the backs of low-income Latinos living in the areas with the highest rates of the illness.

In the name of “equity,” Newsom announced Thursday that 40% of all the state’s available vaccines will go to Latino communities in the Central Valley and in pockets of LA because Latinos have suffered the most death and illness from COVID.

And there’s a catch: Until the Latinos in these areas take the vaccine in higher numbers, California will stay locked down.

State Health and Human Services Director Dr. Mark Ghaly said once the shots are in the arms, the state can reopen.

“As we achieve higher levels of vaccine in the hardest hit communities, we feel more confident that more and more activities across the state can occur,” he said in a briefing Thursday.

Once 2 million vaccine doses are given out in those neighborhoods, the state will make it easier for counties to move through reopening tiers that dictate business and school reopenings. With 1.6 million shots administered, he said he expects to hit that target in the next week or two.

Once the state gives out 4 million doses in those neighborhoods, state officials will revise the metrics for reopening sooner.

The new plan swaps out the current color-based tier plan with a person-of-color-based plan.

The Associated Press reported that the governor said getting the vaccines into the arms of Latinos is a “race against exhaustion,” whatever that means.

“It is a race against the variants. It’s a race against exhaustion. It’s a race to safely, thoughtfully open our economy, mindful that it has to be an economy that doesn’t leave people behind, that is truly inclusive,” Newsom, a Democrat, said at a news conference. He also encouraged people to wear two masks. 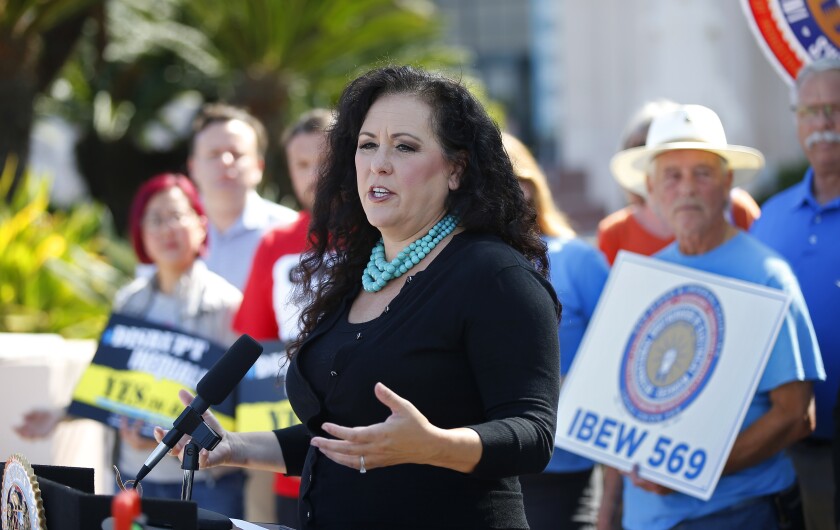 State lawmaker Lorena Gonzalez, (Pictured above) the woman who’s responsible for AB 5, which largely killed the freelance worker economy in California on behalf of her union pals, wondered how the change in the plan would affect the governor’s previously announced plan to get teachers in the classroom.

The changes announced Wednesday are “kind of not fair” to those who negotiated the deal, Assemblywoman Lorena Gonzalez said.

“If we are going to change the tiers and suddenly everyone is in red tier, that changes the classes that have to be open, the number of classes and the testing cadences,” the San Diego Democrat said Thursday just before the Legislature voted on the bill.

“So, if you get calls from your teachers union a little upset, they have the right to be upset. You don’t negotiate a deal and change the parameters of that deal on the day we are voting on it.”

The Sacramento Bee reports that the executive director of the California Teachers Association, Joe Boyd, is a bit whipsawed at how confusing Newsom’s COVID response has been.

He said the governor’s change to the definition of the red tier makes things more complicated.

“We’ve changed the meaning of what it means to be in a tier now three times,” he said Thursday, speaking on a panel with the Public Policy Institute of California. “At some point, we have to have some consistency of what to expect.”

The governor also announced that he was advising people to wear double masks.

This is after Newsom criticized Texas Governor Gregg Abbott for halting his mask mandate, making it voluntary. He called Abbott reckless.

Of course, Newsom has broken his own coronavirus rules very publicly at least twice, at one point putting a Fresno Mexican restaurant in danger of being closed down because Newsom visited inside, against county COVID rules. The other example was Newsom’s double-standard dinner at the French Laundry (Pictured below) with people from all different families, nearly all of whom were lobbyists. 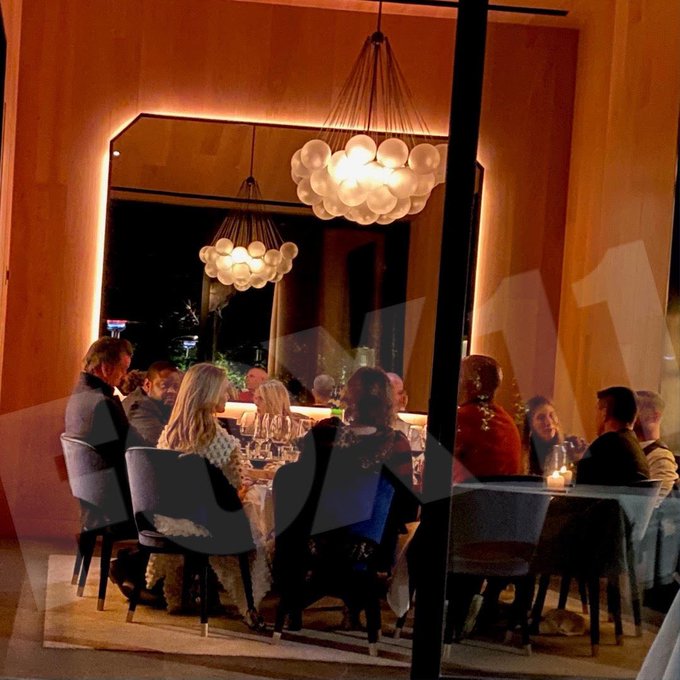 ABC News 7 reported that Newsom was going all-in with giving out vaccines based on equity, which is to say, “color.”

Gov. Gavin Newsom has called equity the state’s “North Star.” Yet community health clinics focused on serving low-income and vulnerable Californians say they haven’t been getting enough doses. Ghaly said Thursday that Newsom’s administration will work with communities to make sure the vaccine actually ends up in the arms of those patients, not to day-trippers from wealthier ZIP codes who have the time and tech savvy to schedule appointments online.

The Sacramento Bee reported that “tying reopening to vaccination equity metrics was cheered by representatives of the legislative Black and Latino caucuses, as well as social justice and equity groups. Latinos make up roughly half of cases and deaths in California even though they are 39% of the population. […] Data show that of shots given, only about 17% were administered in vulnerable communities that have been disproportionately affected by the pandemic.”

Holding the rest of the state hostage to the vaccination rate of Latinos in certain zip codes seems an odd way of approaching the issue. The governor is apparently hoping that others will pressure Latino citizens to take a vaccine they may or may not want. If you like mask-shamers, just wait until vaccine-shaming becomes a cottage industry in the Golden State.

This plan may meet Newsom’s definition of “equity,” but certainly won’t enhance community between Californians.

(TLB) published this article as Posted by TYLER DURDEN | Written by Victoria Taft via PJMedia.com

Blockbuster Report: How Biden Family Was Compromised By China