While Clinton was fielding questions from NBC’s Matt Lauer and the public Wednesday night on live television, a quiet buzz started circulating in New York law enforcement circles about Hillary’s left ear. NYPD sources involved with the NBC forum’s security detail confirm Clinton was wearing an ‘inductive earpiece,” the same technology employed by almost all lead Broadway actors to receive forgotten lines and stealth off-stage cues from directors. The flesh-colored earbud is easily concealed. There are no wires running directly to the ear like you see with the units employed by Secret Service protection detail personnel.

The skin-tone piece Clinton was wearing [picture below], however, was somewhat different from the standard issued stealth earpiece and is much different in appearance from a hearing aid. This unit is considered a “micro” earbud which contains all the technology but is a fraction of the size with a very high price tag. In fact, most of the units this size, approximately 3mm or comparable to a small pearl stud earring, are normally issued to law enforcement or corporate security teams, sources said. At a size that small, the earbud is designed to sit inside the opening of the ear canal, almost invisible to anyone. However, the unit does move and shift along with its wearer and at times can slightly pop out of the canal and require a quick readjustment, experts said.

Ironically, the revelation that Clinton was wearing such a unit might have only been recognized because of astute NYPD officers attached to her security detail who are accustomed to seeing the stealth apparatus at stage shows, conventions and security personnel of VIPs and international dignitaries at the United nations and elsewhere in the five boroughs. Likewise, NYPD detectives employ a parallel technology to communicate during undercover Ops.

Based on experts familiar with the technology, the stealth earpiece operates on a bandwidth from 300 Hz to 4KHz. Many such units are powered by SONY. The range of the unit can be unlimited depending on how the back end is set up. Technically, you could receive cues from 100 feet away or from someone sitting in Washington D.C. while you sat in New York City, experts said. The set up and range is flexible based on need and use. The unit does not require Bluetooth to operate via short distances but long range operations would require Bluetooth, which is easily configured.

Wikileaks may have unwittingly foreshadowed this Bombshell story years ago. Tucked away in its Clinton’s email archive is an otherwise obscure 2009 email from aide Huma Abedin asking Clinton if she remembered to her earpiece. This beckons the question: Did Hillary use her secret earpiece to be coached and guided through her testimony at Congressional hearings on Benghazi, her missing emails and beyond? Alarming to say the least. 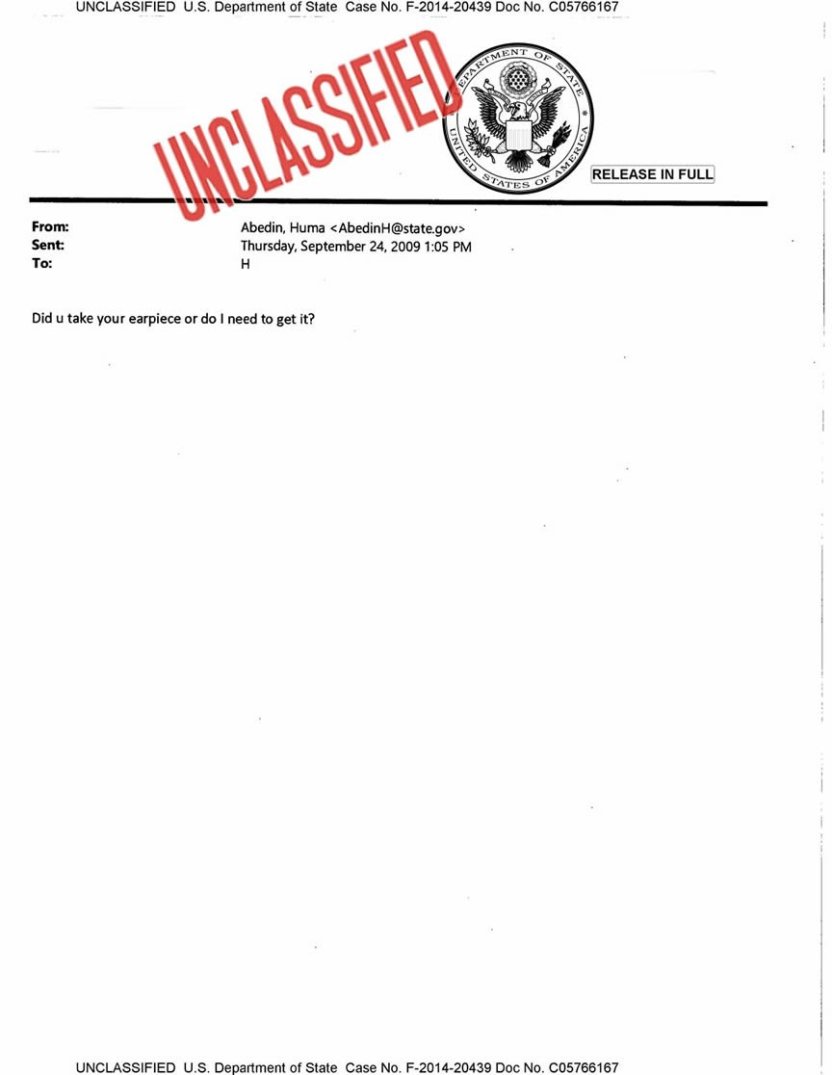 Still all just a “conspiracy?”

Story is Developing. We Will update it more as we receive additional details.

TLB finds other articles of interest at True Pundit.com

Find out about our great (WOW) TLB Project Membership package and benefits, add your voice & change the world!

Forced Censorship & Your Rights Be Damned: Tyranny Grows In America

The Rise of Internet 2.0