‘Absolute Travesty:’ The Russia probe ‘should never happen to any president or any American citizen’ ever again, former Trump aide says.

In his first lengthy public interview since pleading guilty to federal charges in Robert Mueller’s now-discredited Trump-Russia collusion probe, Rick Gates slammed that investigation in blunt and unequivocal terms, calling it “an absolute travesty of justice” that “should never happen to any president or any American citizen” ever again.

Gates, who served in President Trump’s 2016 campaign and later plead guilty to conspiracy and false statement charges related to his work in Ukraine, said in an interview on the latest episode of the John Solomon Reports podcast that his experience taught him “the way our justice system can be weaponized against so many different people.” (Gates/CNBC screen shot)

The former political consultant stated bluntly that the tactics used by the Mueller investigation indicated that “there was no question that they were trying to get to the president.”

Gates suggested the investigation itself was largely political, an affair in which Mueller was reportedly little more than a figurehead. 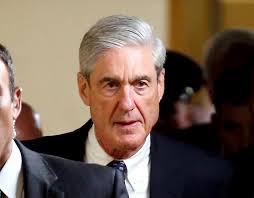 “Robert Mueller was literally nonexistent during my almost 1,000 hours of cooperation with his office,” Gates told John Solomon. “And it wasn’t just that he was nonexistent in his physical presence … He was rarely mentioned in any of the interviews. There was no discussion of needing, you know, to talk to Bob Mueller, or anything by the prosecutors.” (Mueller/credit/REUTERS/Joshua Roberts)

Instead, Gates said, the investigation seemed to be run largely by Andrew Weissmann. A former FBI general counsel and former chief of the criminal fraud division at the Justice Department, Weissmann joined Mueller, his old boss at the FBI, as his key lieutenant in the special counsel investigation.

Weissmann, it became known last month, was among the numerous agents whose phones were allegedly accidentally wiped before being surrendered to the DOJ inspector general’s office. Gates in his interview referred to the investigator as “partisan.” (Weissmann/picture credit/News Break.com)

Gates, who was sentenced to 45 days in prison on charges of lying to the FBI — offenses that were ultimately unrelated to the now-debunked Trump-Russia conspiracy theory — urged listeners to refrain from simply “mov[ing] on” from the controversy and scandal surrounding the Mueller investigation.

“[We could] actually stop and think what all this has done, not just to our country, but how our adversaries have used our own device in this against us,” he said.

“This is not just, you know, one or two bad apples, inside the DOJ or the FBI,” he stressed. “It is clear that it is a group of people that felt the president should not be president, and they had a better sense of how the country needed to be led, than the over 60 million people that duly elected Donald Trump president.”

He further argued against anger and hatred as a response to the affair. “Hatred corrodes the container that carries it,” Gates added, quoting former Wyoming Republican Sen. Alan Simpson.

“I really do think that we have an opportunity here to learn,” he said, “if we allow ourselves to do that.”

In A New York Minute

Can Mans Best Friend Sniff Out Up To 97 Percent Of Cancer In Humans?