In sworn statement, prominent mathematician flags up to 100,000 Pennsylvania ballots

By Daniel Payne and John Solomon

In a sworn declaration, a respected mathematician says his analysis of election data and phone interviews with Pennsylvania voters raises questions about as many as 100,000 absentee ballots requested in the key battleground state where President Trump and Joe Biden are separated by just about 82,000 votes. 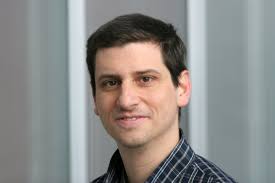 Williams College Professor Steven Miller (Pictured here), a Yale and Princeton trained math expert, said he analyzed Pennsylvania ballot data collected by former Trump campaign data chief Matt Braynard as well as 2,684 voter interviews conducted by a phone bank and found two concerning patterns. One involved possible votes that were not counted, the other ballots that appeared to be requested by someone other than a registered voter.

“I estimate that the number of ballots that were either requested by someone other than the registered Republican or requested and returned but not counted range from 89,397 to 98,801,” Miller said in the sworn statement provided to Just the News.

According to Pennsylvania state data for early and absentee ballot requests, there are roughly 165,000 ballots requested in the names of registered GOP voters that had not been counted as of Nov. 16.

“This data, which is provided by an expert witness, who would be qualified in almost any court in the country, adds to the conclusions that some level of voter fraud took place in this year’s election,” Trainor said.

“Therefore, the rush to certify results that are this suspicious from places with known election violations would nullify millions of votes that were legally cast by individual voters.”

The Pennsylvania Department of State’s office did not immediately respond to a request for comment on Thursday evening.

Matt Braynard, the director of the Voter Integrity Project, which conducted the survey, said Miller’s conclusions are “indicative of a kind of problem that we’re seeing not just in Pennsylvania but in many of the other states that are determining the outcome of this election.”

“We’re sharing our data for the other states so that Professor Miller can conduct a similar analysis on them,” he told Just the News on Thursday. “I look forward to seeing the results.”

Miller’s analysis comes after numerous Pennsylvania voters have described what appear to be widespread irregularities in the voting process there.

Voters in that state described to Just the News receiving absentee ballots in spite of having not requested them; when they showed up at their polling place, they were required to vote with provisional ballots.

In some cases, mail-in ballots that went unmailed were still listed as “pending” on the state’s ballot tracking website as of this week.

A record number of Americans voted by mail in the 2020 election, driven by concerns that crowded polling places could become superspreader events for COVID-19.

Major get-out-the-vote campaigns sought to familiarize voters with the mail-in process for both the primary and general elections, though numerous issues were reported over the course of the year, including multiple absentee ballots mailed to individual voters, ballots being mailed to dead voters, and votes appearing to go uncounted well after Election Day.