Chief among them is Julian Assange, who for a half-decade has been forced to live in the tiny Ecuadorian embassy in London, where he has claimed political asylum since 2011. Assange claimed that he would 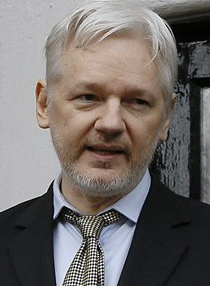 be extradited to the U.S. to face charges over his work at WikiLeaks if he left the embassy, and was routinely mocked as paranoid for doing so.

This week, we learned that Assange was right and his critics were wrong. Thanks to a clerical error by the U.S. attorney’s office in Alexandria, Virginia, reporters were able to confirm the existence of sealed criminal charges against the WikiLeaks founder.

Because the charges are sealed and the evidence is unknown, it’s impossible to say if the case has merit. But it likely relates to WikiLeaks’ release of unredacted diplomatic cables in 2011, which forced the U.S. to relocate several of its foreign sources.

Some allegations are more serious. While he was alive, neoconservative Senator John McCain maintained that leaks provided to WikiLeaks by Chelsea Manning, which included the diplomatic cables, caused U.S sources to be murdered.

Those who see Assange as a villain will end the story here. What is typically left out is that WikiLeaks originally released the diplomatic cables in piecemeal form, with names redacted to prevent loss of life and minimize harm.

It was only after a Guardian journalist’s error led to the full unredacted cables leaking to third parties on the web that WikiLeaks published them as well — and not before Assange attempted to warn the office of Hillary Clinton, then U.S. Secretary of State.

In other words, WikiLeaks behaved precisely as any responsible publisher handling sensitive material should, redacting information that could cause harm. The redactions only stopped when they became pointless. Assange is unlikely to have won more than a dozen journalism awards if he were completely reckless in his publications.

The Pentagon later admitted under oath that they could not find any instances of individuals being killed as a result of being named in Manning’s leaks to WikiLeaks, contradicting Sen. McCain’s allegations.

At worst, Assange and WikiLeaks can be accused of negligence, not deliberate recklessness, in the way it handled sensitive material. But as Breitbart Tech reporter Lucas Nolan points out, a far stronger case can be made against Hillary Clinton for the way she handled State Department emails — yet we see no criminal charges against her.

It’s hard to escape the conclusion that the only reason Assange is being targeted is that he tangled with the highest levels of the western establishment. In that, he is far from alone. 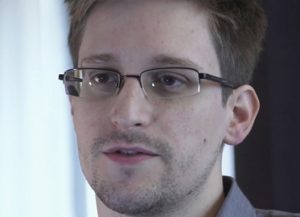 In the late 2000s to early 2010s, western governments targeted all manner of individuals associated with Assange and the NSA whistleblower Edward Snowden, including Laura Poitras, Glenn Greenwald’s partner David Miranda, and The Guardian newspaper.

This was the early growth period of the internet, when the web had become a truly popular medium but had yet to be censored by pliant social media corporations. It was a time of profound unease at the power of the internet to undermine authority, both through the dissemination of information as in the case of WikiLeaks and Snowden, and in the new mobilization of political forces, as in the case of Occupy Wall Street and the SOPA/PIPA protests. Heavy-handed crackdowns against individuals and groups that were seen, rightly or wrongly, as symbols of the web’s early anarchic tendencies, like Kim Dotcom, Aaron Swartz, Anonymous, and LulzSec, were not uncommon.

These days, however, a new class of western dissident has emerged — the populist dissident.

Who would have thought that the highest court in Europe, home of the enlightenment, would uphold a case in which a woman was prosecuted for blasphemy against Islam?

Who would have thought that Britain, the birthplace of liberalism and the free press, would ban an independent journalist from its shores for satirizing the same religion?

Who would have thought that Germany, whose living memory of the totalitarian Stasi is just three decades old, would put its largest opposition party under surveillance?

Just a few years ago, all three would sound far-fetched. But cases like these have become common as elites in virtually every western country mount a panicked attempt to contain the rise of populism (the goal, in the words of a Google executive, is to render it a “hiccup” in history’s march towards progress). 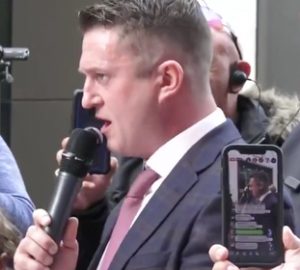 Look at the case of Tommy Robinson (pictured), the British critic of Islam who was dragged through Britain’s courts on fuzzy contempt-of-court charges. Sentenced to an astonishing thirteen-month imprisonment, Robinson was eventually freed after a successful appeal and now awaits a final trial before Britain’s Attorney General. Shaky charges that have been successfully appealed were exploited to persecute a British citizen who was inconvenient to the establishment. And there’s still a further trial to come.

Then again, Britain is a country that routinely bans foreign politicians and media figures from the country for being too right-wing. Michael Savage, Geert Wilders, Lauren Southern, Pamela Geller, and Robert Spencer all enjoy this dubious distinction. Theresa May, who was responsible for internal affairs and immigration when Spencer and Geller were banned, is now the Prime Minister.

But it’s not just Britain. Not only has Trump’s White House, supposedly an ally of populists, failed to publicly intervene on behalf of the American citizens banned from the U.K. for expressing populist viewpoints, but it hasn’t even investigated allegations that far-left Antifa activists were able to stop conservative Rebel Media personality Jack Buckby from entering the country by spreading false criminal allegations.

Julian Assange, a left-libertarian may share little ideological ground with right-wing critics of Islam. But they all share at least one thing: persecution by western states coupled with anti-establishment political speech or activities. They are also targets of the security establishment — Assange because of leaks that have exposed their secrets, and the populists because they refuse to censor themselves to avoid angering Muslims. (The UK justified its attempted ban of Geert Wilders by arguing that his presence in the country could lead to “inter-faith violence.”)

We also see attacks on free speech, with governments and politicians across the west pressuring Silicon Valley to suppress its critics. An unaccountable, unelected elite can sweep away a person’s livelihood in minutes, and cut their political message off from millions of American citizens. As I wrote in my column two weeks ago, the overarching trend is the gradual destruction or delegitimization of every tool, digital or otherwise, that non-elites use to express their preferences. Does that sound like a free society, or a controlled one?

You don’t have to agree with any of the individuals or groups listed above to see that surveilling political parties, blocking journalists from entering countries, jailing critics of religion, upholding blasphemy laws and censoring the net is the behavior of authoritarian nations, not liberal democracies. Yet this is the disturbing pattern we now see in the west.

Worse, foreign authoritarian regimes now provide safe harbor for western dissidents, in the same way that the west does for foreign dissidents. Edward Snowden, accused of violating the U.S. Espionage Act of 1917 for blowing the whistle on the NSA’s mass surveillance of Americans, has for years resided safely in Russia, a country that persecutes and even kills its own journalists. Before that, he sought refuge in Hong Kong, a “Special Administrative Region” of the People’s Republic of China, an even more terrifyingly totalitarian state.

Will there now be a quid pro quo, with Russia and other authoritarian regimes protecting our dissidents while the west protects theirs? Or will western countries remain true to their liberal traditions, and stop its alarming attempts to surveil, suppress, and persecute a growing number of its own citizens? On present trends, a dark and dystopian future seems to loom on the horizon.

ER recommends other articles by Breitbart

Allum Bokhari is the senior technology correspondent at Breitbart News. You can follow him on Twitter, Gab.ai and add him on Facebook. Email tips and suggestions to allumbokhari@protonmail.com.

Did Hillary Cheat During the Debate? [Video]