US President Donald Trump has commuted the ‘Russiagate’ sentence of Roger Stone, a political operative who briefly worked on his 2016 campaign, just as Stone was ordered to report to prison to serve time behind bars.
.

Judge Amy Berman Jackson sentenced Stone in February to 40 months in prison for obstruction of justice, another 18 months for witness tampering, and 12 months for making false statements to Congress – but the sentences are to run concurrently, so the maximum time Stone would have spent behind bars is three-and-a-half years. 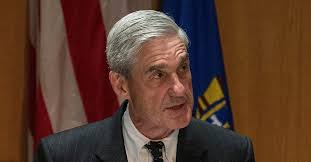 The charges stemmed from the investigation by Special Counsel Robert Mueller, who failed to find any evidence of the Trump campaign’s “collusion” with Russia in the 2016 presidential election, but managed to lock up several campaign aides on process crimes and unrelated charges.

“Roger Stone is a victim of the Russia Hoax that the Left and its allies in the media perpetuated for years in an attempt to undermine the Trump Presidency,” the White House press secretary said in a statement on Friday evening. 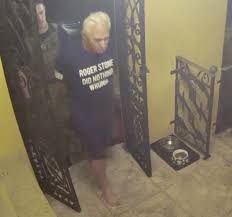 Mueller’s prosecutors not only charged Stone with process crimes arising “solely from their own improper investigation,” the White House added, but “took pains to make a public and shameful spectacle of his arrest,” tipping off CNN so it could film a pre-dawn raid on Stone’s house. 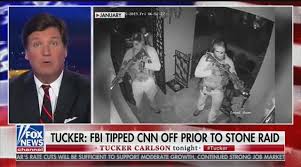 Commutation is not a pardon, which would have erased the conviction, and lets Stone continue the appeals process. Attorney General Bill Barr has said the conviction and sentence seemed appropriate to him.

Stone admitted he had promoted WikiLeaks revelations of emails obtained from Hillary Clinton campaign chair John Podesta’s private account, saying they were important to the election, but denied having any inside knowledge of the data dump or its contents.

Earlier this week, Facebook banned Stone’s account for “inauthentic behavior.” During the trial, Judge Jackson infamously issued a “gag order” that prevented Stone from defending himself in the media. She also denied his motion for a new trial on grounds of bias, after it emerged that the jury foreperson was a Democrat activist.

In an interview with Fox News this week, Stone said that either a pardon or a commutation would have the effect of saving his life, given that he would be exposed to the coronavirus in prison. The 67-year-old veteran political operative said he was “praying” for Trump to intervene but had asked his lawyers not to contact the White House.

General Flynn, Trump’s first national security adviser, was the first casualty of ‘Russiagate,’ forced to resign after less than two weeks on the job over media claims that he had lied to the FBI about his contacts with the Russian ambassador to Washington. He was later charged by Mueller with lying to the FBI, and despite overwhelming evidence of FBI and prosecutorial misconduct that has since emerged, his case remains open as the federal judge refuses to agree with the Justice Department motion to drop the charges.

Are The Social Media Giants Trying To Steal The 2018 Elections By Censoring Conservative Websites?