Sen. Johnson: Biden ‘most divisive president’ in his lifetime

Sen. Ron Johnson calls out President Biden’s divisiveness in his ‘soul of the nation’ speech where he called ‘MAGA’ republicans a threat to democracy.

Wisconsin Republican Sen. Ron Johnson called President Joe Biden the most divisive president in his lifetime after he delivered a fiery speech in Philadelphia on Thursday deriding his political opponents. 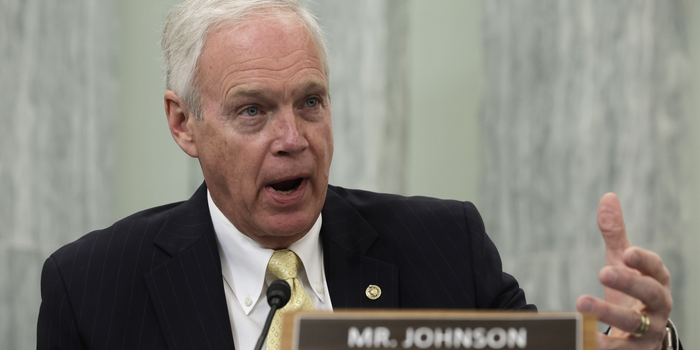 “I was on the platform when President Biden took his oath of office and gave his Inaugural Address,” the Wisconsin Republican said on “Just the News, Not Noise”. “Eight times during that address, he said his number one goal, not number two, not number three, but number one goal is to unify and heal the nation. He has done the exact opposite.“

President Biden delivered a “soul of the nation” speech on Thursday in which he called “MAGA Republicans” a threat to democracy. He also drew criticism for the presence of two marines standing behind him during his political remarks. Johnson called the address a “very dark speech.”

“Last week he called half of America semi-fascists,” Johnson said. “Now he’s basically calling half of America a threat to this democracy. So this is the most divisive president, certainly in my lifetime. And this nation is in a very dark place right now.”

Johnson was asked about certain Democrats distancing themselves from Biden due to his rhetoric.

“The fundamental transformation [of the Biden administration] is literally the fundamental destruction of this country,” Johnson stated. “And I wouldn’t want to be close to somebody who’s engineered that.”

“If you want to call out as fascist those who support America first policies, well, then I’m your Huckleberry,” Patel said on Friday’s edition of “Just the News, Not Noise.” “I don’t mind standing up for the American people.”

Patel said Americans rank last in the list of the president’s priorities.

“Joe Biden has always put last the mission and the service to the American people, because the only thing he cares about is a headline,” Patel stated.

You Vote: Did Biden’s speech go too far in attacking MAGA Republicans?

Biden clarifies speech: ‘I don’t consider any Trump supporter to be a threat to the country’

The Fed Is “Triple-Tightening” Into Crisis

Fauci, the Political Scientist, rolls on down the road [A Jon Rappoport Commentary]

The basics of a Staged Bioterror Attack