ER Editor: The issue of so-called refugees vacationing in their homelands – supposedly war zones in many cases – made the headlines back in September, 2016. And several reports (here, here and here) are from this time, including the Die Welt report discussed below. (In fact, the 3 reports just linked to are based on the Die Welt article, which itself was based on reports from Berlin labour agencies.)

A subsequent article from The Local, also from September 2016, enlisted ‘experts’ to debunk the basic story. The attempt to debunk is not impressive, however, resting largely as it does upon the claim that the phenomenon can only apply to smaller numbers of migrants. There has to have been some teeth to the original story since Merkel herself was prompted to react to it in August 2017: Angela Merkel tells asylum seekers not to take holidays in their country of origin. Her ineffective response was simply thus:

‘”Taking holidays in the country in which you are being persecuted is not on,” she said in an interview with Welt am Sonntag, adding that it could be a reason to re-examine an asylum case.

No, it’s ‘not on’ and, as Armstrong points out below, it begs the question of what a refugee is. Armstrong’s unnamed sources both in Germany and Switzerland confirm that this is still happening in 2018.

Can the EU elites be surprised that ordinary people feel they are being taken for a ride?

You really cannot make up a story like this because it sounds just so unbelievable. 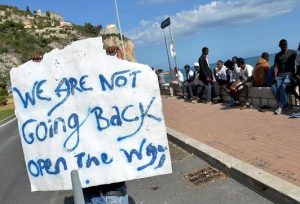 I am in Germany on business and did not see the place overrun with refugees as on my last trip. So I made some inquiries. To my complete astonishment, the German government is actually giving refugees three weeks paid vacation INCLUDING airfare BACK to the very countries that claim they are fleeing because it is unsafe.

So in other words, despite claiming their lives would be at risk if they were forced to return home, the government is paying them for a vacation to the very place they claim to be fleeing. You just cannot make up such a completely insane government policy. I know someone who works with the refugees and they confirm they are on vacation back home. Therefore, asylum seekers are nonetheless returning to their homeland for a “short time”. 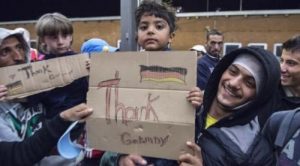 I searched to see if I could find any articles on the subject. I found how most are trying to cover the practice up. There were reports that a German Federal Employment Office spokesman said: “There are such cases.”

Some stories are trying to deny the issue, which was first reported by the leading German newspaper Die Welt am Sonntag, Refugees go on vacation, where they are allegedly persecuted which reinforces the growing problem caused by the fact refugees are allowed to leave the country for 21 days a year but are not obliged to say where they are going. Migrants are protected and are entitled to “privacy”.

My sources in Switzerland have confirmed the same problem – dozens of asylum seekers who had apparently turned up penniless after fleeing what they said was a war zone were found to have flown home on holiday.

Die Welt reported just how screwed up the government is. There is no communication between government agencies. If an advisor in the Employment Agency gets wind that someone wants to go to Syria, for example, Die Welt reported they are not supposed to pass this information along due to data protection issues.

There is no actual proof that a person is really persecuted in the home country. Syria was at least a war zone. People have been pouring in from all over North Africa, which is not in a state of war.

If someone is taking a vacation for 21 days at government expense back to the place they fled, common sense dictates they are not refugees. Government incompetence is just off the charts.

Migrant crime in Germany up by 50 per cent