The Insane Reaction U.S. Troops Had For Elon Musk During Visit

Compare it to when Biden visited

Video posted to social media shows cadets at the U.S. Air Force Academy in Colorado going nuts at the arrival of Tesla CEO and SpaceX founder Elon Musk, in stark contradiction to how troops reacted when the sitting president visited them.

Musk addressed the troops on Thursday as part of Academy’s Ira C. Eaker Lecture Series. He spoke about being an innovator and took questions.

#ICYMI – Elon Musk was at #youracademy yesterday.
The tech giant had a Q & A session with Lt. Gen. Clark and cadets and met with a small group of cadets to discuss their research projects and innovations.
More photos at https://t.co/VSS0uJ4snz pic.twitter.com/lekQWLBxlh

When Musk was introduced, the cadets went wild, standing and raising chairs above their heads:

Elon speaking to US Airforce. Listen to the excitement of the crowd, they are literally holding up chairs! 😂 @elonmusk pic.twitter.com/CaLxvM4iIA

The welcome Musk received came in the week that he made headlines for buying a significant stake in Twitter, following several posts suggesting he will attempt to restore free speech to the platform:

Woke Twitter figures released a statement in response to the development vowing to continue to censor and not to reverse any previous decisions to suspend prominent figures including President Trump.

While it appeared Musk had taken a place on the board of the company, it now seems that won’t be happening at all:

Elon has decided not to join our board. I sent a brief note to the company, sharing with you all here. pic.twitter.com/lfrXACavvk

Musk’s apparent reversal prompted rumours that he opted not to take a seat on the board because he plans to buy even more shares in an effort to gain outright control, something he wouldn’t have been legally able to do if he was a board member.

@elonmusk is no longer bound to this restriction on ownership. 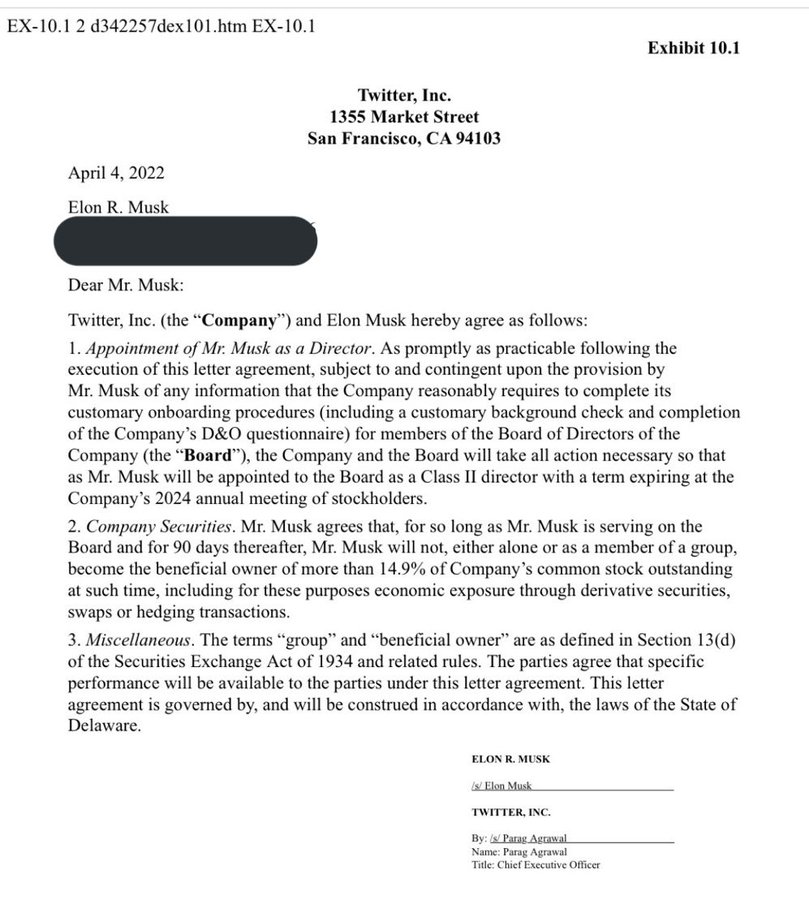 So far Musk has Musk floated the notion of transforming Twitter’s HQ into a “homeless shelter since no one shows up anyway,” due to a permanent work from home option.

Compare Musk’s reaction among troops to a recent visit by Joe Biden:

The Troops are AGHAST that this BAFOON is “the president”–⁦@JoeBiden⁩ “Digs In” to that PIZZA PIE like an ANIMAL before the Soldiers got any. In the military, the senior officer always eats LAST! (And have some MANNERS for cryin’ out loud) !! pic.twitter.com/TwySBmViTe

“Well, if you’re starting to eat, I’m gonna sit down and have something to eat.”

Remember when Biden called troops “stupid bastards” because they were completely unenthused to see him?

Biden also told a Coast Guard Academy that they were “really dull” for not being enthused by his speech:

See it for yourself ⬇️pic.twitter.com/0nG7qNZ1pA

Brand new merch now available! Get it at https://www.pjwshop.com/

In the age of mass Silicon Valley censorship It is crucial that we stay in touch. We need you to sign up for our free newsletter here. Support our sponsor – Turbo Force – a supercharged boost of clean energy without the comedown. Also, we urgently need your financial support here.

Voter ID racist, but Passport ID not a problem?