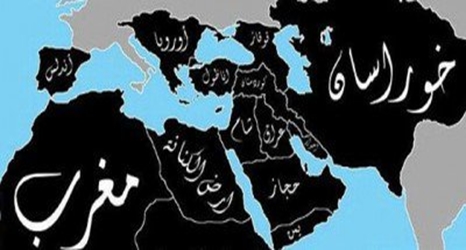 The US-led coalition now attempting to appear as though they are fighting ISIS knowingly aided the rise of the Islamic State for the purpose of isolating Assad and combating expanding Iranian influence.

At least as far back as August of 2012 the very same anti-IS coalition knew full well that the precursors to ISIS, al-Qaeda in Iraq (AQI) and Islamic State in Iraq (ISI), dominated the Syrian opposition along with other al-Qaeda affiliated groups.

They knew that AQI was declining during 2009-10, yet was resurrected due to the insurgency in Syria.  In spite of this, the US and her allies continued to provide aid, funding, weaponry, and training to these same extremist groups, specifically seeing their rise (and the horrendous crimes against humanity that they partook in) as a strategic asset for their geopolitical aims.

The rise of the Islamic State was not only predicted, it was the expressed aim of the powers sponsoring the sectarian Syrian opposition for the purpose of opposing Assad and containing Iran.  Despite the fact that the rise of an Islamic State was predicted to have dire consequences for Iraq, including the fall of Mosul and Ramadi, support from the US-coalition to the Syrian opposition continued to manifest, leading to the conclusion that this was either the expressed intent, or an accepted byproduct of these policy decisions.

A 7-page Defense Intelligence Agency (DIA) document dated to August of 2012, recently released under a Freedom Of Information Act, request specifically states that the Syrian opposition was by that time “taking a clear sectarian direction,” and that “the Salafist, the Muslim Brotherhood, and AQI are the major forces driving the insurgency in Syria.”

AQI, the precursor to the Islamic State, as well “supported the Syrian opposition from the beginning,” and had “a regression… during the years of 2009 and 2010; however, after the rise of the insurgency in Syria, the religious and tribal powers in the regions began to sympathize with the sectarian uprising.”  Despite these facts, it was “the West, Gulf countries, and Turkey [who] support[ed] the opposition,” while “Russia, China, and Iran support[ed] the regime.”

Furthermore, it was predicted by the DIA that “ISI (Islamic State in Iraq) could also declare an Islamic State through its union with other terrorist organization in Iraq and Syria” and that “there is a possibility of establishing a declared or undeclared Salafist principality in eastern Syria.”  This is exactly what transpired in the years after 2012 with the declaration of the Islamic State.  Yet not only was this a possibility, this was instead “exactly what the supporting powers to the opposition want, in order to isolate the Syrian regime, which is considered the strategic depth of the Shia expansion” with Iran and Iraq being labelled as integral parts of this expansion.  The supporting powers are said to be “the West, Gulf countries, and Turkey.”

The report goes on to state that “the future assumptions of the crisis” are that “the regime will survive” and that the current events are developing “into a proxy war” between Iran-Russia-China and the West, Gulf, and Turkey.  Further, the report accurately predicts the fall of Mosul and Ramadi, stating that

“the deterioration of the situation has dire consequences on the Iraqi situation… This creates the ideal atmosphere for AQI to return to its old pockets in Mosul and Ramadi, and will provide a renewed momentum under the presumption of unifying the jihad among Sunni Iraq and Syria, and the rest of the Sunnis in the Arab world against what it considers one enemy, the dissenters.”

This could as well “create grave danger in regards to unifying Iraq and the protection of its territory.”

This document was classified as “secret” and distributed to the Department of Homeland Security, the Department of State, the DIA, FBI, CIA, the Secretary of Defense, the Secretary of State, Central Command, and other agencies.  It is an Intelligence Information Report, not a “finally evaluated intelligence” assessment, yet its information was vetted before distribution.

Therefore the US-led coalition that is now “fighting” ISIS continually supported an opposition it knew to be dominated by sectarian extremists, lying to the public while describing them instead as “moderates,” and predictably knew that this support would result in the establishment of an “Islamic State” and further continued to aid in such an establishment in order to weaken and oppose Assad and combat Iranian expansion.  It is a tenant of law that the “doer of an act must be taken to have intended its natural and foreseeable consequences.”(1)  Therefore, even absent the documents own admission of complicity of intent given that the rise of ISIS was a “natural and foreseeable consequence” of continually aiding the sectarian opposition the US and her allies must therefore be taken to have intended this outcome.

Furthermore, the document specifically demarcating Iraq as a center for unwanted Iranian “Shia”expansion while accurately predicting the fall of both Mosul and Ramadi to Sunni extremists, thereby assuring against such an expansion, all lead to the conclusion that the recent ISIS gains in both of these cities was not something that the US opposed, but instead something that it desired.  Given that the fall of Mosul and Ramadi too were “natural and foreseeable consequences”, given as well the severely questionable ways in which each city fell and the fact that although these outcomes were predictable the US-coalition still continued the policies that were known to lead to them, the US and her allies must therefore be taken to have intended these outcomes as well, either directly or indirectly.

The fall of Mosul in June of 2014 it must be remembered was, as described by Noam Chomsky,

“pretty remarkable.  In fact, western military analysts were astonished.  Remember what happened, Iraq has an army, and the Iraqi army knows how to fight.  During the Iran-Iraq war that army fought hard and viciously, and in fact ultimately won the war, with US support.  There was an Iraqi army of 350,000 men, armed to the teeth with all kinds of advanced weapons.  They had been trained by the United States for over a decade.  They were faced by a couple of thousand lightly armed jihadi’s.  First thing that happened was all the generals ran away. Then all the troops ran away, leaving their weapons behind them.  And then the jihadi forces just marched into Mosul and then into large parts of Iraq.  It was a pretty amazing phenomenon, it tells you a lot if you think about it.”

Furthermore “the Iraqi security forces disintegrated and fled, the rout led by their commanding officers,” one Iraqi army soldier describing that

“on the morning of June 10 his commanding officer told the men to stop shooting, hand over their rifles to the insurgents, take off their uniforms, and get out of the city.”(2)

Mosul was simply given away to by a battle-hardened army of 350,000 men to a lightly armed brigade of roughly 1,300 Islamists(3), the commanding military officers specifically ordering their subordinates to leave their weapons for the jihadi’s and to flee.  Had this “remarkable” fall been desired by the US-coalition in order to “isolate” the “strategic depth of Shia expansion” in Iraq?  Or rather “Had the senior Iraqi commanders been instructed by their Western military advisers to hand over the city to the ISIS terrorists? Were they co-opted?” as Professor Michel Chossudovsky had asked when this occurred? Similarly, the more recent fall of Ramadi is equally as dubious.  The US-led coalition, which had promised to defend Iraq against the Islamic State, basically allowed Ramadi to fall, conducting only 7 airstrikes during the battle, which is such a low number as to be completely irrelevant.  The remarkably weak excuse was that a great sandstorm had prevented them from conducting regular attacks.  This despite the fact that the next day ISIS was holding victory parades among perfectly clear skies, the militants assembling in massive rows down the wide open street.With no “sandstorm” excuse, airstrikes could have easily wiped out entire factions of the extremists the US is supposedly fighting, yet none occurred.  Why?  Had this too been desired by the US-coalition in order to “isolate” the “strategic depth of Shia expansion” in Iraq?

This, however, is not the first time an Iraqi politician has accused the US-coalition of dropping weapons and aid to ISIS, this is instead a phenomenon that has been going on for some time now, in one incident two British planes were even shot down by the Iraqi’s under charges that they were dropping weapons to ISIS.  Photographic evidence was taken of the downed planes.  Iraqi parliamentarian Jome Divan stated that “The international coalition is only an excuse for protecting the ISIL and helping the terrorist group with equipment and weapons.  The coalition has not targeted ISIL’s main positions in Iraq.”  This being only one of a plethora of Iraqi politicians who have consistently been making these claims for some time now.

In any event the spillover to Iraq and the fall of Mosul and Ramadi were predictable consequences of the Wests’ Syria policy, and in some instances it appears as though the West aided in their fall, so at the very least they were an accepted consequence in the strategy against Syria and Iran, and at the worst they were an intended partition of Iraq.

Given this, and the fact that the US-coalition continuously aided the sectarian Syrian opposition knowing full well that this would then lead to an “Islamic State”, the consequence of which was the predictable fall of Mosul and Ramadi, coupled with the unbelievable manner in which both fell, it would be wise to consider the numerous Iraqi politicians claims very seriously, and to seriously question whether or not the fall of these cities really does have a more believable, albeit much more sinister, explanation behind them.

1.)   International Court of Justice, Advisory Opinion on the Legality of the Threat or Use of Nuclear Weapons (1996), “Dissenting Opinion of Judge Weeramantry,” Chapter III, “Humanitarian Law,” section 10, “Specific rules of the humanitarian laws,” (a) “The prohibition against causing unnecessary suffering” (emphasis in original).

Steven Chovanec is an independent geopolitical analyst and writer based in Chicago, IL.  He is a student of International Studies and Sociology at Roosevelt University and conducts independent, open-source research into geopolitics and social issues.  His writings can be found at undergroundreports.blogspot.com, find him on Twitter @stevechovanec. 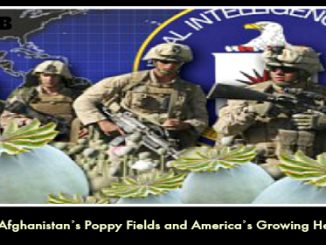 1 Comment on “The Islamic State” (ISIS) is Made in America: The Pentagon had Planned the Fall of Mosul and Ramadi in 2012