The Original “Green New Deal” & How it Started

October 12, 2007 is the Birth Date of ‘The Original’ Green New Deal… long before the likes of AOC … with the message being carried on a platform of Fear, headlined by none other than Al Gore and his elite handlers working through the United Nations to give it a “Global Stamp of Approval.” (TLB) 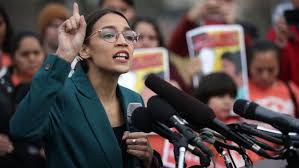 Let’s pick up the narrative from THIS DAY IN HISTORY

On October 12, 2007, former U.S. Vice President Al Gore and the United Nation’s Intergovernmental Panel on Climate Change are awarded the Nobel Peace Prize for their efforts to increase public knowledge about man-made climate change. In 2006, Gore had starred in the Academy Award-winning documentary An Inconvenient Truth, which was credited with raising international awareness about the global climate crisis.

More about Al Gore, and Global Warming, from The Liberty Beacon

An Agenda to Ambush and Destroy our way of Life; Patrick Bergy is a Victim of the Deep State

VIDEO: Students say they’re not proud to be American [Little Minds of Mush]