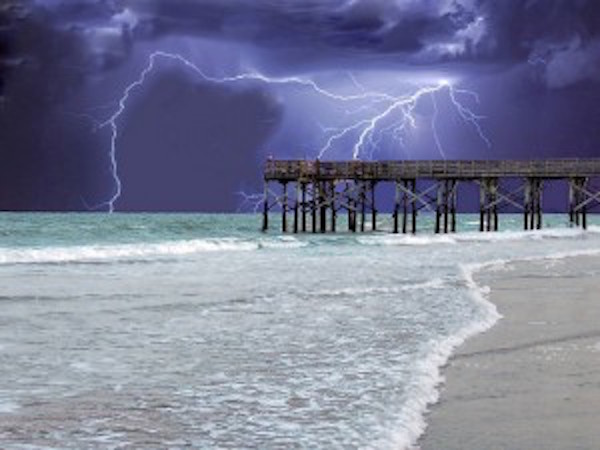 We’re being jerked around something fierce but most don’t even recognize it. The abrupt up and down news cycle changes are really doing a number on humanity. There’s this periodic deadness of spirit in the world at large coupled with this sugary news of fake social and political improvements, and then they slam us with another off the wall staged event.

The powers that be seem to regularly recoil for more madness to unleash while assuaging their docile populace. The on/off rhythm of this social programming is designed to callous, inoculate, dumb down and condition so it’s really no surprise if you’ve been watching with open eyes. They keep periodically both lulling us to sleep then hitting us with manufactured issues and weird events to keep us on our heels while we dance the defensive two-step to their music. Such perfidy.

It is upsetting. It can’t help but be.

The dearth of good news while false promises and doublespeak pervade during a blatant societal clampdown is enough to drive anyone to distraction. Which it does. Hence the emphasis on sports, fashion, entrancing Hollywand glitz and the like. What’s become the filler now, ironically enough, is global issues that are nothing but programmed diatribe to keep the war and police state narrative going. “Ho hum. Enemies everywhere, shut everything the hell down. We’re under attack blah blah. It’s all to insure our security and we’re safe here. Yay Amerika. Now pass the deep fried bullshit and shut up, the game’s on.”

The Lull During the Cull

This perceived lull is intuitive to the awake. We know much bigger events await us as they need massive triggers to push their agenda. I was thinking this morning about the upcoming Superbowl and the fact that it’s on the 33rd parallel and the Phoenix symbolism as I wrote about before in Phoenix False Flag Nuke on the Table?

Not a pleasant thought and I don’t like to put it out there as far as intention goes, but we need to be aware.

Whether it’s there or somewhere else, the PTBs have been rattling their sabres over an attack on American soil for years, and have been stepping it up vigorously since this engineered ISIS uprising. It’s the same old ploy, create the “enemy” then use what “they” do to justify whatever is on the agenda. Comatose Americans will fall for it as usual and the “world” will dutifully follow suit. Whatever the event or events, they always rattle political and societal bones far and wide to spark new clampdowns and stepped up draconian measures worldwide.

As if that isn’t dark enough, the poisoning of humanity continues. There’s enough aluminum and barium, glyphosate, GMOs, pharmaceuticals, EMFs and radiation (et al) being pumped out to stun just about any immune system and numb anyone’s brain. The reaction of the majority of such a stunted race will no doubt follow the programmed lead.

And that’s as beyond Huxley-Orwellian as you can get.

I’m clearly speaking to the informed, because we are not only aware of this madness, but are also not under their control, nor will we be. But this sits in the back of any awakened mind as things continue to deteriorate. These control mechanisms are aimed at the unknowing and unseeing, of whom there are way too many. Those that wake up, and there are more by the hour, gain control of their minds and lives. Those who don’t are blindly walking into a mass grave.

We cannot be ignorant of our current condition. It’s dire, any way you look at it. Whatever our understanding of this imposed madness, we seem destined to face serious immediate consequences and we need to be on our toes as we inform others of the reality encircling our species. Trying to identify the source of this control system is important but not essential to our survival. Dismantling whatever we can, mostly in the hearts of humanity, is our mission.

If my message has been anything it’s been to help people wake up and connect the dots, much like many others concerned for their fellow humans. It rends the heart to see such death and destruction rained down on our planet but this is our current reality and we can’t just bury our heads in the sand and attend the next celebration of life expo without this understanding firmly under our belts.

Yes, we can dance to the rhythm of the Universe and herald in the new dawn of consciousness, but we need to be awake and aware and not in denial or deliberately naive.

These hard realities sit before our eyes daily as they roll out their agenda. It’s not pretty and is more absurdly counter intuitive all the time, yet they play this card and seem to get away with it. After all, they control the media so that’s how it appears. But it’s not the case. More people are awakening by the day and are beginning to say “no more!” When individuals and their family’s lives are directly threatened things finally start to become clear and right action kicks into gear.

This is what they’re anticipating and why the militarized police build up is taking place. They know this is coming. After all, they designed this madness.

We Are Many, They Are Few

United action trumps all. When we coalesce into a cohesive force for a clear objective things begin to change, even if only energetically. That’s why words are so powerful. Aligning minds and spirits in a common understanding and goal is the most powerful weapon we have. Again, this is why they’re perpetrating the current stepped up clampdown on free speech, which has in typical Orwellian form been kicked off by the murder of those practicing free speech in the Paris set up.

Go figure. No, don’t. It doesn’t make any sense. That’s an essential part of their game.

That world leaders get a phone call to show up at this staged event in Paris is direct evidence of a dark cabal behind world affairs, but few would be able to recognize that. Who coordinated that? What pressures were brought to bear on these shills? Anyway, the world isn’t looking at why, they just react to what they are shown and told. A very, very sad state of affairs for humanity.

The good news is we are alive, very alive, and that drives them crazy. The elite mindset is that we are less than insects, a population of workers that don’t deserve to live except to bring them breakfast in the morning and clean their mansions. Sci-fi has made this clear for decades yet no one pays any attention. The above board eugenics movement in the first part of the last century was shut down because of its arrogant anti-human thrust, but they just went underground. They’ve been leaking out from their overflowing sewer covers ever since.

That’s what we’re up against. An anti-human force that seeks to not only rule, but transform our race and very planet.

It’s time to stand up and tell it like it is. You may be ridiculed, but there are those that will hear you. Maybe not now, but the time will soon come when the truth will sink in.

Perhaps it won’t be too late for this world after all.

I do know once you’ve woken up the peace, love and truth flood in to where we know all is well where it really matters. But the responsibility to care for our fellow human beings is a big part of the territory, so it’s time to act on it.

You’ll know who is who by that trademark. Look for the sincere, sacrificial love. It’s what the family of humankind is all about.

Let’s do our part.

The Inquisitorial Roots of the Insane War on Natural Medicine

Car Terrorist in Britain Was A Sudanese Muslim Immigrant