US President Donald Trump is poised to announce the pullout of more American troops from Iraq on Wednesday, and from Afghanistan in the coming days, a US official reportedly told the media aboard Air Force One. 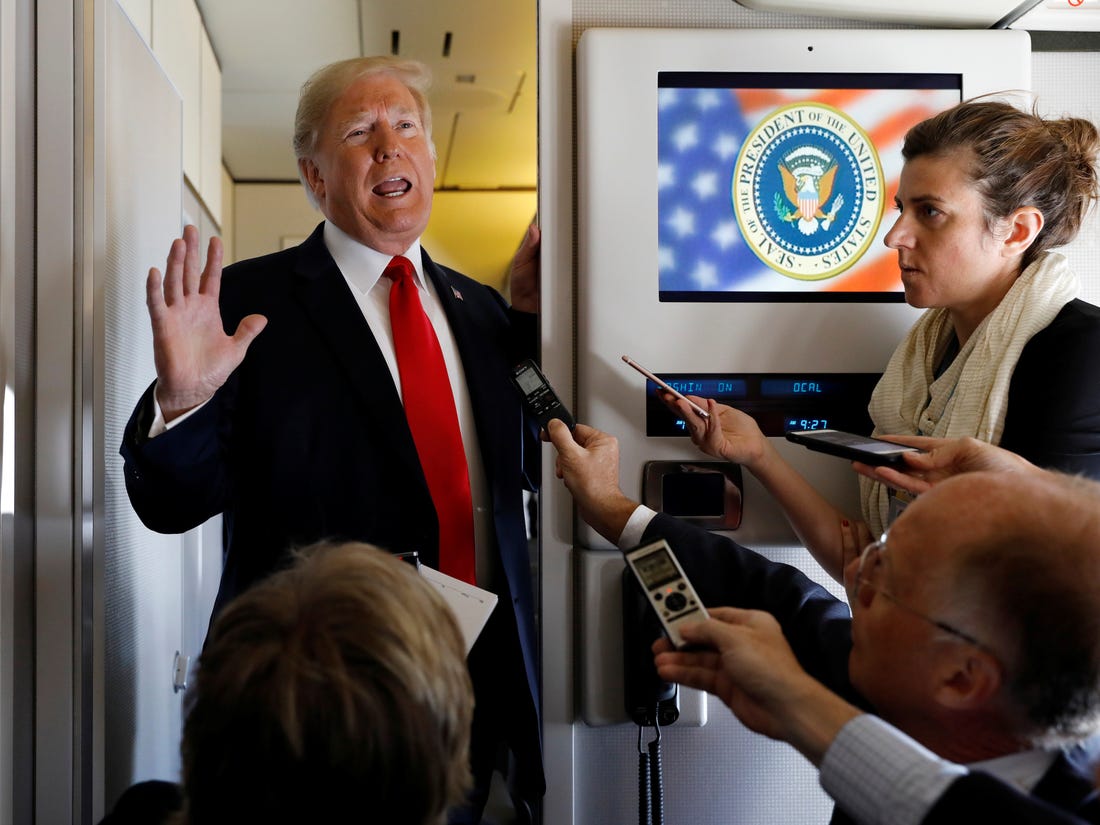 Trump speaks to reporters aboard Air Force One. Kevin Lamarque/Reuters

Senior administration official tells reporters on Air Force One to expect an announcement tomorrow on further US troop withdrawals from #Iraq and another announcement in the coming days about #Afghanistan.

The report comes amid Trump’s row with Pentagon top brass, who he accused of doing the bidding of the military-industrial complex. In a widely-publicized remark on Monday, Trump said that the top people in the Pentagon might not be “in love” with him “because they want to do nothing but fight wars.”

The expected drawdown is in line with Trump’s previous pledge to reduce the number of troops in both war-torn countries. Last month, US Defense Secretary Mark Esper revealed that the number of US troops stationed in Afghanistan would be slashed to less than 5,000 in the coming months.

Trump has said he wants to cap the US contingent on the ground in Afghanistan to no more than 4,000 troops.

“We’re going down to 4,000, we’re negotiating right now… I don’t want to tell you (when). But I’ve always said we will get largely out,” Trump said last month, noting that he expects between 4,000 and 5,000 troops to be in Afghanistan by Election Day.

The framework for the gradual pullout was set forth in a deal with Taliban, signed on February 29.

The US has also been scaling down its presence in Iraq, but, as with Afghanistan, it does not plan to leave the country completely. After Washington and Baghdad fell out over the US’ killing of top Iranian General Qassem Soleimani in January, Washington ignored calls to withdraw, insisting that its presence in the country was “appropriate.”

Last month, Gen. Kenneth F. McKenzie Jr., the head of the Pentagon’s Central Command, said the US expects to keep “a long-term presence” in Iraq, purportedly to fight the remnants of Islamic State (IS, formerly ISIS) and to prevent Iran from gaining a foothold in the country.

The Wrongness of US Police Training by Israeli Companies

Americans have seen this Obama-Biden team before and chose Trump… They’ll do it again!!