In a victory for organic consumers, a federal judge has tossed out a rule change by the U.S. Department of Agriculture (USDA) that permitted the use of compost containing synthetic pesticides in growing organic foods. 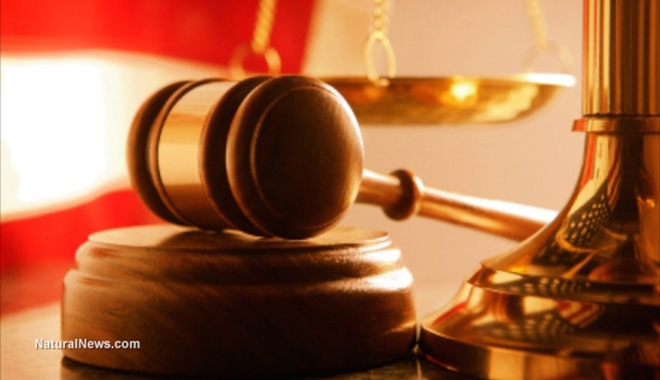 “The court’s decision upholds the integrity of the organic standard and is an incredible victory for organic consumers, organic farmers and the environment,” said George Kimbrell, a lawyer for the plaintiffs. “On the flipside, the decision is a resounding defeat of industrial food actors trying to sell out organic integrity to pad their own pocketbooks.”

The nonprofits, Beyond Pesticides, Center for Food Safety, and Center for Environmental Health, had sued the USDA, claiming that the agency violated the law by implementing the change by means of a “guidance,” and without any public input or participation.

“We applaud the Court’s decision to protect the integrity of the organic program,” said Caroline Cox, research director of the Center for Environmental Health. “We will continue to watchdog the USDA to ensure that the program meets consumers’ expectations for meaningful organic standards.”

Before the USDA’s quiet rule change, the federal organic standard prohibited the use of any compost containing any substance not allowed in organic farming, which included synthetic pesticides and fertilizers. This rule had never been challenged by the composting and waste management industry, until California organic regulators banned several composts from organic use, after finding them to be contaminated with pesticides. The National Organics Program supported this action.

The waste management industry hit back, with the predictable support of the pesticide industry and the more surprising support of the Organic Trade Association, a trade group for large-scale organic producers. The industry asked the USDA to change the rule, and the USDA did so, by issuing a “guidance” on how to interpret the existing organics rules. By doing this, the USDA avoided having to initiate a publicly accountable process on a rule change.

The organic watchdog groups sued, alleging that the “guidance” was actually a rule change and, under federal law, required a public process. The waste management industry and its allies asked the court to dismiss the case, but the court refused.

The industry groups then asked the court to leave the rule in place, even if it was found to have been passed illegally!

The fight is not over!

However, the judge declined to play along. The court ruled that the USDA had in fact violated the law in implementing a rule change via “guidance” without public participation. And it ordered the new rule struck down.

“The court decision upholds an organic industry that has been built on a foundation of consumer and farmer investment in ecologically sound practices, principles and values to protect health and the environment,” said Jay Feldman, executive director of Beyond Pesticides. “USDA has violated a basic requirement of public accountability in the standard setting process, which is fundamental to public trust in the organic label and continued growth in organic production.”

Of course, opponents of the organics movement are not resting. The very day after this victory, the Senate Agriculture Committee introduced its newest version of the anti-GMO-labeling Denying Americans the Right to Know (DARK) Act. This “compromise” bill would allow the labeling of GMO ingredients, but only in the form of “smart labels” and QR codes only accessible to those with smartphones or via a 1-800 number or website.

“This is not a labeling bill; it is a non-labeling bill,” said Andrew Kimbrell, executive director of the Center for Food Safety. “This kind of labeling system is inadequate and inherently discriminatory against one third of Americans who do not own smartphones, and even moreso [sic] against rural, low income, and elderly populations or those without access to the internet.

“We are appalled that our elected officials would support keeping Americans in the dark about what is in our food and even more appalled that they would do it on behalf Big Chemical and food corporations. We will work to defeat this DARK Act just as we have before.”
*********

Other works by David Gutierrez

The Special Ed Epidemic: Uncovering the Answers (Part 4 of 4)

Three New “Non-Browning” GMO Apples to Hit Store Shelves! Here is How to Avoid Them