The unexplainable apocalyptic weaponized Infernos are some of the words used to express the sights and sounds of California’s bizarre raging fire sprees.

Shrouds of mystery and intrigue surround the Santa Rosa and Northern California fires as they defy the laws of physics, while nearby trees, shrubs and greenery are barely scorched, homes seem to have vaporized into ashes, while, tell tale facts don’t add up.

Californians state, these are not the average raging forest fires like years past, many are claiming these fires are acts of weaponized assaults connected to the Smart Meters on homes and businesses.

Are the local Governments partnered with the Military Industrial Complex the true Arsonists?

For over 40 years, Corporations such as Lockheed Martin, General Dynamics, Raytheon, Northrop Grumman, Boeing and others, have researched, designed, developed, and captured electromagnetic energy and elevated its power to create innovative Directed Energy solutions.

On the street, some Californians have reported seeing flashes of blue lights where fires were instigated with beams of high voltage energy. What type of forest fires leave trees intact, but vaporize homes without a trace? Appliances, granite countertops, toilets, textiles, stonework etc,completely vanished?

Where have all the people gone?

Firefighters reported “It’s like we’ve been nuked”, never seen anything like it.”  On the other hand, military intelligence agencies recently announced publicly, that they’ve been testing directed energy weapons (DEW’s) mounted to aircraft.

An anomaly like something out of a Sci Fi movie, baring the remnants of a war torn third world nation, and if survived, you wouldn’t be signing Kumbaya around these fires or roasting marshmallows for smores, more like praying your way through a nightmare, filled with loss and scorched dreams as described as weaponized arson and agenda 21.

How does one explain the drone footage over Santa Rosa and North California areas showing only houses and cars burned, while Trees next to are not?

California’s sinister Governor, Jerry Brown states “Devastating wildfires fueled by climate change are “the new normal”, vast fires, such as the ones that have ravaged southern California in recent days, could happen every year or every few years, “we’re facing a new reality in this state”.

Awh, No! Sorry Jerry Brown, what may look and feel like the “new normal” to you and your shadow counterparts, is an egregious and convoluted scheme. Your over reach in growing apathy reveals your pronounced arrogance and defiance in addressing the true nature of these fires, and you are witnessed among the masses as dangerous, more so than these arranged infernos, as the smells of corruption fill the air with a deadly toxic cocktail of enforced population control at the very cost of human life.

Some conspiracy rumors mention that California has been bought out by wealthy Chinese Developers years ago, they also mention there are maps in the planning, zoning and business development stages over the exact spots where fires have taken place, and these very properties will mark the new location of low income housing and rail ways of the future.

California wildfires have destroyed 260,000 acres, an area larger than New York City and Boston combined with over 1,000 structures and counting, across Los Angeles, Santa Barbara and Ventura Counties.

There was also at least 25,000 homes threatened by five wildfires according to the California Department of Forestry and Fire Protection, known as Cal Fire.

With the added cost of $55.6 million that grew to $10 Billion dollars and that was before the current fires began in Southern California, with about 95,000 residents who became evacuees. Almost 9,000 Firefighters from California, Arizona, Colorado, Idaho, Oregon, Utah and Washington State.

Santa Barbara County has suffered intermittent yet widespread power outages due to outages and surges leaving about 85,000 customers without electricity.

The Narrative reads “A series of 20 wildfires ignited across Southern California in early December 2017. That these fires were exacerbated by unusually powerful and long lasting Santa Ana winds and large amounts of dry vegetation caused by heavy rainfall earlier in the year, before drying out during the summer.”

Yet contrary to what is said in the MEDIA, and by sinister political figures, property owners have witnessed a bizarre pattern, disregarding the convoluted spiel being pushed off on them, No….People are speaking out and calling it what they believe it is, a form of weaponized assault against the Californian homeowners in an attempt to push them out and relocate them, but why?

Native born, Debora Tavares’, who is an activist against government crime addresses her investigative findings years in advance in an interview [Part I] with Jeff Rense in 2015 conclusively provides documented proof of premeditation of fire destruction of Sonoma and Mendocino Counties, in Northern California using microwave weaponry. Additionally, RFID trackers are being used to locate victims in the vaporized rubble that is left of former residence’s.

Part II will cover the logging companies efforts to provide massive fuel for West Coast forest fires using the hackn’ squirt tree destroying methods of the Fischer Brothers, of Levi Strauss Jeans and GAP Stores fame. This is all part of Agenda 21, which we will show is in full swing directly after the fires. 2011 PG & E and Cal PUblic Utilities Email exchange http://www.stopthecrime.net .

Directed Energy Weapons you will find information regarding the plans for war against the people in various documents. Silent Weapons for Silent Wars

Americans are praying for the beautiful State of California and it’s people… against the human infernos that endanger them.

The Tyranny of Defense Inc.

“In 1961, Dwight Eisenhower famously identified the military-industrial complex, warning that the growing fusion between corporations and the armed forces posed a threat to democracy. Judged 50 years later, Ike’s frightening prophecy actually understates the scope of our modern system—and the dangers of the perpetual march to war it has put us on.” ~Andrew J.Bacevich 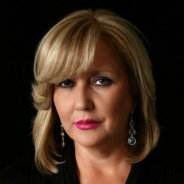 TLBTalk Radio: Back In The USSR Boy