Do you find this strange? The ABC executive that cancelled Roseanne is the same person who cancelled Last Man Standing and is married to Susan Rice.

To sit and watch all the different new world order species/races jockeying for a position to keep their heads above water and keep ahead of the last lie. Hillary Clinton didn’t win, and if you can’t believe it, it “WAS” Divine Intervention! Now the past president may be the first without a library and having to look for a job. Should have saved some money, but everyone though Hillary was in and they could continue to sin. Do you find this strange? The ABC executive that cancelled Roseanne is the same person who cancelled Last Man Standing and is married to Susan Rice.

Jacquie@Jacquie39428285
Do you find this strange?
The ABC executive that cancelled Roseanne is the same person who cancelled Last Man Standing and is married to Susan Rice

(ROSEANNE GETS CANCELED AFTER A TWEET. SMALLVILLE STILL ON AFTER ACTRESS IS CHARGED WITH CHILD SEX TRAFFICKING.) 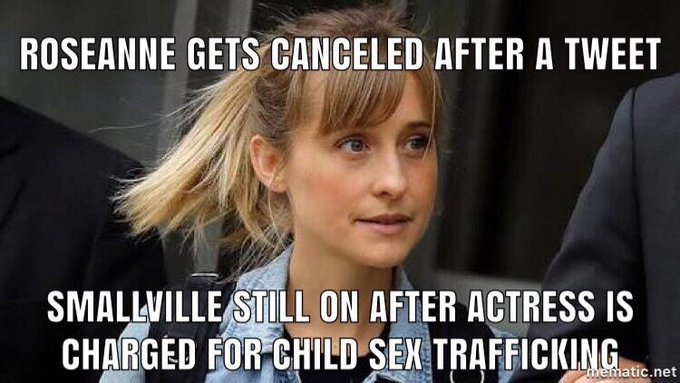 The Illuminati nwo/pedophiles in Hollywood! (2018)

(TLB) published this story from IWB with our appreciation for the coverage.

More about Weinstein from The Liberty Beacon:

Other related articles from The Liberty Beacon:

Pedowood: The Hollywood Complex At The Heart Of A Celebrity Child Sex Ring

Agenda 21/30, The United Nations & The Domestic Enemies From Within [Video]