Media signals ‘honeymoon is over’

The White House has been plagued in recent weeks with negative reports about President Biden’s press office coinciding with a series of messaging gaffes, and mainstream news organizations typically friendly to Biden have taken notice.

“It has been most interesting to see the establishment media try to adjust its coverage of the Biden administration. Mainstream media helped run cover for Biden in the 2020 campaign and for the early months of his administration,” DePauw University journalism professor Jeffrey McCall told Fox News Digital.

“But the media narrative that Biden was a unifier and that any national problems were just Trump leftovers just had to disintegrate in the face of cold reality,” McCall said. “Even the left-of-center media have had to grudgingly acknowledge that the Biden administration is struggling.”

“In a sense, the mainstream media is just now figuring out what the public has known for months,” he said. 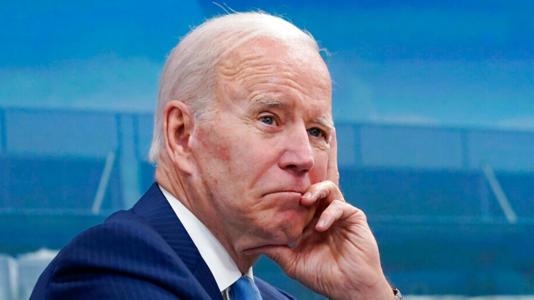 The White House has been plagued with drama in recent weeks as negative reports about President Biden’s press office coincided with a series of messaging gaffes. (AP Photo/Susan Walsh)

New White House press secretary Karine Jean-Pierre has frequently stumbled since taking over the podium last month when Jen Psaki left the administration. When grilled about a questionable claim made by the president during a speech to graduating Navy midshipmen last month, Jean-Pierre claimed she “did not hear” the part of the speech and declined to defend Biden’s claim that he was appointed to the academy in 1965, the same year he graduated from the University of Delaware.

“I can’t speak to it right now,” Jean-Pierre said.

Jean-Pierre has also developed a reputation for reading scripted answers from her notebook that conflict with Biden’s statements. Many reporters have already grown frustrated with Jean-Pierre…

Washington State: Residents Who Refuse COVID Test to Be Placed Under House Arrest

Is The Gaza Ceasefire The End For Netanyahu? (Video)