So now we are being told women may soon no longer be needed to create babies (actually the eggs) … it can all be done in a laboratory with no need for any second (female) party.

All I need is a few cells taken from my body, invite a few willing and eager sperm to the party, and abracadabra … a healthy bouncing baby boy! And while I’m at it I can edit the genes to eliminate any flaws my body may have suffered from.

I have written several articles in the past concerning “those who would play God” and every day we get closer to this reality.

What are the long term physical, psychological or physiological ramifications of this breakthrough?

Does this spell the eventual doom of normal parenthood?

Are we talking about a future planet populated with mini-me’s?

Mankind today cant even handle the irresponsible, and in many cases harmful, science it is loosing on the world in the form of GMOs, Vaccines, or Pharmaceuticals … yet now they are willing to throw the entire social structure of humanity into turmoil?

Will this being even be considered, or defined legally (you think I joke … NOT) as a human, not having been created with any female contributions?

Ladies if you felt second rate (and in many cases justifiably so) before, how does this make you feel ?

Will this give a whole new meaning to the saying “This Is A Mans World” ??

And if this being is determined to be, or classified as, a non-human entity can a corporation breed a strong and ultra healthy male with an extended capacity for physical exertion … and then mass produce this non-human for commercial or military purposes?

So as the scientific world endeavors to open Pandora’s box once again, not having learned a damn thing from the first go around … all we can do is sit back and hope they don’t throw a monkey wrench into human society that we many never as a species recover from.

The BBC is quoted as saying “Removing the need for an egg could have a wider impact on society…” and soon, scientists claim they will be able to combine sperm with ordinary cells in the body to create another human being, quite normal in all aspects.

This will make it possible for a single man can have his own child … Yea kinda like a mini-me. Or a gay couple could have a child without the need to have a female egg donated. The process success rate as we speak is already as good as one in four attempts.

What I leave you with is a lot of serious but unanswered questions concerning one the most basic premises of humanity … It takes a man and a woman to make a baby, or at least one (lucky) sperm from a man and one egg from a woman. The future we are striding towards is exciting and scary at the same time, but  in my opinion (you are free to share or discard) someone needs to put the breaks on “Those who would play god”

About the Author: Roger Landry (TLB) spent about three decades of his adult life either in, or working for the military, with about two decades working directly for the Military Industrial Complex facilitating DOD contracts. His awakening to Political, Economic, and Health realities was less than seven short years ago. Since that time he has founded The Liberty Beacon Project (TLB) consisting of over a dozen proprietary global websites, media projects such as TLBTV, and partner websites across the planet. He contributes regularly to multiple forums both in and outside of TLB Project. Most of his work can be found on the TLB Flagship website TheLibertyBeacon.com 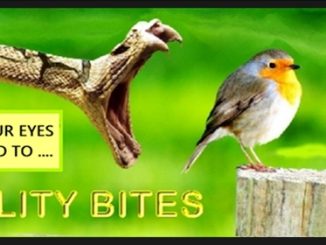